The Second Child: How Parenting and Pregnancy Differ Among Children

Published by Jennifer Burby on November 1, 2016 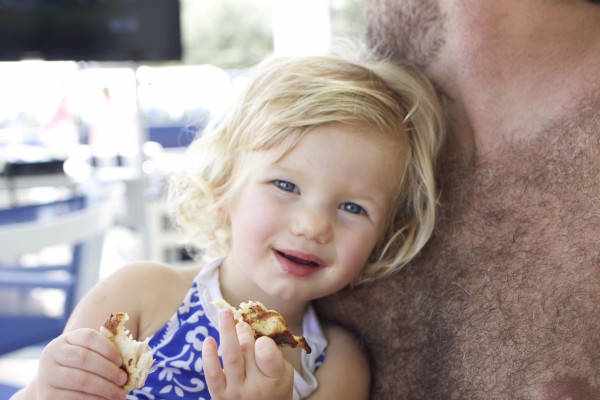 When I was pregnant with my first child, I routinely stayed hydrated with water, anxiously awaited doctor's appointments so I could stay apprised of the baby's development, was terrified of taking anti-nausea medication because of the child born with lobster claws in the Daubert case (lawyers, you know what I'm talking about), and diligently avoided tuna and shellfish.

With my second child, I was downing five cups of coffee per day, "forgetting" about doctor's appointments, popping Zofran with reckless abandon and, in desperate times of starvation, eating Cuban sandwiches straight off convenience store shelves. (Putting the sandwich in the microwave will kill the Listeria, won't it?).

With my second child, the five-second rule became the five-minute rule. I breastfed my first child for three days. My poor second child didn't receive even a drop of colostrum. Hey, it wasn't for me.

With my first child, I was terrified to leave the house and risk exposure to germs. I took my second child to a zoo with my then-toddler in the dead of summer when she was ten days old. (Maybe if I expose her to lots of monkeys, she'll be immune from the Ebola virus when she joins the Peace Corps in 2032).

When I was pregnant with my first child, I was consumed with the "newness" of the entire experience. I found myself saying things like, "Oh my God, I just felt her kick!" and "Jason, get the camera, it's time to take the 9-week belly picture for her album!"

When I was pregnant with my second child, the conversation became, "I can't freaking sleep because she's kicking my ribs!" and "If I rub my skirt really hard with a stain removal stick, do you think anybody will notice the vomit residue? I'm too huge to bend over and change." When I was pregnant with my first child, my baby bump became a photographed shrine. With my second child, it became my first child's pillow and, occasionally, chair.

On the same token, when I was pregnant with my first child, I was a panicked, uncertain mess. With the second child, I had an idea of what to expect and didn't have time to stress about the pregnancy because I was so busy chasing a toddler while juggling a career and marriage and attempting to reach Domestic Goddess status. (Never made it to the latter).

With my second child, I knew that most of what I thought mattered during my first pregnancy didn't really matter at all.

What won't matter, dangit, is whether I ate and enjoyed a giant slice of brie during my pregnancy.