The Roller Coaster You Never Intended to Ride

Published by Tarah Kessel on November 9, 2017 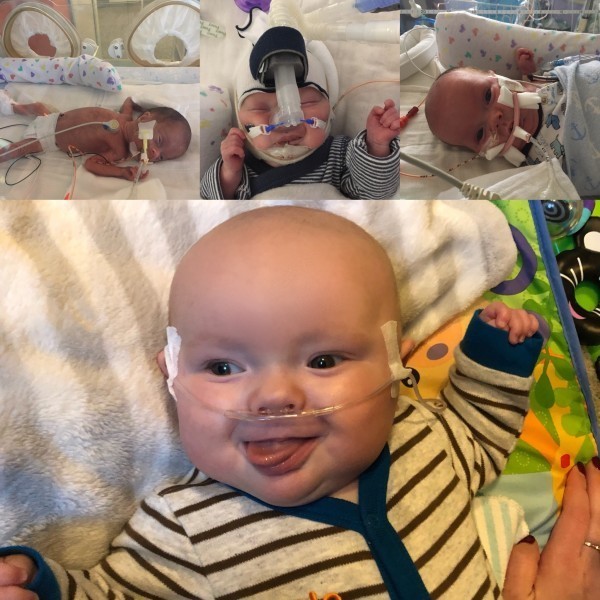 I never thought my first pregnancy would end with an extended stay in the NICU with my micro-preemie son. All signs and doctors appointments during my short 26-week pregnancy pointed toward a healthy full term pregnancy. Ten days before my son decided to show his beautiful face, I had an ultrasound. Everything looked normal. He was measuring perfectly and had everything he needed. In those 10 days something happened that changed the outcome of the pregnancy.

On Monday, April 3, 2017, I went to work just as I always did. I had just hit 26 weeks that day in my pregnancy. I was starting to show and people were finally seeing I was pregnant and not just gaining a few extra pounds. About halfway through my day, something did not feel right. When the baby was inside, I called him my little ninja. He would move and kick all day. That day was different. He would move but it was slow and the kicking was not really strong. That evening I went home and used my at home Doppler to find the heartbeat. It normally took me maybe a minute to find it but this time, it took closer to 5 minutes to get it and it sounded slowed and muted. Now I was very scared. I have a friend who is an OBGYN and I called her. She said if I hadn't felt 10 kicks in 2 hours I had to go to the hospital. Thinking about my day, I don't think I felt 10 kicks all day. I started pacing the house deciding if I should really go to the hospital. I kept thinking I was fine and just scaring myself. They were going to send me home telling me I was "the crazy pregnant lady." My husband basically dragged me to the hospital anyway to make sure we were OK. It was best decision he made.

We got to the hospital and they hooked me up to a fetal monitor. So far so good. After close to 30 minutes, it happened. What was causing me to feel weird all day. His heart rate started to decelerate. It quickly went back up but it happened again and again. They admitted me for observation that evening. The next morning I had extensive fetal imaging where they saw he has now dropped into the 10 percentile and he had a single umbilical artery (SUA). Since the heart rate episodes kept happening, the high-risk team decided I was to stay in the hospital until the baby came. They wanted to get me to at least 30 weeks gestation. 30 weeks! That's 4 weeks in a hospital bed, maybe longer. I was scared, mad, stressed, you name it. They said during my stay, if the heart rate decelerated for more than 10 minutes without going back up I would be rushed to the OR for a crash C-section.

Wednesday night is when the episodes started to happen more frequently and for longer periods of time. The high-risk team came rushing in Thursday morning to tell me that there is a good chance he is coming today and they wanted to start me on magnesium and get at least 12 hours of flow in me before doing the section. I called my husband and told him to eat and come back to the hospital because it was probably happening later that evening. That game plan lasted all of 45 minutes. I was being rushed into the OR at 7:55 a.m. because the heart rate was not coming back up. Once in the OR, the high risk OBGYN and the anesthesiologist were deciding if they had time to do a spinal. They agreed no time could be spared so I was placed under general sedition. At 8:22 a.m. on April 6, 2017 my beautiful 1-pound, 12-ounce, 14-inch-long miracle was born. We named him Liam.

Now the real roller coaster began. When people tell you in NICU experience is always "one step forward, two steps back," they are not lying to you. My first time meeting Liam he was on a ventilator and under bilirubin lights. His eyes were still fused closed and he looked so helpless and so small. I was afraid to get close, to touch, or to love him. I was afraid I was going to lose him.

The days went on and he got a little bigger and a little stronger. After 2 weeks, I was finally able to hold him for the first time. A team of nurses came to slowly and carefully move his ventilator and place him in a kangaroo hold on my chest. From that moment on, my guard went down. I fell instantly in love with my precious son.

Over the next 6 weeks we had several attempts to extubate him to a CPAP machine, but they were failures and he would have to be placed back on the ventilator. They also confirmed he had an open PDA valve in his heart which could also cause issues with oxygenating and lung development. During that time he also contracted a staph infection and was placed on a slew of powerful antibiotics which was a major setback for us. Finally, after Memorial Day weekend, we were able to extubate him with the assistance of steroids to a CPAP machine. Liam was comfortable on the CPAP machine for a couple of weeks before he started to show signs of pulmonary hypertension. They said it was now time to decide if he should go in for heart surgery to close the PDA valve.

Two days later, we were transferred to another hospital that specializes in this type of repair. Liam had his surgery on a Thursday and we were back at our home hospital by Saturday. Everything seemed to have worked out, until Sunday morning. I showed up at the NICU to find out he was fighting the ventilator (they had to put him back on a vent for the surgery) and still wasn't ready to extubate. As the hours went on the support he needed got greater. His oxygen requirement which was normally about 27-30% (room air is 21%) was now up to 80-100%. I remember thinking, "This is it. This surgery is what will take my son away from me."

They placed him on nitric oxide to help keep his lungs open. Over the next 10 days, he was fully sedated, NPO (no food), and just lying there helpless. I could tell the doctors were not confident he was going to make it out OK, but my fighter beat the odds. He started to require less nitric oxide and less oxygen, which meant less sedation. They did yet another round of steroids and he was able to be placed on a high-flow cannula and moved out of "critical" care and into the NICU general population rooms.

The next six weeks were spent getting him to need less oxygen, feeding, and growing. The feeding was an issue. He was vented for so long that he was having issues with nursing and bottles. We tried for several weeks before the doctors suggested a gastrostomy tube in his stomach to supplement what he couldn't take by mouth. He was still using so much energy to breathe, he would tire out while eating. I was not pleased with this game plan but it got him home. We decided since he already had a hernia that needed repair that we would do the G-tube at the same time.

Then we had another surgery to worry about, another time when he would need to be reintubated to a ventilator, and I was scared he would not come off or have issues like with his heart surgery recovery. Joke was on me: my warrior came out of surgery and within two hours he was extubated and recovering well. He had this surgery on a Thursday (there must be something with Thursdays because big things always happened on Thursdays with him).

That next Sunday morning, the doctors did their daily rounds. The head neonatologist looked at him and looked at me. The one thing I had been waiting to hear finally happened: "Bring in the car seat!" I about cried and fell out of the chair. At this point we were on day 136 in the NICU.

Today Liam is 7 months old — 4 months adjusted. He is home on oxygen and thriving at 13 pounds and 22.5 inches long. He is my miracle. He is proof miracles do happen. 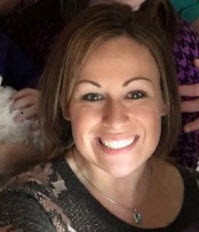 A Diagnosis Before Birth
Just when you thought the NICU journey was over..
A Journey of Hope: Hospital residents no more - two years of miracles
advertisement

A Diagnosis Before Birth
Just when you thought the NICU journey was over..
A Journey of Hope: Hospital residents no more - two years of miracles