The push and pull of parenthood

Tonight as I was figuring out dinner, my youngest son came to me and asked why summer goes by so fast.
"Mom, why does everything we love doing go so fast, but the hard stuff goes so slow?"
I thought about it for a minute, because to be honest, just like him, I hate how quickly summer disappears. Then I thought a little more, and I realized how right he is, time does seem to fly by when we're in the middle of doing something we love.
I looked at my sweet boy, and I replied with a simple response. "Well bud, life is weird like that. We have to climb a hill to get to where we want to go, which can take a while, but once we get to the top of that hill, it takes a lot less time to get back down."
He looked at me as if I were speaking another language. He wasn't wrong. To be honest I had no idea how to answer him. I stood in my kitchen having one of those, "I'm a moron" mother moments, and I thought about how I should have answered him. I quickly went to get him.
There they were, my oldest and my youngest sitting on the porch together talking. So I decided to leave them alone for a bit.
I thought about the fact that they don't remember life without each other, only I do. I remember the miscarriage between them and wanting more than anything to give my oldest a sibling. I remember time standing still when I took that pregnancy test. I remember time standing still again during our first ultrasound.
I remember time speeding up when they met, only to slow down again when we weren't sleeping. I remember a lot of time standing still only to quickly move at warp speed. That's the push and pull of parenthood. It's like winter and summer. It's the hard stuff followed by the great stuff, only for the hard stuff to show up again. Parenthood is an ever changing season.

As I watched my boys talking on our porch, I wondered what they were giggling about together, and I realized this is a moment that will go by in a blink. You see, parenthood can be a lot of winter, but when the summer arrives we want to breath it in, soak it up, and freeze time for a while. It's the winter though that makes us relish the summer. So we keep pushing through the hard stuff to get to the good stuff.
Tonight, as I watched my boys lean on each other for the answers I didn't have, I realized just how much we need the winter. It's during those months that we start longing for the warm summer nights. It's during those months that we realize just how great these summer days and nights are.

If I had to answer my son now, I would tell him, the hard stuff feels like it goes slowly because we are meant to learn something from it. We are meant to experience it, take it in, and become better because of it. The good stuff goes by quickly, because we took what we learned from the hard stuff and made it good. The good stuff doesn't just happen. We create it from the bad stuff.
Parenthood is funny like that. It's the good and the bad happening all at once. It's a push and pull. It's a rough winter followed by a beautiful summer. It's a long climb up the hill, while time moves at a rapid pace. It's a small moment that stops you in your tracks and makes you realize how worth it the climb is. Keep climbing, love is waiting on the other side and in the end, all the moments, both good and bad, are worth it. 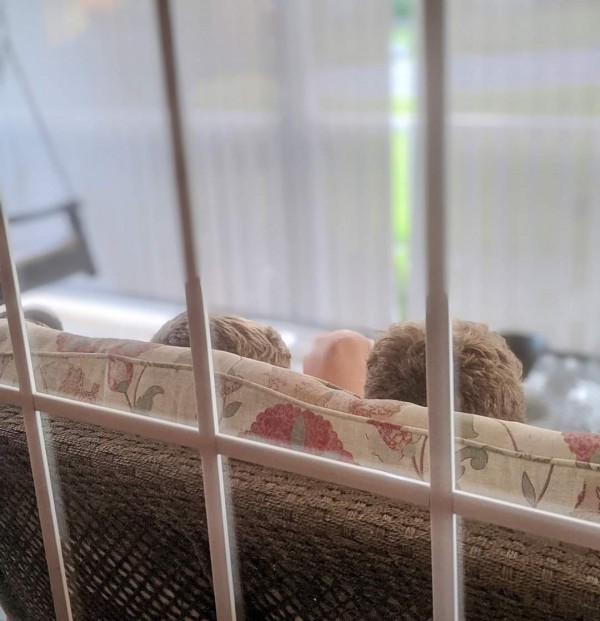 Family Adventure is HARD, but Worth it!
He doesn't remember our first kiss
Radical Hospitality
advertisement

Family Adventure is HARD, but Worth it!
He doesn't remember our first kiss
Radical Hospitality