The only way to teach kindness is to BE kindness 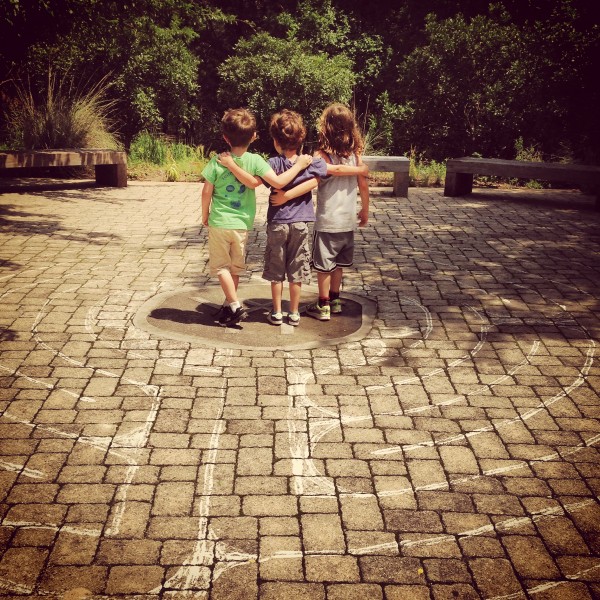 Carmela worked in what they used to call a “sweat shop” in the garment district of Passaic, New Jersey. Her job was seasonal, and when she was out of work she walked to the unemployment office for a stopgap.

“Your father puts the bread on the table, and I add the jelly,” she told her youngest daughter with a smile. They didn’t have much, but she had lived through the Great Depression and was used to doing more with less.

She didn’t show up at the unemployment office empty handed, though. She came bearing gifts of sandwiches for the workers inside, who were often stuck at their desks with long lines of people waiting.

My grandmother, Carmela, was my first kindness mentor. Every time she saw a neighbor, or the garbage man, or the mail carrier, she offered them something from her kitchen: a cookie, a juice box, or something she just made. Carmela was social, and she knew everyone in the neighborhood. People were constantly stopping by to see her, gifts in hand, and she always had something in return. She led by example, her lessons taking root in first my mother, and then me.

For my entire life, my mother has always been the first in line to offer help and kindness to anyone who needs it.

In fact, for many weeks, my mother kept vigil at the bedside of a friend who suffered a double stroke. Every day, she arrived in the morning and left in the late afternoon, breaking only for lunch at the hospital.

This is not one of her best friends. It’s not someone she sees often. But it’s someone who means something to her in her life, and she feels that being there for her is where she needs to be.

“It was snowy and cold outside, but I had another appointment and I was out, and I thought I should go and sit with her,” she told me when she first heard of her friend’s stroke and stopped to visit.

“Are you going to go every day?” I asked her, after a few days.

“Yes,” she said. “No one should have to sit at the hospital alone.”

And so she did. Every day, she greeted other visitors and mutual friends, brought cards and scrapbooks, and read to her. When her friend opened her eyes and started to talk again, my mother was there to hear her start over with her life. Now that her friend is at home, my mother goes to see her every week and makes sure she is getting out of bed and staying active, gently but firmly nudging her.

My mother has always shown me the way to doing the right thing. She doesn’t shy away from funerals or miscarriages or heart attacks. She brings meals to families who need help. She knows what to say in every situation; and even if she’s not sure, she makes her best effort. It’s nice to be nice, she reminds me.

And now, I see it again, passing down the line. I bring him with me when I drop off homemade cookies. Or share a book with someone. Or just come and sit. If I make half the effort my mother and grandmother made, I am doing something good. It doesn’t have to be a big thing in time or money to mean something big to someone who needs a little help.

It hit home for him this summer when we were visiting downtown Chicago, and we passed a woman with a little boy perhaps a year or two older than my son, sitting on the street with a sign asking for help. I stopped and dug in my purse and found some cash, and handed it to my son, along with the half of a pizza we had left from dinner.

He walked to her and handed her the food and the money, and when he returned, he was somber. On the way back to our hotel, we talked about what five dollars might mean to that little boy, and how little he had. I could see his little brain trying to understand it all, and we’ll keep working on it.

Do you want your child to learn how to be kind? Show him.

How one man at Hobby Lobby taught us what Kindness really SHOULD be.
I Joined A Moms Group, But Everyone Hated Me
Time to Worry: Helping our kids (and us) through anxiety-producing times.
advertisement

How one man at Hobby Lobby taught us what Kindness really SHOULD be.
I Joined A Moms Group, But Everyone Hated Me
Time to Worry: Helping our kids (and us) through anxiety-producing times.