The NICU broke my heart, but love wins!

Published by Kelly Hubbard on November 12, 2017

"Am I alive?" I woke up in a dark room unsure of what had happened or if I was even alive. The last thing I could remember was being wheeled into the operating room where people were shouting and yelling. The room had been thick with panic and I was trying to communicate, but I could not.

So, when I woke up in this dark room, my first questions were, "Am I alive? Where is my baby? Is she alive?" As I searched my bed for an alarm or a call button, my c-section incision pulled and seared. The pain was intense and hot, but also a welcome sign that I was alive and I had given birth. After what seemed like forever, a nurse entered the room and I burst into questions about my baby. "What happened? Where is she? Is she alive? Is she OK?"

The nurse pointed to the bed beside me where my wife was sleeping soundly. "She (your wife) passed out during your c-section," the nurse said with a serious look, "You scared us all." My wife started to stir and I started to call out her name. "Joyce, Joyce! The baby! Where is the baby?!" She woke up and I pleaded with the nurse to tell me about my baby. She said that my baby was in the NICU and that I would see her in a few days. "A few days!!" I screamed, "I need to see her now!" My first baby had also been in the NICU and I knew it well, but this was much different. This baby was a 30-weeker and I was much sicker. The nurse said I was too sick to go anywhere and I would have to rest for a few days. I begged, cried, pleaded, and sobbed.

My wife decided to FaceTime me from the baby, our Ruby, so I could see her in the NICU. Our sweet baby was so very small, barely 3 pounds and was connected to a ventilator. She had not received the steroid shots to help her lungs, as her birth was an emergency. My sweet baby was a floor above me, but felt like a million miles away and I was not allowed to see, touch, feel, or connect with her. She was in a scary hospital enduring pokes, prods, surgical procedures, and intubations, yet she was all alone and away from the only voice to bring her comfort, her Mommy's. "Would she think I abandoned her? Was she scared? I had to be with her!"

As days turned into weeks, I was discharged without my baby and the NICU became a home for our whole family. We had our scheduled hold times, feeding times, bathing times, and rounds. We did not feel like parents of a newborn as each hold, touch, or interaction had to be approved by the physician and nurse. Each milestone felt like a mountain. First, we had to conquer breathing: ventilator to C-pap, to cannula, to room air. Next, we had to try eating and digesting. Ruby's digestion did not cooperate at all. We had to stop and start feeding so many times, as her intestines were not ready to work.

One day, I left in the morning to have lunch with my toddler. When I returned an hour later, I called back to enter the NICU and I was told to wait for the doctor in the lobby. The tears began to flow and the pit I had held in my stomach since the traumatic birth started to swallow me whole. I started to crumble to the floor when the doctor arrived to take me to a small, conference room. She started talking about "infection" and "lack of immune system." I am a microbiologist by trade, but this was all sounding foggy and foreign. Not. My. Baby. Dear God, do not take my baby. My baby had necrotizing enterocolitis. The nurse had noticed that Ruby had not been able to keep a stable oxygen saturation. She also heard a high-pitched whine emanating from our tiny Ruby.

The recovery was long and difficult, but she DID recover and we began to conquer the eating and digesting milestone at her very own pace. She started to gain weight slowly, but surely, and even started to try bottle-feeding, which was another roller coaster of great feeds and refusals to even take a bottle. She was tired and we were tired, but we never gave up.

She conquered the open crib, maintained her body temperature, and even passed the car seat test, but she started to act lethargic and not as willing to eat. So, they did blood tests and discovered she would need another blood transfusion. We felt like we were kicked in the gut as we were discussing discharge, only to learn that we needed another couple of days for the transfusion.

Each day in the NICU is full of celebrations and times of deep sorrow. Sometimes, these events can happen to the same family in the same day. Other times, you see your neighbor families struggling, grieving, and crumbling before your eyes as you pray that this won't also happen to you. The NICU is as close to a war zone as I have ever been or ever want to be. Babies, parents, and medical professionals are all fighting battles of life and death.

When I left the NICU after a nearly 3-month stay, I knew I could not leave these parents and future families-to-come without providing some support. So, I started the first FaceBook NICU Support Group for our local community, which now has over 450 members. I also started a not-for-profit, Mommy Hubbard's NICU Cupboard, to provide a care package to each NICU family at our local hospital. We need to care for each other as the NICU is a difficult place for any family. The NICU broke my heart, but also led me to a greater purpose of supporting future families in the NICU. 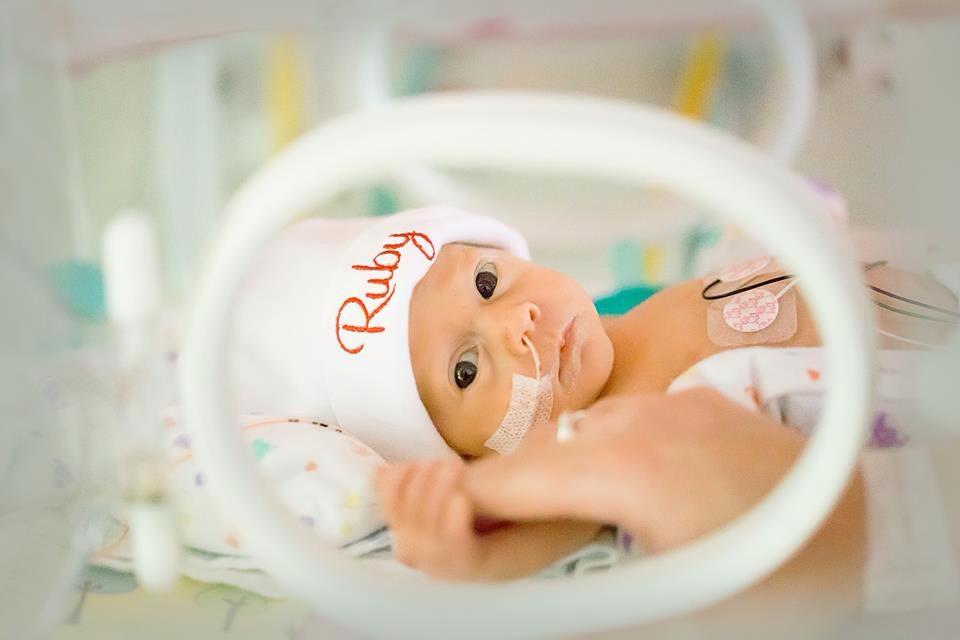 I am a mom to a 6-year-old boy and a 3-year-old girl who are both NICU miracles. I started an online NICU Support Group in my community, which now has over 450 members. I also am the Founder and President of Mommy Hubbard's NICU Cupboard, a not-for-profit which provides care packages to every family in our local NICU.

10 hours and 13 days. The Conner twins
Ellie Mae
Just when you thought the NICU journey was over..
advertisement

10 hours and 13 days. The Conner twins
Ellie Mae
Just when you thought the NICU journey was over..