Published by Victoria Oldridge on February 22, 2016 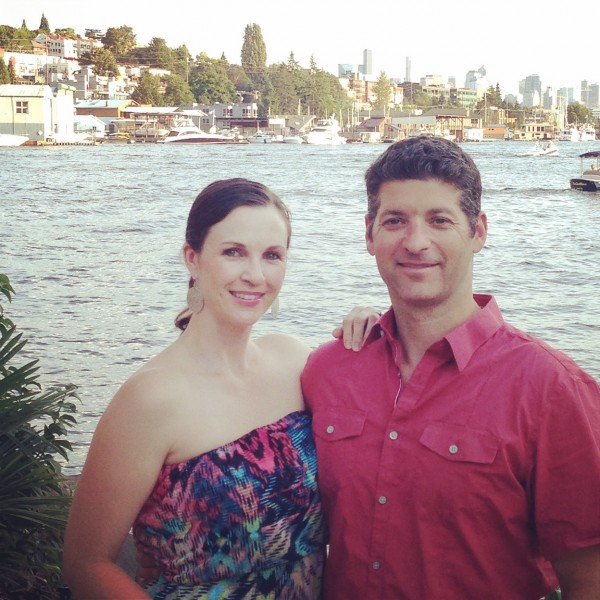 In the hour before our son made his grand entrance, my husband, Adam, and I enjoyed our last pre-baby meal at one of our favorite Italian spots, holding hands between bites, discussing future dreams for our son, and wading through early contractions, each one signaling that our little boy was closer to our arms.

That spontaneous, carefree dinner was symbolic of the prior four years we had spent together: From impromptu adventures into the jungles of Costa Rica, base of the Egyptian Pyramids, maneuvering Moroccan souks and Turkish Mosques, to Saturday morning triathlon trainings and impulsive visits to confectionaries on our way to art exhibits; we were two peas in a rhythmic, reliable pod.

Swirling in a sea of adoration, adrenaline and awe, Adam and I hardly slept even a few minutes during our first night in the parenthood whirlwind -- it was the beginning of an extraordinarily new bonding experience not only between the two of us and our baby, Landon, but also Adam and I.

The initial post-partum months wrapped in exhaustion, hormone fluctuations and the anxieties of newfound motherhood, were tempered by our daily ritual as a threesome – strolls in the park while we marveled at the ways Landon gazed at the passing leaves, weekend mornings lying in bed with fluttering baby fingers and toes between us, and ceaseless strings of wonderment that this helpless, miraculous being was part of us and us of him. The adjustment to that time period wasn’t easy but every fiber in me was filled with solace that I was exactly where I wanted and was meant to be.

Months later, I joined a couple of playgroups in the area where, during some of the more candid discussions, I heard a common theme from the women: “My husband and I can’t finish a conversation, much less a sentence, when we see each other at the end of the day.” “There’s always something sudden to take care of – the baby cries or there’s a blow-out diaper or something,” some explained. At that early stage, we were all in the throes of dinnertimes that consisted of 'baby food dodge ball,' intertwined with milk-pumping sessions, projectile vomit and tension-provoking cries at varying intervals. All of this excitement produced nightly games of ‘three word ping-pong,’ with our spouses -- a catapult of partial sentences in the midst of chaos that was somehow supposed to produce coherent communication.

As Landon grew a bit older, I noticed the pre and post-baby transition with other friends of ours as well. One parent paced the restaurant to calm his restless little one while the other savored a few moments to converse, though simultaneously expressing, “I wish we could all sit down here together.” One friend with an eight-year old, explained, “I just want to be able to go on a nice long bike ride with my husband. I need that with him.” Another saying, “I’ve hardly been able to speak to her all week.” The men were feeling it, too. 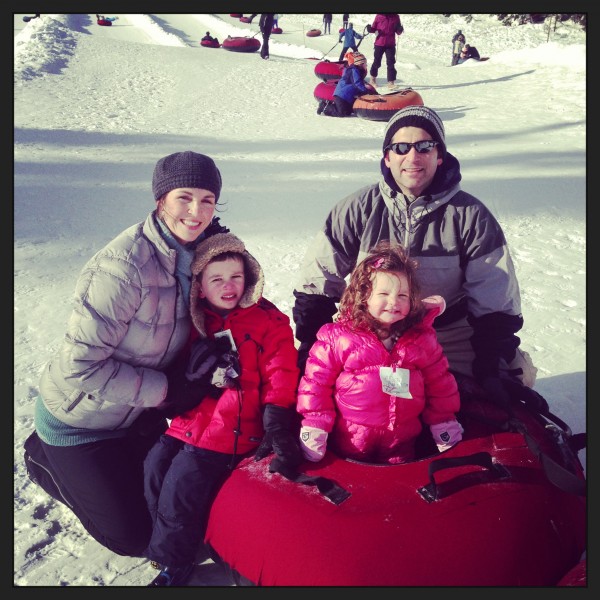 Within two weeks of Landon’s birth, Adam and I implemented a weekly date night; a couple or few hours out in the early evening to dinner, a long walk or visit with friends with baby in tow. It was the best modification at that time for us to infuse a healthy, weekly shot of the twosome while also keeping Landon with us. But it wasn’t until we started branching out months later as a solo act on dates that I started to get more of a glimpse into the nostalgia of the couple that existed months before. Still, I was missing my husband.

Friends began sharing their ‘tools’ for chasing more minutes or hours with their husbands; some waking up long before the children to enjoy breakfast together, others leaving affectionate notes in his or her work bag.

Nearly two years after Landon’s arrival, we became a foursome and later this year we’ll be a fivesome, since adding a few more tools to our box. Despite the energy train not always in our favor, in addition to date nights, we seek pockets of time to connect throughout the week – mid-week lunches, more frequent text messages or phone calls (imagine that), before bed TV replaced by conversation, and pausing to remember to elevate the challenging times with some self-deprecating humor. 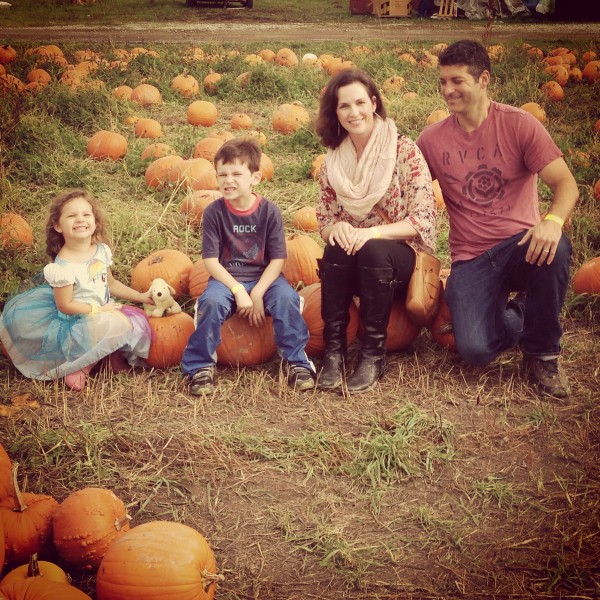 “How’s Adam?” a friend asked during lunch last week. “He’s good,” I replied. “But even though I’m physically around him quite a bit, I still miss him and crave more time with him.” With tears in her eyes, she said, “That’s one of the most beautiful things to say. I don’t hear that often when people speak about their spouse.”

Now, many of our special moments as a couple oftentimes surface as a fleeting embrace as we watch our son passionately playing soccer or holding hands as our daughter – innocent and blissful – gathers flowers in her tiny hands. Sometimes it's a million- word conversation enveloped by a simple glance through the monkey bars from opposite sides of a park that reminds us we're in sync. And, the days and evenings of lobbing fragmented sentences in between carpools, homework, bath time -- and soon again ‘baby food dodge ball’ -- are an inevitable rite of passage of sorts.

My friend’s lunchtime words dawned on me for the first time, that I might always mourn aspects of the twosome Adam and I once were even as we continue to appreciate and adore the foursome we are and fivesome we’ll be. And even as I bask in our momentary hours as a twosome, it’s ok to know that I’ll still miss him.

Victoria is a journalist whose work has been featured for NBC's TODAY, BBC News, Maria Shriver, Yahoo and HuffPost. She enjoys the investigative journalism process, conducts high-profile interviews, writes essays and is a self-professed chocoholic travel junkie.

Don’t Risk Putting Your Child’s Dreams on Hold—Get an Advanced Diagnosis
Do you know your children as individuals....or just as "My Kids"?
Wedding Bands
advertisement

Don’t Risk Putting Your Child’s Dreams on Hold—Get an Advanced Diagnosis
Do you know your children as individuals....or just as "My Kids"?
Wedding Bands