The Mental and Physical Benefits of Video Games

Published by Rickycarter on January 7, 2020 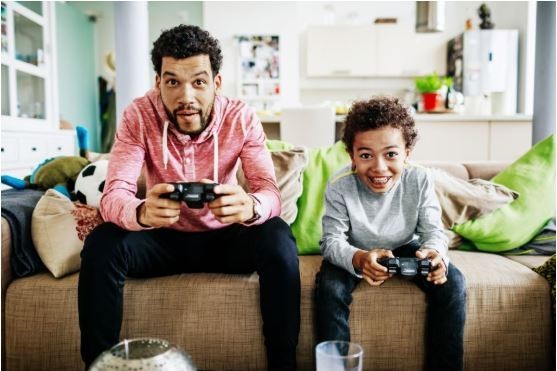 Gaming is often derided in some circles for the perceived downsides of the hobby, and many people seek to limit the access children have to video games. However, gaming can provide a range of positive influences on young people – provided they are used responsibly. From cognitive improvements, such as better problem solving and encouraging teamwork, to health changes such as improved hand-eye coordination and better physical fitness, the right games enjoyed the right way can be beneficial to kids.

To gain the positive influence of gaming (while limiting the potential negatives), it's important to set some rules and boundaries around play. For example, setting a time limit on play can help reduce the risks associated with excessive screen time, such as an increased risk of obesity, lower levels of concentration, and less energy. Encouraging regular breaks, every 20-25 minutes or so, will help minimize any potential adverse effects.

Creating a healthy gaming environment can make a big difference too. While ergonomics has been common in office spaces for a long time, it's only recently that gamers have started to consider the optimal setup at home. Things like screen height and position can help reduce eye fatigue, while sitting in the right position can help reduce the risk of posture issues and back pain. This is particularly important when kids are gaming on a phone or a tablet, as the natural urge will be to 'curl up' when holding the device.

As gaming continues to increase in popularity, gaming developers are trying to integrate health and fitness into some games. Wii Fit was one of the more popular games on the old Nintendo system, and a spiritual successor called Ring Fit has just been released on the Switch. The game requires players to run, jump, squat, and more to defeat enemies when playing the game. It's a great way to get them moving while allowing some gaming time as well.

The growth of VR gaming is also encouraging gamers to get up and move more when they play. Most VR games require players to be standing at the very least, while some require far more physical activity than traditional console gaming. From basic interaction with the environment to swinging swords and throwing punches, there is often a decent workout involved when playing games in virtual reality.

With so much of modern gaming taking place online, the social health benefits of gaming are extremely important now as well. The majority of communication between older kids is digital, and often they prefer to ‘hang out’ online as much as in person. As with most aspects of gaming, it’s important to set some rules and boundaries around this as well.

Many online games have open chat systems, where players can all communicate through voice and text. This presents a number of potential issues, particularly for younger children, as it often leads to bullying or harassment by other players. One option is to remove the chat option altogether. However, this limits their interaction with friends. The other is to make sure they're playing in a secure environment, and only with people they know. Minecraft, for example, allows players to run private servers where they can control who has access. Companies like Apex Hosting offer a range of game servers to allow players to play online with friends, avoiding the toxicity that often comes with public game servers.

By ensuring they play in a safe environment and regularly monitoring their chat logs for any issues, online gaming can be a great tool for improving communication in children.

As well as being entertaining, there are a lot of general life skills that kids can learn from gaming. Many games involve complex puzzles, which teach creativity and problem-solving. Some involve working together to reach an objective, teaching team-working skills they might otherwise not develop.

You may also find that kids may develop an interest in playing a real sport as a result of enjoying the video game version. Some of the biggest game releases each year are based around popular sports like basketball and soccer, and kids may take their interest in the game offline if they find it fun.

Finally, games can be a good way to bond with your kids over something they enjoy. While you may or may not be a gamer yourself, kids will often enjoy the fact you're trying to spend time with them doing something they like. To use Minecraft as an example again, games can be extremely slow-paced and don't require much ability to join in, so there's no reason not to get involved. You may even find your virtual adventures bring you closer together!

Despite the negative image many people have of video games, there are also a lot of positives to the hobby when it’s enjoyed the right way. Instead of being demonized, gaming should be encouraged in moderation to help kids develop skills they might otherwise miss out on. 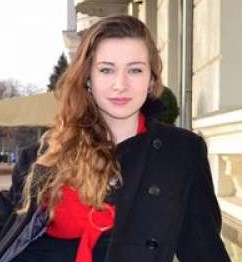 I'm a Creative Writer, I'm also a a self-proclaimed happiness junkie,and someone you would generally consider confident and well balanced. I would say it is more accurate to say that I live a normal life along with all the usual stresses that come with life and running a business. But. no matter how messy my hair is, or how much falling apart I seem to be doing at the moment, I LOVE IT ALL!

Why Mobile Phone Games are becoming increasingly popular for children?
How I Found a Community in Gaming
Kids Gaming Addiction: Tips & Prevention
advertisement

Why Mobile Phone Games are becoming increasingly popular for children?
How I Found a Community in Gaming
Kids Gaming Addiction: Tips & Prevention