The Marks of a Good Summer 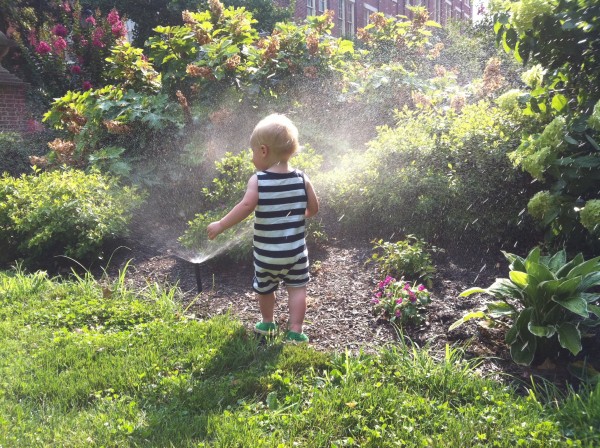 A pediatrician friend of mine saw my son and I walking home from the park and after taking one look at his legs said, “wow, now those are the marks of a good summer.” His legs were speckled with bug bites, scrapes, and dirt. My husband was once asked on the playground whether or not our son had chickenpox, which reminded us that we needed to buy a stronger insect repellant.

As I looked at his little legs though I agreed with my colleague and remembered the scraped knees and bruises of my own childhood summers. His legs told a story of a child who spent most of his time playing outside. He was swimming, riding bikes, climbing, digging in dirt, and playing soccer. And while we lathered him in sunscreen and insect repellant, he was still bound to get a tan and some bites just from the number of hours he spends outdoors. I don’t like him to take too many risks, but there is also something to be said for letting children play and learn (with adult supervision and guidance). I am happy to say that he watched very little television all summer. When the weather forced us inside, we played with trains, colored, or cooked. It was an active Summer, full of imagination and adventure.

So as we enter into our next Summer, we may have a few new scars, bumps on the head, and tan lines, but we will have memories to go along with each one that will last a lifetime.

[A version of this post appeared earlier on Mommy Call blog: http://mommycallblog.com/2013/08/27/the-mark-of-a-good-summer/. The opinions expressed here are my own and do not necessarily reflect those of my employer, The Children's Hospital of Philadelphia.]

The Grasshopper and the Daddy Long Legs
Some People Don’t Like Flying with Kids!
The Day I Lost My Son
advertisement

The Grasshopper and the Daddy Long Legs
Some People Don’t Like Flying with Kids!
The Day I Lost My Son