The Gift of Parenting THAT Kid

Published by Amy Betters-Midtvedt on January 17, 2019

He’s the kid who never listens the first time.

Or even the tenth.

You can pick him up out of the line up in the school hallways.

He’s the one who doesn’t walk in an orderly fashion. He runs or spins or stops in his tracks if something catches his eye.

He has a hard time keeping his hands to himself.

His handwriting and spelling don’t betray his intelligence...you might be fooled into thinking it’s all a struggle if you’re not paying attention.

He’s the one making all the noises with his mouth, only stopping when his siblings finally yell at him.

His heart sometimes breaks a little because he’s not always sure why what he’s doing is so wrong.

His ideas come out in a jumble and you have to slow way down and look in his eyes to listen.

His ideas are just too big and too fast for his head it seems and so they come out in any old order.

But he needs you to hear him.

His energy cannot be contained by walls and he seems to take up so much more space than his size.

He tries every ounce of your patience if you’re trying to get somewhere.

You might send him to put on his boots and he’ll come back with a new LEGO creation.

Time has no meaning when a new plan strikes.

He can understand stories on a level well beyond his years and will floor you with his insights.

He is smart as a whip yet school isn’t always his jam. He’d rather talk about why Sally is giving away 24 of her apples instead of solving the story problems in math.

He loves fiercely and deeply and without reservation.

He will tuck a blanket around you if you look cold and will always share a bite of his cookie.

He can read your emotions on your face and will always know who is lonely on the playground.

He runs to open your car door and will insist on carrying your bag in the house for you. 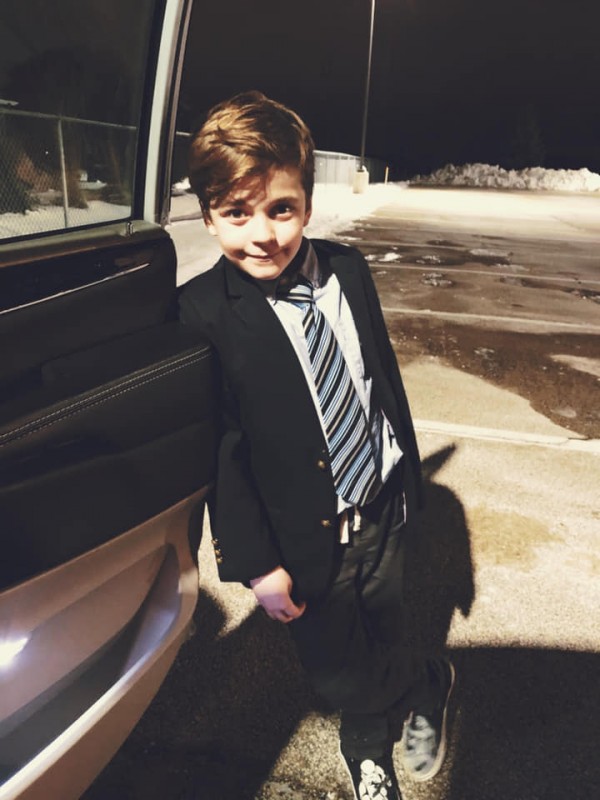 He loves to climb into your lap and wants to hold your hand as he falls asleep.

His greatest joy is making you laugh from deep in your belly.

His body is eight but his soul is much older.

He is so many things...sometimes the world wants to label him with letters and words and numbers...and sometimes these help us understand him better.

But the letters and words and scores are not what he is. They cannot capture his essence.

There is no data taken anywhere on big hearts, but if there were this kid would be the shining star.

Like all our kids he is just himself. The sum of gifts and struggles all bound together with love.

And my hope for him, and all kids really, is that we can see these clearly. We can look beyond the definitions and categories to what’s shining in their eyes and hiding behind their smiles.

And we can love them just the way they are.

How to Pick the Perfect Father's Day Gift
Things our dog has taught our 1-year-old son
Dear Kindergarten: My Stressed-Out, Heartbroken Child Survived You.
advertisement

How to Pick the Perfect Father's Day Gift
Things our dog has taught our 1-year-old son
Dear Kindergarten: My Stressed-Out, Heartbroken Child Survived You.