The Fight for Fatherhood and the Gift of Perspective

One of the most precious gifts of marriage has been to watch my husband, John, become a father. And becoming a daddy didn’t come easy for John. The road to fatherhood was filled with a lot of brokenness, heartbreak, confusion, frustration, and tears. 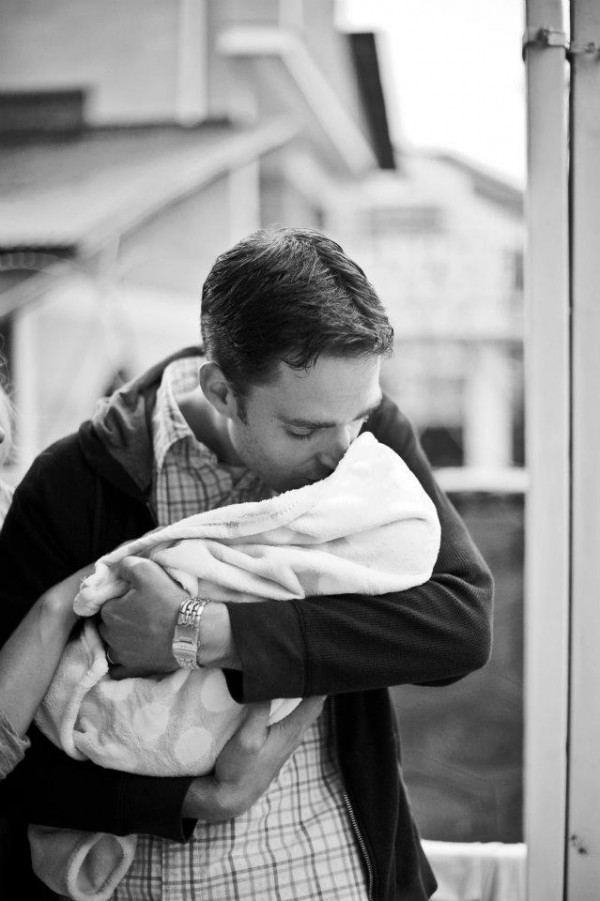 I still remember the first time I told him I was pregnant… the shock and delight on his face. It was nearly nine years ago. I remember him talking about our baby and being so excited and nervous to be a father. I remember him caring for me in the hospital, kneeling by my bed, holding me hand, and whispering that it would be okay. He clenched my hand tightly and his eyes filled with tears as the doctor told us the awful news, “I’m sorry, your baby is gone.”

I remember him chopping a lot of wood behind the little log cabin we called home. It seemed that every time I turned around he was doing some hard manual labor around the cabin or out in the yard. I later learned that was how he handled grief.

A year later I remember him sitting on the front porch when the sun came up morning after morning after we lost our second baby to another miscarriage. I never understood why he wanted to be up at the break of dawn to just sit alone. I later learned he was begging God for a baby… every morning… one that we could keep.

I remember watching him with the twin boys we fostered and knowing he was the daddy they needed. He stood in the gap when those boys so desperately needed his strong arms and unconditional love. I remember him literally holding me up as we walked back inside when social services took them from our home to return to a place of uncertainty.

Years, and tears, and piles of paperwork later the phone call finally came… a baby boy in Ethiopia needed a father. I remember the first time he held our son Mareto and the love in his eyes. I remember coming home and watching him become this amazing father and knowing that all the years and tears and hurts brought John to this place and make him the father he is today.

Less than a year later I told him that I wanted another baby and I remember the way his face lit up and the immediate agreement. I remember John meeting his little girl and knowing that she would have him wrapped around her pinky forever. I remember turning to him in the hotel bed the night after we met Arsema to ask what her middle name should be. He smiled, as if he were imagining her face from earlier that day, and softly said, “Joy.”

I remember the balloons and flowers and excitement that met me in the airport when I finally came off the plane from Ethiopia with our daughter – greeted by my husband and our son. Just like that we were a family of four and John’s strong arms encompassed all of us.

The road to fatherhood and through fatherhood has been full of bumps and bruises and unexpected twists and turns. John has remained tender, compassionate, steady, strong, and loving through every up and down. Fatherhood didn’t come to John easily – he had to fight for it.

Maybe part of what makes John such an incredible father is that he understands what a gift it is … that even on the hardest days and through the sleepless nights he knows how close we were to missing out on all of it.

Supporting The Rise Of The Engaged Father
Father's Day is different with a baby in heaven
Doctors said our adopted son couldn't heal. We're thankful we didn't listen
advertisement

Supporting The Rise Of The Engaged Father
Father's Day is different with a baby in heaven
Doctors said our adopted son couldn't heal. We're thankful we didn't listen