The End of the Yes Girl

Published by Amy Betters-Midtvedt on April 19, 2017

I have a Yes Girl living in my heart.

This means I love to join in. I love to experience whatever you are suggesting that will make life better or be tons of fun. I thrive on chaos and noise and a packed calendar.

But more and more I was also the one giving excuses because I missed something important. Or the one arriving woefully late and unprepared to whatever I was supposed to be on time to and prepared for. The Yes Girl overloaded my world and I was running around like a crazy person, incapable of prioritizing. I wasn't living, just deadlining.

What has to be done RIGHT NOW (like in the next 10 minutes)? Ok, I'll do that! Drive this kid and this kid and this kid to practice. Squeeze in a trip through the drive thru for the kid who isn't making it home tonight until 9:00 pm. Finish a project. Get to a meeting. Drive. Stop. Drive some more. Fall into bed at night not knowing which end is up and then waking up in the night with a head full of THOUGHTS that won't turn off. All the ways I have "failed" march through my brain.

I didn't stop to read to Sam today.

I barely looked at Kate's awesome spelling test as I was running out the door.

I didn't have time to help Lily with math.

Thomas just wanted to show me his Minecraft world and I didn't stop to look.

Ellie was ready to talk at 10:00 pm but I couldn't keep my eyes open because I have turned into a van driving zombie.

And my husband? Not sure we talked about anything other than The Schedule today..

I was accidentally overextended and nothing I was doing was intentional. Too. Much. Yes.

I could feel it. I knew I needed to start saying no to something, which in turn gave me the icky feeling that I was letting people down. This is usually what Yes Girls are trying to avoid I suspect.

But what we forget is by saying yes to all the things, we still let people down. But they are the wrong people. They are our people. The ones who will love us no matter what. We say yes to the people we feel might not love us if we say no and we say yes to things that will make us look good or we say yes to people who might judge our no. Or we say yes because we want to imagine we have time and energy for more. We don't. And too often, our people get the shaft, they get the leftover us instead of the fresh and ready to go us. 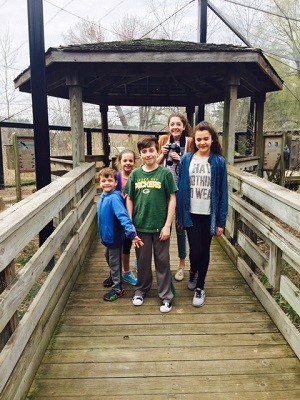 Who wouldn't want to say yes to these faces?

So, it's time to stop the Yes Girl.

First, we need to understand we cannot do all the things for all the people. We need to take a moment to breathe before jumping into new things with two feet. Because that is the stuff regret is built from.

Then we need to ask, "Is this yes good for my people? If I say no will I be letting the right people down?" To ease the pain of saying no, we focus on the fact that with every no, a wonderful yes is born. (See what I did there? This yes girl still gets to say yes!)

This looks like saying, "I wish I could keep doing this, but I just can't." Then actually walking away. Because I am saying yes to time spent checking in with friends I haven't talked to with actual words coming out of our mouths in ages. And a goodbye to the anxiety that fills my heart.

It looks like saying to our own kids, "You can go, but only if you guys can find someone to drive you, my taxi-van is off duty." Then putting my feet up for a moment of rest even if another ride is (gasp!) not located. And saying yes to that glass of wine with my husband at the end of a long day hopefully chatting about more than the schedule. Because he's pretty cool and I miss him.

It looks like being able to say, "Thanks so much for asking, but that won't work for me right now". And mic drop. No explanation and no regrets. And a big old yes to looking into the eyes of my people proudly holding up those spelling tests and Minecraft worlds.

And here is another really important epiphany, when I actually started doing just this, the people I was so worried about letting down? They were most often totally cool with my no. Seriously, part of this lesson is that most often people get it. Saying no isn't as scary as I thought.

Join me in shutting down the Yes Girl. I look around and see so many accidentally overextended people walking around the world. Couldn't we all use a rest? We have such good intentions my friends...we really do. It's time to take a breath, leave the van, rediscover the couch and the books and the backyard and the joy and the people. It will be so worth it. And the knowledge that we have let the right people down (along with a little glass of wine and a quick round of Hay Day before bed) will be all we need to help us sleep at night. 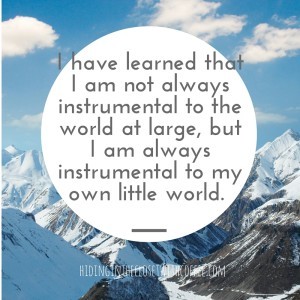 To the couple considering foster care or adoption: May you be given the courage to say yes
Dear mom in the waiting room
It is not my job to entertain my kids
advertisement

To the couple considering foster care or adoption: May you be given the courage to say yes
Dear mom in the waiting room
It is not my job to entertain my kids