The Dreaded Days of Letting Go 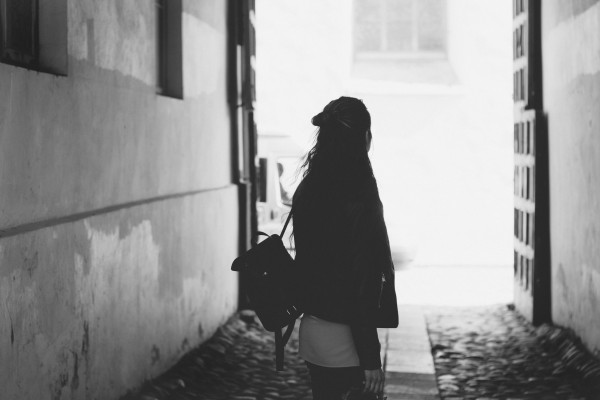 “You’ll understand someday when you have kids”, said every parent, ever.

And we hate that they were right.

When I look back on pictures of myself as a teen, I don’t recognize me.

It has less to do with the white, shimmery eye-shadow and flared jeans, and more to do with everything that stage of life was — what it is for everyone. The dreaded, scary, awkward path to finding yourself.

I picked up a lot of breadcrumbs along the way that weren’t meant for me. Still working on dropping some of them if I’m honest, but for the most part I’ve finally reached the point where I know who I am and who I want to be.

The road to getting here was long and winding and I took far too many detours.

I recall at one point finding myself in a random apartment with a bunch of unsavory strangers (when I was supposed to be sleeping at a friend’s). Where I drank so much I ended up passed out on a bed in the spare room where God knows what could’ve happened to me if I didn’t have a couple of allies there looking out for me. Where I was tracked down by my father and woke up in my own bed the next morning with no memory of how I got there.

Another wrong turn took me into a relationship that was emotionally and verbally abusive. One where I lost my self-worth and made excuses for someone who didn’t deserve my affection, because, well of course, that wasn’t the real him and others just didn’t know him like I did. (Ugh, please. Trust me. I know.) But try talking sense into a teenage girl who knows it all.

A few other diversions caused me to question my faith until I lost it entirely, gathering up a whole bunch of anger and cynicism in its place.

And that’s just to name a few.

My stance on how “overprotective” my parents were changed when I looked back and realized all the crap I got myself into that could've killed me at worst, or ruined my life at best.

Now, with my head mostly out of the clouds, replaying those memories feels like watching a movie of someone else’s life.

The characters are familiar, but the stage — it’s not mine.

There are bits and pieces of those days that I look back on with fondness, but as a whole I don’t miss them. The constant uncertainty, the identity struggle, the testing of waters only to realize your feet no longer touch bottom and you’re not sure how to get out.

These are the days I dread a little bit when I look at my daughter’s future. Because, well, they’re inevitable — and necessary.

There will come a day when she’ll need to break away from everything she knows and everything we’ve taught her to be true. She’ll need to decide it for herself. She’ll need to discover the “her” that exists separately from her parents’ belief systems and she may very well find that they’re not all for her.

There will be fads and phases. New music preferences and crazy makeup and piercings and probably tattoos. And if (only if) they aren’t truly her, they’ll fade out over the years, kind of like my interest in rap and that tribal butterfly tramp-stamp did.

But those aren’t the kinds of choices that scare me. It’s the make-or-break decisions — the if-I-dive-in-I-may-not-come-out-alive decisions that make my heart skip a beat.

It’s the shady, uncertain expeditions that I fear for her. The kind dictated by bullies and peer pressure and ridiculous societal standards and labels.

And if I could choose to carve out her path, I can’t say that I’d block off all the bumpy side roads or creepy dead ends. I wouldn’t choose to take away the valuable life experience that can only come from taking wrong turns and learning from her mistakes.

But I might put a big, bouncy trampoline at the base of the giant cliff just in case she falls. Or throw a few flotation devices into the deep end of the water for when she travels out just a little too far. I’d probably light the main road with some brightly lit candles so that when she’s ready to get back on course, she’ll be able to find her way.

And isn’t that ultimately just what we’re doing through this process of raising kids anyway?

By teaching them and instilling in them our values and morals, we’re guiding them along, cushioning their falls and always being a lifeline they can cling to. We’re giving their conscience and logic and intuition a little bit louder of a voice and hoping that they speak up when we’re not around to preach. We’re giving good a much greater presence within them than the evil they’ll inevitably encounter.

It goes against every parental instinct we possess to let them go. To relent to the fact that our “protection” of them must switch from a physical embrace and barrier to an intangible force field made up of the words we’ve spoken and examples we’ve set.

How lost they get on the way to finding the real them depends on so many things. We won’t always be able to control when they veer and how far they wander.

We can’t carve their paths.

But we can carve out a space in their minds and their hearts for a glimmer of truth they can’t block out, no matter how hard they shut their eyes.

And it will always be there to help lead them home. 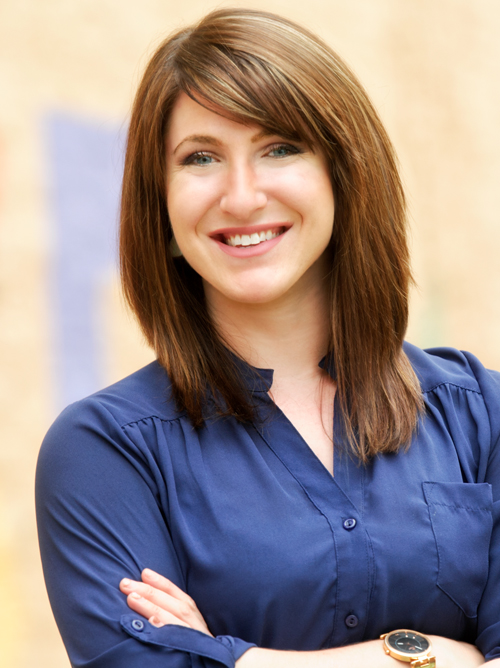 Vanessa Colangelo is a full-time Graphic Designer for a small liberal arts college, and an eclectic soul with a love for all things creative. She lives in upstate NY with her Superman of a husband and is currently navigating the world of new-motherhood with her hilarious and energetic toddler. She's passionate about real-life stories, reading them and telling them, and you can keep up with her writing at Saturday Morning Coffee blog.