A lot of women say this about the man they love, but when I first met Carson I knew he would be a great dad. At that point he had one niece, Jaden, who was about a year old. The mere mention of her name would light up his face, and to watch the two of them play together would make any single gal's ovaries ache. So I knew that he would be an amazing father one day to his own kids.

Did I know just HOW amazing? No. No one can truly imagine how much having a child changes you. Carson was such a natural with our firstborn, and I realized this right away in the hospital. After giving birth, bonding with little Jack, and attempting to nurse, Carson finally got his chance to hold him (while I ate the best damn cheeseburger *from the cafeteria* of my life). I watched as he bounced around the room with our baby in a 'football hold' and thought, wait, how is he doing that with just one arm, who taught him that, what if Jack falls, why have I not figured that out yet, ooo, more cheeseburger! In my stupid and exhausted brain I thought only mothers should be that calm with a brand new baby, but it took only minutes of watching Carson with Jack and I knew... he was meant to do this. 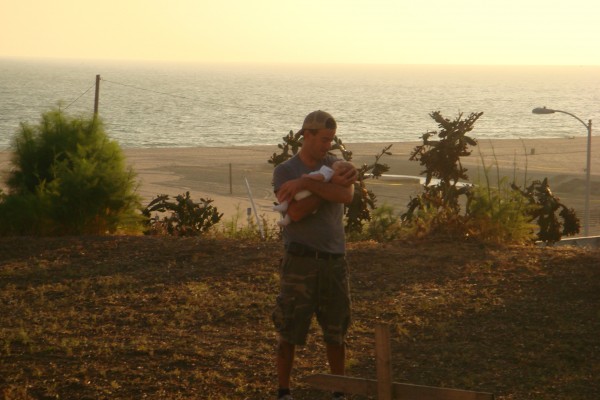 It's six years later and nothing has changed... if one of our 17 children (I exaggerate, we have 3) come to us with a swollen lip or a tough, seemingly unanswerable question, he is ready with ice or the world's greatest response. He doesn't blink an eye... he is calm, steady, and consistent with his approach. He is the rock to my somewhat frantic personality.

Although it's all about balance, right? You need that parent who sees a spider and overreacts to such an extreme that the other parent thinks one of the kids is on fire, right? I should mention he is also the bug killer.

But it's not just his ability to stay calm when there's a bee in the car or when our son asks him how Google was invented that makes him a great dad. There is NOTHING Carson would rather do than be with his family. Sure, the man works eleventy (fake number) jobs, but any spare moment is spent at home with us. Instead of a much deserved nap on the weekends, he's at Jack's baseball game, or Etta's soccer practice. He clears out furniture almost daily for tickle fights, wrestling matches or dance parties. The "chef special" he passes around while grilling is the most coveted bite of the day (although the M&M's he hides in his "man cave" are a close second). He's a diaper changing, bottle feeding, onesie button snapping (albeit, wrong, all wrong), tummy-time hanging kind of guy. Taking a ride in "daddy's car" is OMG SO MUCH COOLER than driving around with mom in the minivan. And when he's away working, he always makes it a priority to send a quick video saying hello, he misses us, and will be home soon. Basically, he is our children's hero, and it all makes sense to me.

Ok, may I get even more mushy on you now? Great, you can't answer me anyway.

I think my favorite part of watching Carson in this role over the years has been getting to know his own biological father, who passed away when Carson was little. It may sound strange, but through his mother's vivid memory and the stories she shares about this man, I am able to see, feel and imagine Carson. They not only share physical resemblances as I've seen in many photos, but I can tell they share a sense of humor, a profound love for family and a fierce protectiveness of their children. Every Father's Day I say a prayer and thank this man in heaven for the role he played in Carson's life, because while it physically may not have been long, the impact was eternal. 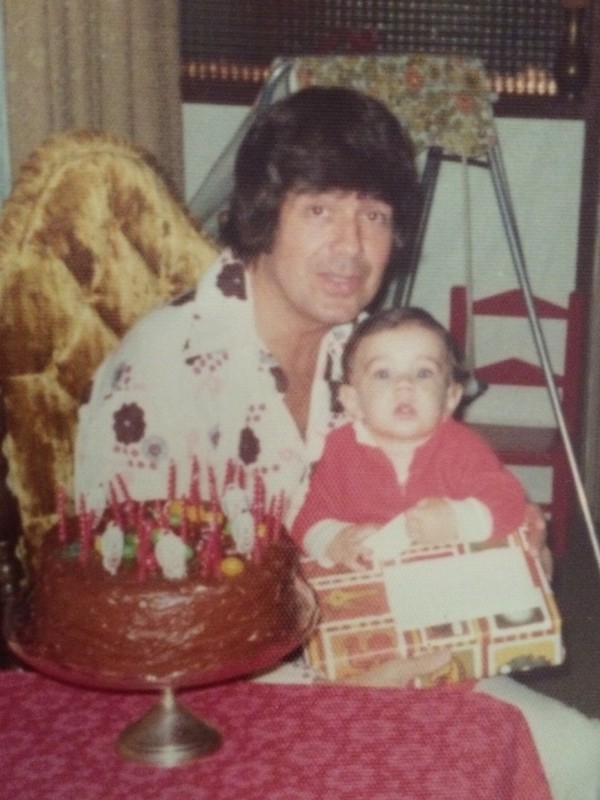 Father's Day is different with a baby in heaven
The Dad That My Husband Became
I didn't have a dad, but my son does
advertisement

Father's Day is different with a baby in heaven
The Dad That My Husband Became
I didn't have a dad, but my son does