The Bully's Moms is in Denial, the Dad Makes Excuses

My nine-year-old son and I just moved from Los Angeles to a small town in Virginia, and we love our new neighborhood and his school, but soon after we settled in, I started to hear my son and his friends complain about one of the boys on our block.

Several boys said this kid called them names, threatened to hurt them, punched and kicked them and took things that belonged to them. I told my son to avoid the alleged bully, and I had a brief talk with the boy's father who said he would speak to his son, and he explained that much of the conflict was due to my son "coming out on top" in trading Pokemon cards, causing resentment.

I told my son that while "no trades back" was a general rule in trading, and I explained to him that he had not done anything wrong in making "good trades," but that if it meant losing a friend or causing a fight, that he should consider trading back a card if someone regretted their trade. In my mind though, I really thought that the dad of the alleged bully should talk to his son about trading and being a good sport.

Unfortunately, the reports of bullying by this kid continued, and I heard from other kids and other moms that the same alleged bully was the culprit. One mom told me the bully's behavior had been a neighborhood problem for years.

So when my son came home with scratches on his face and his friends corroborated his story of the boy threatening him and scratching him on the bus, I planned on having a talk with the boy's parents, but I decided to wait a day, because my son's school was having a festive event that evening, and I thought I might see the boy's parents there, and I didn't want to cast a pall on the fun of the event.

But, the mom of the boy beat me to it. At the festival, she approached me while I was scooping out snow cones as a volunteer for the event, and she accused my son of bullying her son. She said my son threw a ball at her son's head and her son was now crying. My son had just told me what happened moments before. He said he was running from the kid who said he was going to punch him, and he threw a beach ball at him.

I could see she was agitated, and I wanted to keep the conversation calm and civil, so I suggested we could get together and see how we might be able to resolve this issue and hopefully help the boys get along better. She continued to be accusatory, saying she felt like her son was being blamed, which seemed odd, because I had not even brought up the other incidents.

I replied that I don't know for what's really happening between the boys, as kids tell stories, but told her it was a good idea for us to talk, and I would like to get her number. As I was literally serving food to kids, and there were other parents and kids all around, I didn't want to talk about the matter at that moment.

I gave her my cell number, and I thought the way I was handling the situation was polite and friendly, but then she turned to me and said, "You are just standing there with a smile on your face."

I didn't know what to make of that, but it felt like an attack. I said, "I am trying to be pleasant. There is no reason for us to get into it."

She just walked away.

The next day I got a text from the dad saying that there has historically been a conflict with "sets of boys" in the neighborhood, and that he will tell his son to stay away from my son and his friends.

At this point, I don't think dealing with the parents will be productive. The dad has already excused his kid's behavior by saying my son caused the problems by being a shrewd Pokemon card trader, and the mom says I smile when in her mind I should have been doing something else.

I have always thought it is best to go to "the source" to deal with a problem, but so far my interaction with the parents were not promising, so I believe the best route is to talk to the officials at the school, but I am afraid it will only cause more problems with these parents and might launch a neighborhood feud.

We just moved here, and things are going so well, I don't want any drama! 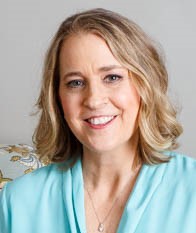 Not just Mean Girls- There are Mean Boys, Too.
Mean Boys Are Just As Bad
Raising a boy to see strength in love, compassion and kindness
advertisement

Not just Mean Girls- There are Mean Boys, Too.
Mean Boys Are Just As Bad
Raising a boy to see strength in love, compassion and kindness