The Aspect of Mothering I Got Right...Most Days

As a mom, I was never one who let her young kids experiment and explore—my house was full of unavoidable toddler messes, so if there were messes that could be avoided, they were.

Their art sessions and science experiments were done in a controlled environment—meaning mama was in control of the environment! I also won’t win any awards at being the best seamstress on the block. My children’s popped buttons and loose uniform patches may or may not have been reattached with a hot glue gun.

However, there is one aspect of my mothering that I think I did right while raising my kids. What’s made me a great mom is that I sought to elevate my husband in their eyes by how I talked to—and about—him.

Now, I can’t say I always did this perfectly. Far from it. There were plenty-o-times when I shouted my husband’s flaws from a big megaphone right in front of the dear darlings. It wasn’t pretty. However, as my mothering years marched on, I made a concerted effort to build my husband up in front of the kids, alerting them to his awesome characteristics. It all began the day I spied myself in the mirror of my child’s behavior. 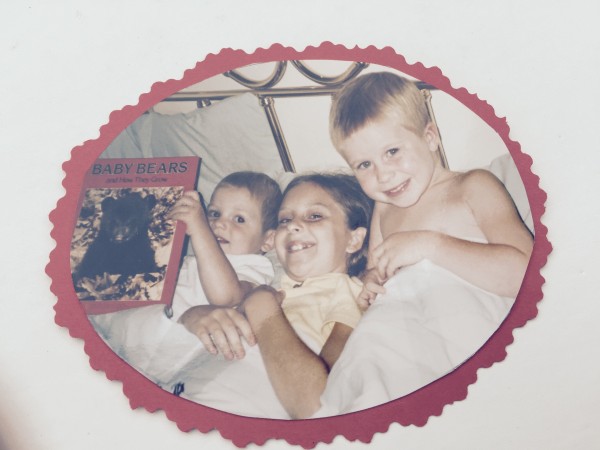 I heard our daughter’s voice pipe up in another room as she expressed to her kid brother her immense displeasure. He was not stacking the colorful, snap-together, plastic blocks in a manner that suited her, so she sharply declared, “No. Not that way! Oh, just give it to me! Can’t you ever do anything right?”

I stepped into the room and corrected her, using her middle name for added emphasis. “Mackenzie Leith Ehman! I don’t ever want to hear you talk like that to your brother again!” Without even looking up from her pile of blocks, she quickly and calmly retorted. “Why not, Mama? You talk like that to Daddy.”

Our culture makes jokes about dads being bumbling idiots. It is the stuff hit sitcoms are made of. When this message is given—on the television screen or in real life—it not only is disrespectful to our spouses, it paints a less-than-lovely picture in the minds of our children of just who their father is. And so, what was my bad behavior morphed into my good goal of speaking kindly to my husband, highlighting his strengths in front of our kids as they grew up, fostering love and respect.

Now, I am not talking about fabricating facts but rather about choosing not to dwell on that which irritates or infuriates you whether it is a habit, a method of processing life, or even the way he loads the dishwasher. Instead, intentionally look for your husband’s commendable qualities and then verbally point them out within earshot of your children.

When this became my practice, it also became second nature after a while. Speaking positive words of encouragement and affirmation not only changed the relationship between my husband and me, but it also became contagious. My kids started to do it too. Score! And, now that they are all adults, it had been a delight to see how they have all become humans who look for—and verbally point out—the good in others. 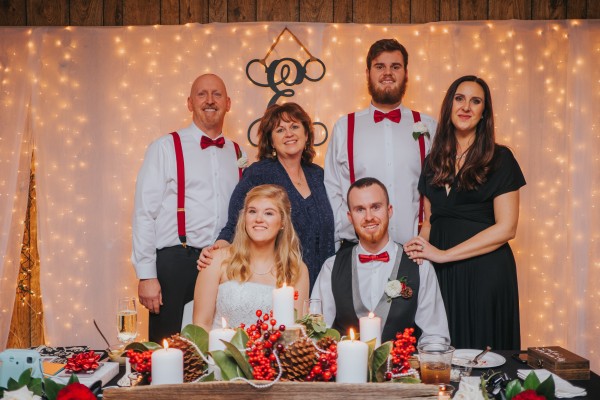 If you too want to raise kind kiddos who are an encouragement to those around them, here are two ways to get the compliment ball rolling:

Look for the little.

Your spouse doesn’t need to solve world hunger to have something praiseworthy in his character. Did he go rake the elderly neighbor’s yard or help a coworker move over the weekend? Point it out to your kids, specifically mentioning how dad has the heart of a servant. Did he fix the leaking dishwasher instead of spending money on a repair technician? Let the littles know how awesomely handy he is and how it saves the family some cash. We see what we look for in the personality and behavior of others. Choose to see and then magnify the good.

Make it a formal affair.

The change in my behavior led to some formal times of our entire family verbally pointing out something they respected about each other. We always do this on birthdays. Other times it might be on a random Tuesday while sharing a meal. Put one person in the spotlight while all the others take turns expressing one recent action, or constant characteristic, they appreciate about them. Give everyone a chance to be on the receiving end of this shower of spoken love. Then, stand back and watch the smiles ensue.

We moms have power to shape our kids’ view of our spouse. We can badger and belittle, or we can build up and bless. The choice is up to us. Trust me, being a mother who cheers on, rather than tears down, is a much healthier choice and it will help you to become a family who habitually notices—and also brings out—the good in each other.

Karen Ehman is a New York Times bestselling author of the recent book Keep Showing Up: How to Stay Crazy in Love When Your Love Drives You Crazy. Married to her college sweetheart and the mother of three, she enjoys cheering for the Detroit Tigers and feeding the many people who gather around her antique farm table for a taste of Mama Karen's cooking. Connect with her at karenehman.com. 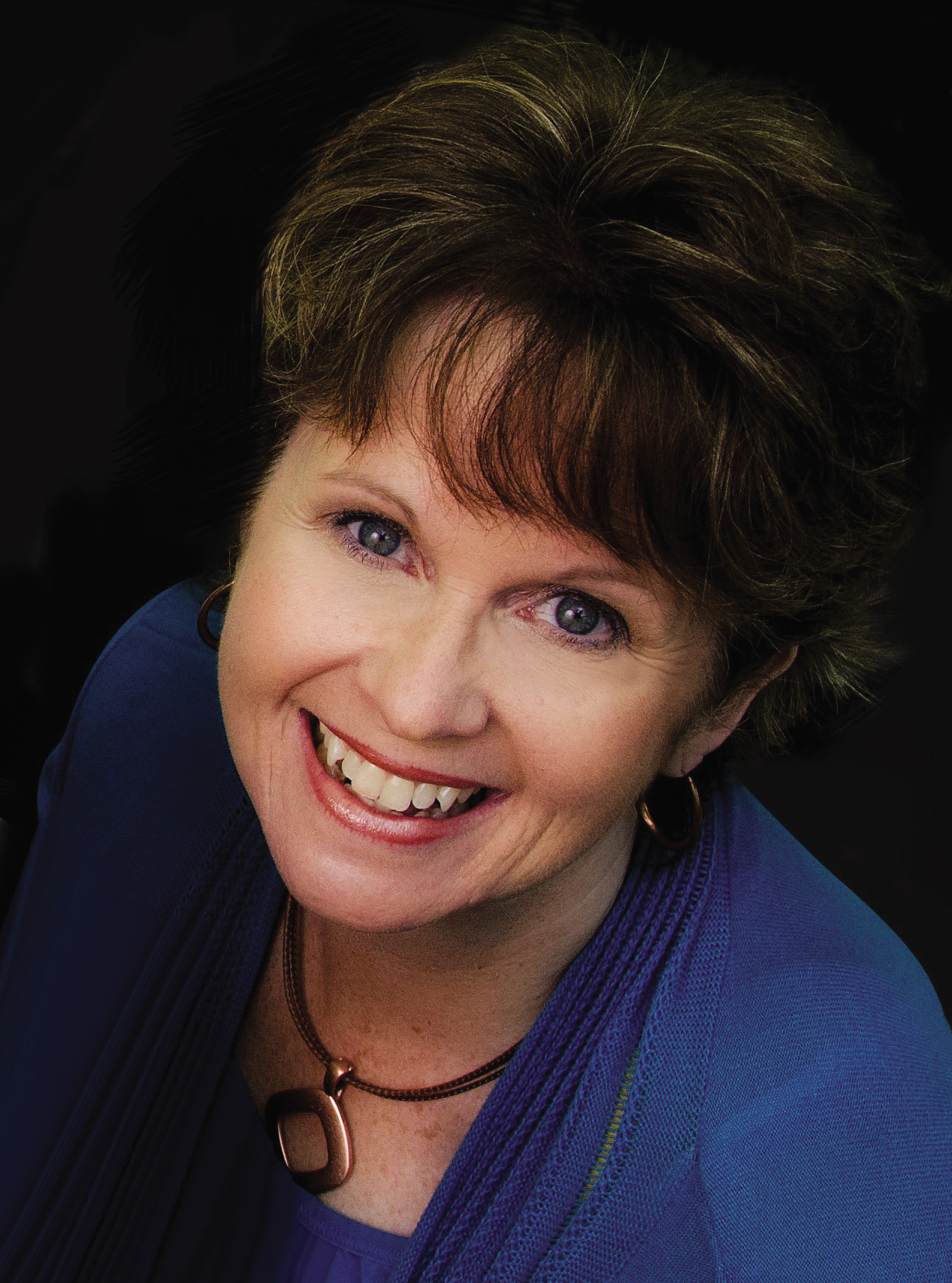 Karen Ehman is the author of 14 books, including the New York Times bestseller Keep It Shut: What to Say, How to Say It, and When to Say Nothing at All and her latest book, Keep Showing Up: How to Stay Crazy In Love When Your Love Drives You Crazy. She is also a speaker for Proverbs 31 Ministries and a writer for Encouragement for Today, online devotions that reach more than 4 million women daily. Karen is the mother of three adult children and lives in central Michigan with her husband. You can find her online at KarenEhman.com.

Dear angriest stranger I've ever encountered: Thank you for the lesson
The Day We Told Our Adopted Son About His Past
How I'm Learning to Trust My Gut as a Parent
advertisement

Dear angriest stranger I've ever encountered: Thank you for the lesson
The Day We Told Our Adopted Son About His Past
How I'm Learning to Trust My Gut as a Parent