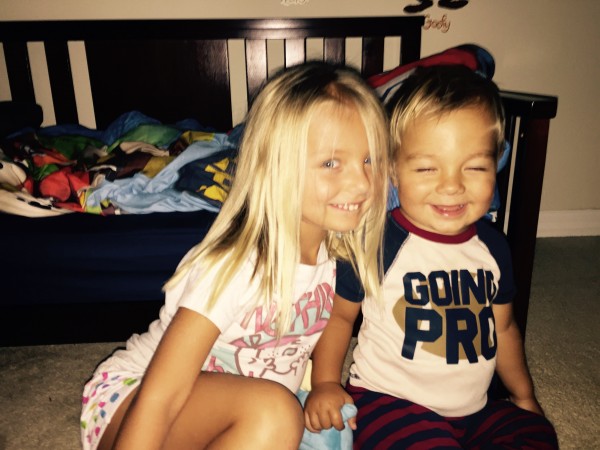 When my oldest, now ten, was not even five months, I dropped her on her head. She was breastfeeding, and I reached for the TV remote, and I let go of her. She started wailing and wouldn't stop. My frustrated-with-me and scared husband and I rushed her to the emergency room, where we were met by doctors and nurses who checked her out, gave her the all-clear, and each of whom shared with us a story of how they, too, dropped their kid or let them fall on their watch. I remember the ER doctor telling me that babies' heads are “like rubber balls” at this age, and they most often have a tendency to withstand and bounce back from minor accidents and injuries such as this.

When my middle child, my boy, now seven, was not even five years of age, I unintentionally closed his hand in my van door. Yeah, that electric sliding door that's supposed to catch itself and retract if there is something in the way, it didn't. And, me, I was in such a panic that it took me more than a hot second to have the awareness to open the door and relieve him and his hand from such a terrible happening.

When my youngest, now 5, was not even one year old, she rolled off her sister's bed and fell about 4 ft to the carpet floor. I was sitting right there. Like RIGHT THERE. But I couldn't catch her in time. I'm not for sure, but I can speculate that I was on my phone, probably perusing social media. And if I’m being honest, I’m pretty sure this happened more than once. 

Two out of my three kids have broken a bone, and one of those overachievers has broken hers three times.

Now that my kids are older, my mistakes are less obvious and less often result in them needing medical attention. The mistakes I make now are more like

not really listening to them,

lacking patience and stiffing them on grace,

being judgmental and hypocritical

But do you know what else I do? What else I've always done?

I've loved them with every fiber of mine trying-so-very-hard being from the minute of their conception and my awareness of it.

everything I've ever done,

it's for them or with them in mind.

And when you're all in on something,

you're bound to screw up.

Because there's no way to be great at something without ever having not been great at it and having to learn how to get better.

I say all this to make the point and give the reminder to anyone that is reading this right now thinking,

"Gosh, I make a lot of mistakes" and "just this morning I did [insert screw up here],”

that THANK GOD FOR THAT.

Thank God your child gets to grow up

in a less than perfect household,

being raised by a less than perfect parent or two

...even when we're not sure we're the right person for the job.

To be the kind of person who is all in on things they care about and the kind who never gives up, if ever they fail.

But if I can raise humans who are capable of exuding grace and forgiveness towards others and themselves because we're all just living our one life the best we can, then I'm for certain that's one mistake I HAVEN'T made.