A Lesson in Empathy on the Heels of Caitlyn Jenner

Published by Susan Fishman on November 3, 2015 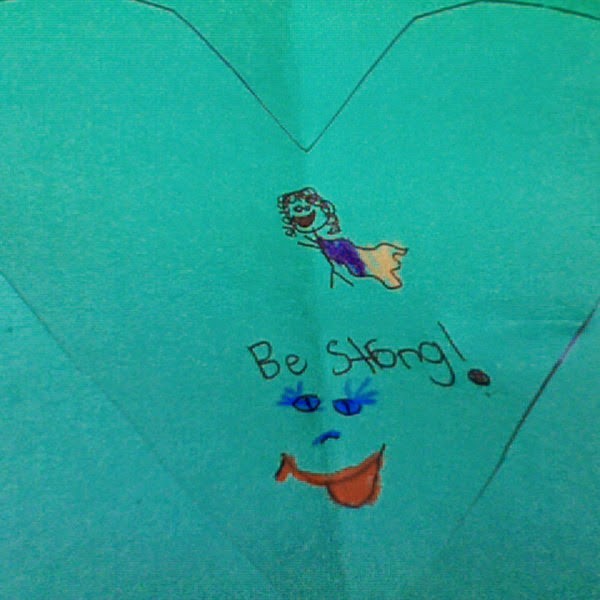 From the Halloween costumes to jokes on social media, it seems the subject of Caitlyn Jenner is still ruffling feathers. And continuing the conversation about empathy and acceptance for generations to come.

The Facebook quips are no real surprise, but I wasn’t expecting to hear about the newest public member of the transgender community while on the doctor’s exam table. When my own internist — a woman I’ve trusted and respected since my first child was born ten years ago, and a mother herself — voluntarily weighed in, passionately skeptical about Jenner’s legitimacy and intentions, it made me wonder if the conversation might have gone differently had we been discussing my child, or hers.

Oh I can appreciate a good joke, a celebrity-mocking all in good fun. I respect a difference of opinion, especially when it comes to an over-the-top clan like the Kardashians. But I can also read between the funny lines, and hear the hint of disgust.

I think about how I would expect my children to behave. When my son started first grade this year, he told me about a girl in his class who is “different” and “does weird things,” like giving him a kiss on the top of his head. I don’t know the child, or her family, but it appears she may have some form of a genetic disorder, perhaps Down syndrome. We talked at the dinner table about the differences in kids. About accepting those differences, and how our words and actions can make others feel.

I could see how it might have easily gone the other way. Instead of having a proactive, open discussion about kindness and tolerance with our son, we could have been across from his teacher, attempting to explain an impulsive verbal, perhaps frustrated physical, attack on a vulnerable kid.

Jenner has said that she sensed a different identity from the time she was a young child. Gender identity specialists confirm that children can feel — and communicate as early as age three — that they are not the “boy” or “girl” they’ve been told they are.

For some kids, the realization takes place around puberty, and the struggle is all too real. According to the Youth Suicide Prevention Program, more than 50% of transgender youth will have had at least one suicide attempt by their 20th birthday. Bullying and harassment have been shown to be contributing factors.

And it’s not just other kids who can be cruel. Since March of this year, Kyler Prescott was one of three transgender teens in the San Diego area who, despite his parents support, resorted to suicide. His mother said it was other adults, not Kyler’s peers, who often had the hardest time with acceptance. 17-year-old Leelah Alcorn, whose suicide was the impetus behind Leelah's Law, was surrounded by non-accepting adults. And many others have been subject to abuse and hate crimes (over 11 transgender women have been murdered in the U.S. in 2015, according to the Human Rights Campaign).

I’m not a transgender expert. I don’t have a transgender child. But I am a mother who’s hearing the very real stories of these children, more and more so since Jenner came out, and can empathize with the parents who are raising them. Who face with great trepidation and sadness the thought of losing their baby boy or girl as he or she becomes a member of the opposite sex. And are struggling to guide them through — and protect them from — an intolerant world.

It’s easy to joke, to judge. To say that there’s nothing “courageous” about what Jenner is doing. That it’s a publicity stunt to further the Kardashian brand. It seems harmless and entertaining as we scroll and fill our Facebook feed.

What’s not so easy is attempting to get into the mind of a troubled child. To really try to understand that which we find strange or unnatural, and empathize with someone on a different journey.

Or to explain to our children why it’s ok for us to poke fun at others when we’re asking them not to.

Jenner, arguably the most well-known Olympic gold medalist in the men’s decathlon, an event reserved for the physically elite, is stepping out of some very big, manly shoes for a new pair, laced with potential eternal ridicule. She’s leaving behind the role of beloved “all-American hero” at the risk of becoming a public and social outcast. A publicity stunt? Anything’s possible. But it’s a big gamble with a great deal at stake. More likely, she’s taking a different kind of risk that many have taken in far less public arenas — the one for any hope of living an authentic life.

When I think of Caitlyn Jenner, I don’t think of the former Olympic athlete, the father of the Kardashian family, or even the transgender woman. I think of the little boy who was carrying around this secret and heartache for all those years. How many other children have done, and are doing, the same? Do I know any of them? Is there one within my own family?

If it was me, wanting to be someone I was afraid, maybe even told, not to be — someone the world viewed as a “freak” and was willing to harm, even kill, for trying to become — would I be so brave as to step out? Would I be willing to let my child?

If we’re lucky, we’ll never have to find out. Instead, we can try to accept, maybe even respect, those who will. And maybe the day will come when our kids don’t even see the difference.

Susan Fishman is a freelance writer, and Huffington Post and Washington Post contributor. She lives in Atlanta, GA, with her two kids, two cats, one dog and one husband.