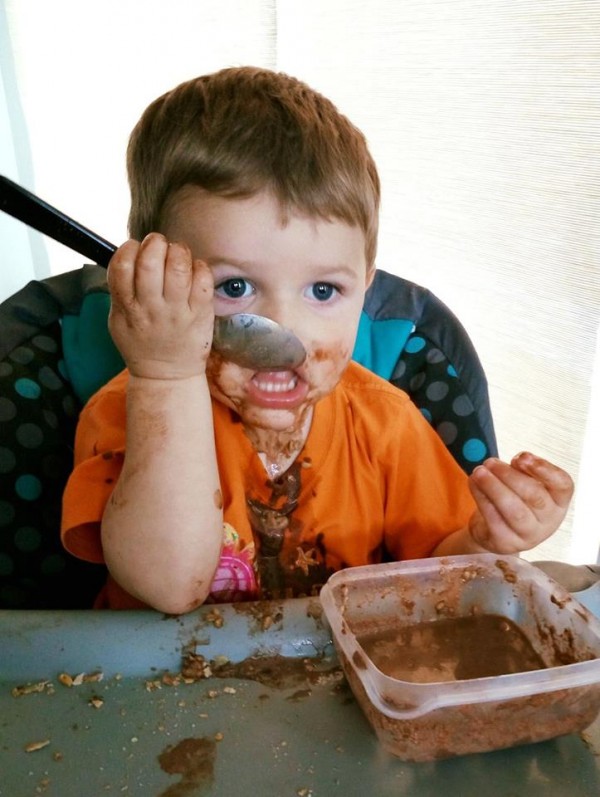 After spending several years working in the fitness and strength & conditioning fields, I transitioned to public health, where I spent eight years working with the public schools of Texas and Utah on integrating healthy behaviors into their curriculum. This time in my life included some major wins by way of improving the nutrition standards for many schools and counseling the families of countless children who were already experiencing weight-related health issues (as early as age three). Additionally, I had opportunities to speak about current research and my experiences managing and consulting for food programs at several national conferences. When it comes to food and kids, I’ve seen and had to deal with it all, which was great on-the-job training for the real test: parenting. Go ahead, try to shock me with the exploits of your picky eater.

Parenting truth-bomb: by age two, approximately half of children in the U.S. are what health professionals would categorize as “picky eaters” and the fussiness usually manifests itself in personal works of art all over your walls or new hardwood floors. But there are ways to improve the chances that those carrots will end up in your child’s mouth and not hidden in the depths of your seat cushions.

It starts in the womb

As I’ve discussed previously, there is a growing body of evidence that a child’s food preferences begin developing well before they can physically grasp an elementary school cafeteria spork. Several recent studies have exhibited that distinct flavors are present in amniotic fluid and that newborns are attracted to the odors of specific foods that their mother’s preferred while they were in utero. And we fathers aren’t in the clear either. Some of the most intriguing epigenetic research going on right now involves the influence of male eating habits, specific nutrient deficiencies, your odds of getting a female pregnant, and ultimately the health of your child. With no judgement at all, understand that your eating decisions don’t just affect your waistline, but also that of your children—even the unborn ones.

Be the change you want to see

It’s worth repeating, and it seems I do in almost everything I write, but the single greatest predictor of your children’s behavior is that which is modelled to them by the adults surrounding them. It is not as much what you say that will influence your child’s interactions with food, but what you do yourself. Try new things, put an extra large serving of vegetables on your own plate, don’t drink soda when you tell them they can’t, don’t sneak your broccoli under the table to the dog…If you model these and other healthy eating behaviors to your children, they are likely to respond by mimicking them.

Start the battle early and you’ll win the war

Children are inherently neophobic when it comes to food. Their disdain for new foods generally has nothing to do with aroma or perceived taste, but simply the fact that it is unfamiliar. Research suggests that children refuse new vegetables nearly 90% of the time, but after eight exposures, approximately 70% will eat them. Studies show that there is actually a “flavor window”, meaning that the longer you wait to introduce new foods to your child, the less likely it is that they will accept them. Most pediatricians now recommend that when first introducing your child to solid food, that you cycle through at least five different vegetables on a daily basis, and expect to introduce new foods 15 to 20 times. This not only provides variety, but also makes children more willing to try new foods. If you begin introducing healthy foods in infancy, it may only take a few exposures; wait until toddlerhood and you may be in for daily food fights until they have a driver’s license.

It is really important that children feel like they are part of the process, like they have ownership over their own eating decisions. One of the biggest parts of our grocery shopping experience is allowing our children to walk up and down the aisles of the produce section and choose the new vegetables we will be eating throughout the week. And, as research has shown, when children are more involved in the meal preparation process, they are more likely to make healthy food choices. But this doesn’t mean you have to give into your little Gordon Ramsay—be firm with food options, regardless of how much they protest. While children might paint the sky red with the beets you put on their plate, don’t immediately head to the microwave to heat up some chicken(-like substance) nuggets. Accessibility to fruits and vegetables influences preferences, so instead of giving in, offer children the leftovers from lunch or some peas instead. It’s good to provide options to help children develop independence and a sense of autonomy, but make the options healthy ones.

Diaper blowouts don’t have anything on meal time. When it comes to frustrating parenting experiences, getting your children to eat the healthy food that their bodies require for physical growth and cognitive development may reside at the peak of Mt. Child-Rearing Challenges. Start early, model healthy eating behaviors, be smart about your options, and win the war.