Take the Lead My Precious Child.

Published by Melanie Forstall - Stories of Life, Love on March 11, 2020 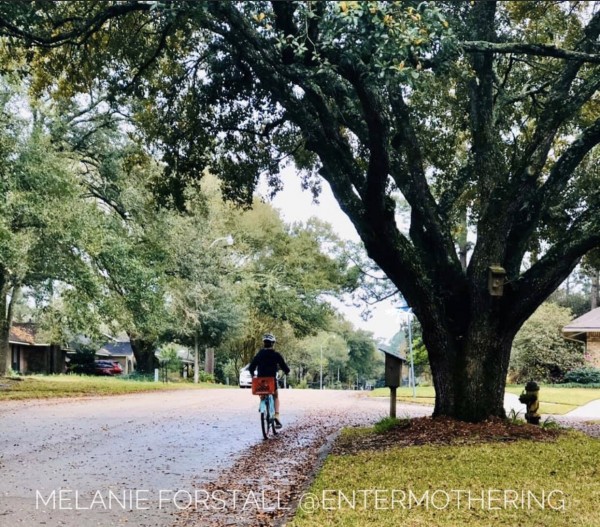 I don’t know what you were doing when you were twelve, but I know for sure I wasn’t doing this.

But she’s different. She’s twelve and she’s pedaling away from me and onward towards a big responsibility.

She’s twelve and has her first job.

A neighbor recently asked me if she’d be interested in tutoring her child during the week. Four days a week and she’d be paid for her time.

My husband and I talked about it and felt like it would ultimately be her decision. She’d have to decide if she would be willing to give up some afternoon down time while also balancing her academics and after school sports.

It didn’t take her long to respond with a resounding, ‘YES!’

She’s twelve and was ready to take on her first job.

For the few days before she started, it was all we talked about.

‘Mom, how about using a cube game to help him with his sight words?’ ‘I think I should bring some specialty lined paper for his writing.’ ‘I definitely think I’ll incorporate games that we can play outside. You know, to break things up.’ ‘I’m definitely going to ask prompting questions throughout his reading to help with comprehension.’

There is not a sliver of my twelve-year-old self in her.

Did I mention that she’s getting paid? She hasn’t mentioned it. Of course she knows she will make money but that’s not why she wants to take the job. It’s about way more than money.

We often think about raising our children to live beyond ourselves — finding their own way to be who they were meant to be. Having better experiences or better opportunities than we had.

I tell you what, if this is any indication of what the future holds, I could not be more excited and hopeful about where the next generation will take us.

Take the lead, my precious child. We will follow. xo