Sure, It Could Always Be Worse.

Published by Melanie Forstall - Stories of Life, Love on March 11, 2020 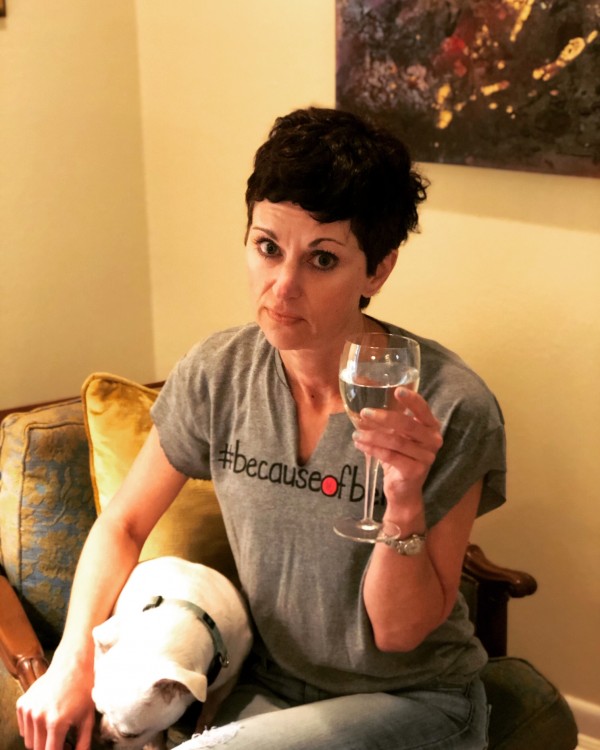 This is water. Plain. Flat. Still. Boring. And apparently the only kind of water I can now drink at 45.

I perpetually think I’m the same age as every woman I meet. I need to start playing the song, ‘One of these things is not like the other’ in my head from now on. Because the truth is, Mel, she’s only 34.

Ok, ok I’m no longer 34 and things have changed. Ya’ll, things really do change. I slather on lots of creams every night. I have one of those AM/PM pill boxes. I can’t eat crackers. My Amazon health orders have been officially switched to ‘Subscribe and Save.’

I think you know by now that these things don’t get me down. I am eternally committed to the truth that things could always be worse! But in light of this current turn of events, I’d be lying if I said I’m not a little bit salty.

Santa brought me one of those fancy bubbly water makers. Prior to the holiday, I had been purchasing fancy flavored sparkling water, drinking one or two a day. But with the ability to make it at home — the flow of sparkling pink grapefruit water was limitless. Lim-it-less, ya heard?

It really was a win-win. I was no longer spending $1.08 per bottle and I was no longer producing so much plastic waste. Good for the environment and good for our budget. Win-win!

Within about six weeks of my win-win, I started noticing some strange symptoms. Nothing necessarily alarming, except for anyone existing within 2-3 feet of me. I had some discomfort, but I was able to pass it. Literally.

Essentially, I became a walking, talking gas making machine. Never in my life had I produced so much of anything! Morning, noon, and night. A continuous stream of release and I was not happy about it. (Sweet little Jesus please make it stop.)

I messaged my Gastrointestinal specialist (she’s the one who stretches my esophagus so I won’t die trying to eat angel food cake) and she suggested a few things including adding more fiber in my diet. That’s going to be hard to do since I already eat close to 25 grams of fiber every morning. (Yes, I’ve eaten the same thing for breakfast for the past 15 years. Seriously. What this says about me, I'm not totally sure.)

Then we went on our cruise. A week without bubbly water and guess what? My symptoms stopped. For eight days straight I offended no one. Not once did I need to sit up in bed so I wouldn’t choke on my own bubble. I was completely confident to stand in line for the last Belgian waffle with people on the verge of a riot.

Holy shit. I’m 45 years old and bubbly water causes me to have gas? Have I reached the point in middle age that food is categorized by its affect on my ability to digest it properly?

Unfathomable. And yet, here we are.

So I guess this is how 45 feels. And now that I’ve stopped pumping CO2 directly into my drinking water, it feels a lot less bloated. I’ve always said that 40s are fabulous, and honestly, as long as you’re not full of carbonation, they really are. xo

Drink the Rainbow: 6 Infused Waters Your Kids Will LOVE
Managing Digestive Issues Safely while You are Pregnant
My Favorite Tips for Enjoying the Holiday Season Stress-Free
advertisement

Drink the Rainbow: 6 Infused Waters Your Kids Will LOVE
Managing Digestive Issues Safely while You are Pregnant
My Favorite Tips for Enjoying the Holiday Season Stress-Free