Summer (fake) rule: NO HAVING FUN!

About six months ago, I started to get emails about summer camp. SIX MONTHS AGO.

It was the dead of winter, and the kids were experiencing indoor recess-induced cabin fever. (Oh February, you are my birth month, but you are so cold, so wet, so gray... sigh.) I believe the summer camp emails are strategically sent at this time, to tempt you into mapping out your entire June, July and August. You think, oooo sports! Arts & crafts (that won't occur in my house)! Organized outdoor activities planned by someone else that will keep my children preoccupied ALL, DAY, LONG! Like I said, it's tempting.

But now it's almost July, and I'm writing this at 8 o'clock in the morning, leisurely sipping my coffee and GUESS WHAT?? My kids are still sleeping!!!! And when they wake up, we're going to slowly have our waffles, and no one is going to rush to get dressed and out the door. It's summer!

Of course, I realize this utopia will not last. Eventually, they'll hit a "let's wake up at 5am!" streak, in which we'll watch 3 hours of morning cartoons while I google "summer activities with your kids" drinking pot after pot of coffee. And then I'll hear it. The dreaded, "I'M BORED."

There is a time and a place and an AGE for summer camp. My 6 year-old is signed up for a week of baseball camp, a week of LAX camp and a week of golf camp. My almost-3-year-old is taking a little outdoor play camp at her preschool. I'm doing music once a week with the baby (because I suddenly experienced "Third Baby OMG Haven't Taken A Single Class With Her Yet" Syndrome). But back in February, before I signed up for too much, I tried to remember what I loved most about summer when I was a kid... 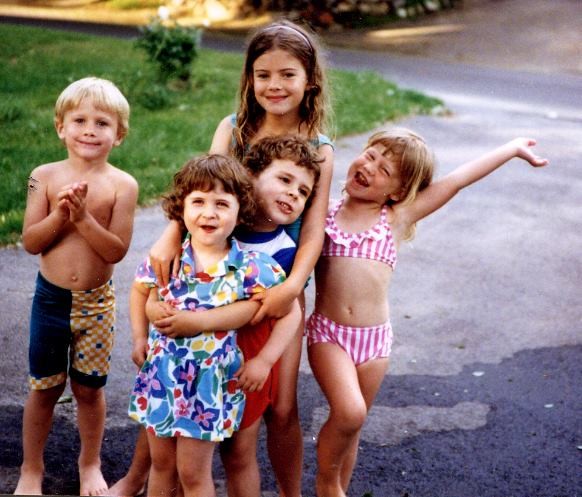 It was late nights and lazy mornings. It was the neighborhood kids rallying together, holding lemonade stands or playing Spud (if you know that game, please comment below IT WAS MY FAVORITE). It was trips to amusement parks, long days at the local pool, or going to see movies on rainy days. It was actually playing with my siblings and using our imagination to make up games (like the one where I was the gym teacher and I made them run laps around our house). It was catching salamanders in window sills with my bare hands (my 34-year-old self can barely handle that memory). It was eating dinner outside, and then being allowed to roam our neighborhood until dusk, faintly hearing my mom's voice calling us home eventually. It was fireworks and family and food and fun, all of those good F words. 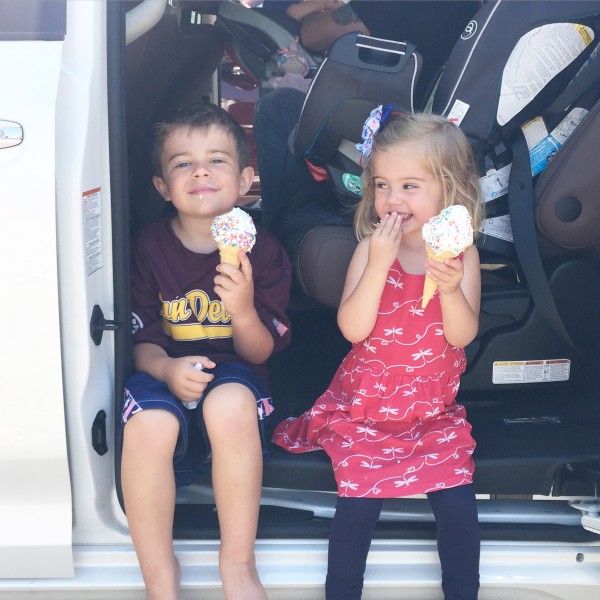 So before my kids get too old, and actually desire to be at those month-long camps with their friends, we have a fake summer rule: No Having Fun! Say it to your kids, they will giggle and most likely respond with: Yes Having Fun!! While they still want to be with Carson and I, I'm trying to make summer about us. About putting my phone down, and picking up the bubble wand, or the outdoor chalk. About putting on my bathing suit (who cares!) and swimming with them until we all prune up. About hearing the hum of the ice cream truck and chasing after it with them instead of cursing the man under my breath (I mean, 5pm? Really??). About letting the popsicles drip down their sticky arms, and not caring. About sandy toes, and muddy fingers and fireflies caught in mason jars (lord knows I have a thousand of those). About late nights and lazy mornings. Because before I know it, February will be about camp councilor applications, or college searches, OR MY FORTIETH BIRTHDAY. Someone please remind me about the fake "no having fun" rule then.