Songs That Remind Us of Childhood Before Quarantine 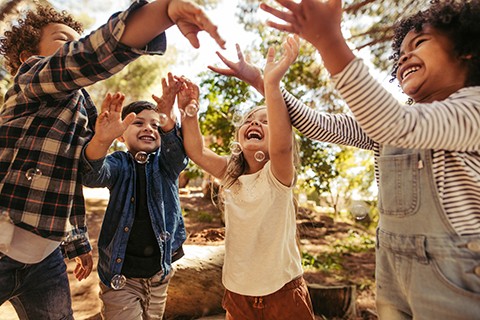 Remember what it was like when you were a kid? When you could play outside for hours, wander around the neighborhood with your friends, ride bikes, play hopscotch, and phone your parents that you were eating dinner at a friend’s house? You’d be out until the sun came down, and sometimes even later.

And it was okay. After all, your homework was finished. And the world was safe. Or at least, so we believed.

Even years later, the music from our youth instantly transports us back to those simpler, carefree times.

These days, children are experiencing a world that’s vastly different -- a world in which homework is never-ending, third-grade report cards assess college and career readiness, computer screens replace blue skies and flowers, and friendships are made in Discord chat rooms rather than in front of the neighborhood ice cream truck.

Parents need to know who their friends are, and precisely where they are at every moment. And, even though their technological know-how makes them extremely well-equipped to observe Covid-19’s social distancing guidelines, they experience that the world is fundamentally unsafe.

And these feelings are reflected in their beat-heavy and arguably noisier Kidz bop music.

Wouldn’t it be great if we as parents and grandparents could gift some of our own childhood innocence to our children?

That’s what Michelle Bloom seeks to do in her debut album “Big Backyard” - to recreate through words and music the carefree afternoons she experienced in the 70s. As such, “Big Backyard” is an album for both children and adults alike. She recalls, in the lyrics to the title song:

In a Big Backyard (you’re not the boss of me)

We got all Afternoon. We got some Songs to sing.

In a Big Backyard under a sing-a-long Tree.

Emulating the song stylings of 70s singers such as Joni Mitchell, Cat Stevens, and John Denver — the singers of her youth — Bloom has expertly crafted an experience that can be shared intergenerationally. Whereas many children’s songs can be difficult for parents to listen to, especially on automatic repeat, the songs in “Big Backyard” are reminiscent to those of us of a certain generation, and soothing and engaging to all.

The idea for the album came to her after almost dying in childbirth with her son. She became encumbered with such excessive medical debt that she worried she would never be able to afford for her son the backyard she remembered so fondly as a child. “And then I kind of pulled myself together and went, wait… I can in a song,” Bloom explains.

In her musical backyard, there’s room for everyone.

I will hold a space for you.

Where I’m going you can come along, too.

Her son also inspired the album’s cover art. Seeing her son riding his scooter, she remembered a 1974 photo of her and her friends riding big wheels and bikes down the sidewalk. 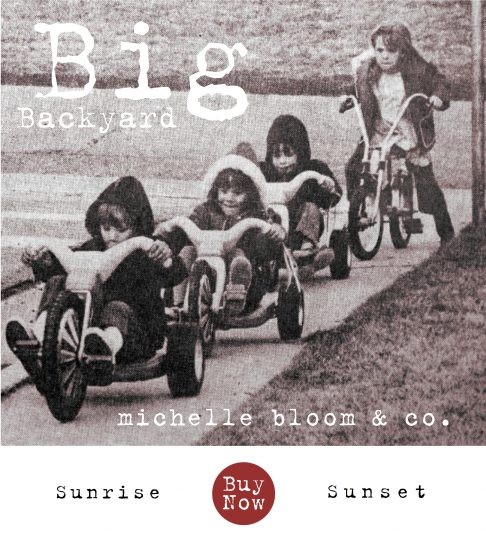 The cover is also reminiscent of the four Beatles crossing Abbey Road, which is now celebrating its 50th anniversary, along with other icons such as Simon and Garfunkel’s “Bridge over Troubled Waters,” Mr. Rogers, and Sesame Street.

Other songs Bloom includes in the album complete the picture of simpler bygone times.

The word nostalgia comes from the Greek nostos which means to return home, and algos which means pain. Nostalgia in centuries past was seen as a physical ailment for one’s home, most likely the source of the word homesick.

These days nostalgia is more of a bittersweet longing than a physical ailment. Still, Bloom’s “Big Backyard” manages to go beyond nostalgia. Rather than merely recalling a simpler time, her songs act as a time machine to bring that simpler time to us and our children in the present day.

Bloom’s album earned the Parent’s Choice Gold Award, as “a windswept, semi-nostalgic look back to her own childhood, and her children's. The music reminds this listener of the heydays of 70's acoustic and electric folk, with inspiration clearly drawn from Carole King, Laura Nyro and even Holly Near.”

Confined at home, I can’t imagine a better time to go a little old-fashioned, drop a CD into the stereo, and recall what it’s like to run barefoot through the grass and mud and feel the wind in your hair.

Close your eyes I’ll take you there

Across the Hills, close to the Stars

To get your own copy of Big Backyard, head over to AllThingsBloom.com, and create your own backyard in song. 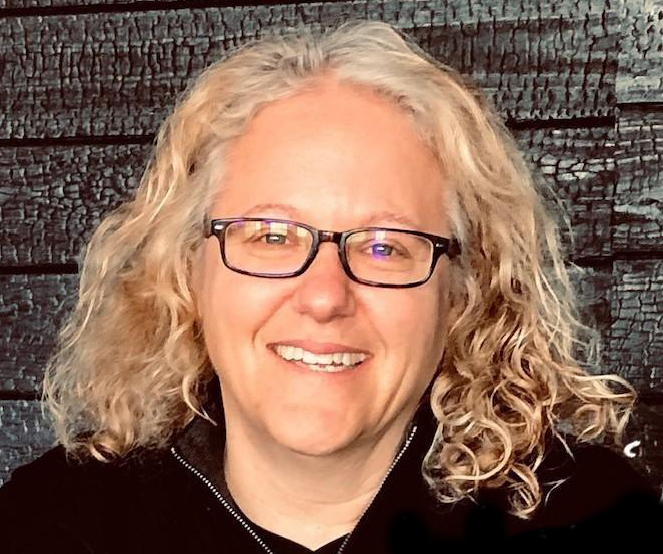