Sometimes You Just Have To Jump

My father had a rough childhood to say the least. His family didn’t come from wealth, nor were they ever able to achieve it – monetarily. Like most large families in the 40s and 50s, everyday was a struggle. Even though he did without for most of his formative years, he never let his circumstances dampen his spirit. My father always had big dreams. He dreamed of success, adventure, travel and the like. He also knew from an early age that the only person who can change your life – is you. Armed with this innate wisdom, he left school at age 17 to join the military. When I asked him why he decided to join the Army he jokingly said, “Because I knew I would at least get one meal a day and have a roof over my head”. It was also his only chance to be someone, to become something – so he took it.

His first role in the military was a Paratrooper – because why not jump out of planes for fun? As a Paratrooper you wore shiny boots and a beret, which allowed him to stand out among a crowd of brave men. These wardrobe additions, a larger-than-life ego, some southern charm, and his infinite confidence added on at least a foot to his vertically challenged frame. He was popular among his peers and the ladies. I like to compare him to Tom Cruise in Top Gun; he followed the rules just enough not to get kicked out, but broke them just enough to earn respect. 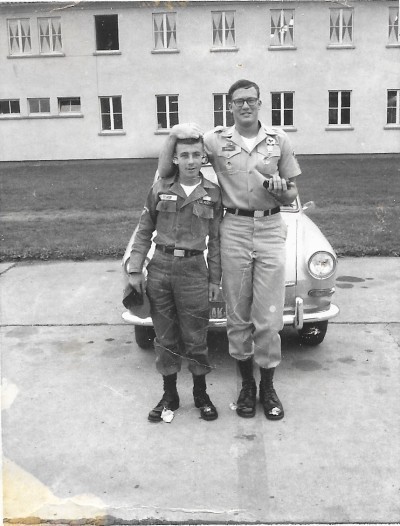 After a few near death experiences, some parachute malfunctions, being the subject of search and rescue efforts, the threat of being sent to Vietnam and being separated from his family, my father decided to find a new role – on land. Now responsible for little lives, he worked even harder to excel in his career. He sacrificed time with us so he could provide more than he had as a child, which made him a great dad. He pushed himself to the limits – mentally and physically. Anytime someone doubted his abilities, he’d work harder to prove them wrong. Even if he didn’t know what he was doing, he would fake it until he became it. When he accomplished one mission or became an expert in his field, he was on to the next one – never settling.

When I was young he would always encourage me to find my own way, be a problem-solver, and chase my dreams. Even if he wanted to jump in and save me, he'd let me figure things out for myself because he knew in the long run it would make me stronger. If I were ever discouraged he’d remind me that everyone, no matter who they are, puts their pants on one leg at a time. He knew all five of his kids were capable of accomplishing whatever we set out to do – and we have. 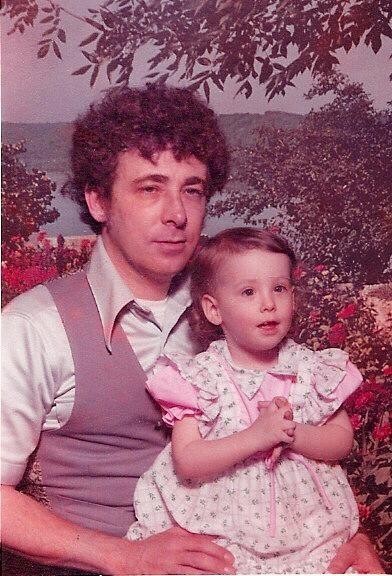 He went from a poor kid with a head full of dreams, to achieving many honors in two branches of the military and achieved success in civilian life. He holds a masters degree and attended law school. His expertise was utilized in all areas ranging from the Space Shuttle Training programs to the International Treaty and Anti-Terrorist Prevention programs. He retired after 45 years of service to our country. Now battling cancer, he’s still a fighter. He takes each day with a grain of salt, as he knows life still has a plan and he’s not afraid to see where it takes him.

It’s because of this drive and the faith my parents always had in me, I’ve been fearless in my own endeavors. Ultimately, my dreams have come true because I was never afraid to jump. For that, Dad – I thank you. Happy Father’s Day. Love you.

“Sometimes you just have to jump and life will always find a way to hand you a parachute.” 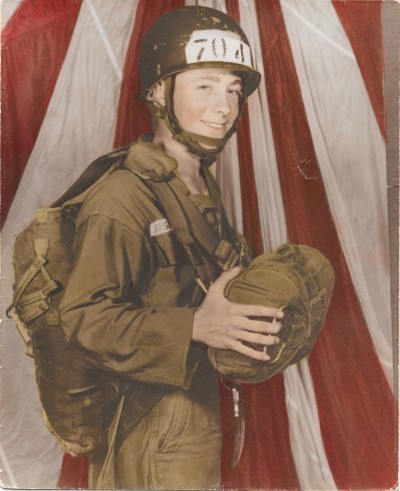 Chicagoan, author, writer, and mother to two lunatic toddlers. Co-Founder of the humor blog, Mother’s Guide To Sanity. Contributing writer for The Huffington Post, Scary Mommy and several others. Find me at hollyrust.com