Published by Colleen Esposito on December 30, 2019

A few weeks ago I got an SOS text from my best friend. She was having a hard parenting day - both of her kids were sick and everyone in her house needed sleep and TLC. She said instead of being nurturing and patient, she was frustrated and annoyed. She had nothing left to give, and more than anything, she just wanted to hide in her bedroom for the rest of the night.

Man have I been there. We’ve all been there! And that’s what I told her. Sometimes we just forget the things – those go-to remedies that pull us through to the next day - the parenting toolkit we all have stored somewhere in our heads – that list of steps to get our kids and ourselves back on track. Sometimes we’re just too damn tired to find it…or to even remember we have it.

Because she’s my best friend, my other half, my person, I knew exactly what she needed to hear: “Friend, you got this. Take it one hour at a time. Put them in a nice warm tub with Epson salt (throw some eucalyptus oil in if you have it), smear them both with Vix, put on cozy pjs, crank those humidifiers, spay some saline up their noses and call me tomorrow.”

She wrote back later that night: “Everyone went to bed happy and smelling delicious! Your advice changed our whole night around, thank you!”

Fast forward to the week before Christmas: now I was the one forgetting all the things. Exhausted to no end and incapable of even remembering my own advice and the things I’d relied on for five years and counting….

My husband and I were at our wits end because our oldest, Belle, had been waking up multiple times a night. And for the past few months, Rosie (2 yrs) has decided that her new wakeup time is between 4:30am and 4:50am. EVERY. DAY. Like clockwork. Everyone in our house is tired.

Then one night, Belle woke up six times. SIX. TIMES. She just kept appearing next to the bed staring at me, waiting for me to do something. Even though I’m five years into this whole mom thing, I still don’t do well with being woken up at night. So when someone is standing next to me in the dark, not speaking, just hoping I’ll read her mind in the wee hours, I’m less than patient.

God bless my husband, because he is SO GOOD in the night. He always has been – even when they were infants and needed endless diapers and bottles. That night, he patiently got up with her every single time, walked her back to her room and attempted to help her fall back to sleep. Patience is his super power.

But after the third (maybe the fourth?) middle of the night wake up, I started to worry. I lay there in bed (now fully awake, fully pissed about it, and fully concerned) pondering all of the reasons why she was waking up so much – because it wasn’t just that night, this had been happening all week. Was something wrong? Was she sick? Was she having bad dreams? Could she be anxious? Was it just the anticipation of Christmas? Probably (I do like blaming things on Christmas). Finally I just said a prayer to the Parenting Gods and asked for mercy and kids who would sleep.

But then the next morning as I attempted drink my coffee amidst the typical morning chaos of art projects, pancakes, fixing roller skates for a *uc$ing unicorn I wish I never bought, I googled “why is my five year old waking up multiple times a night?” and I quickly realized there wasn’t anything wrong with her at all.

It was entirely her parent’s fault. We forgot all the things. The things we’ve been doing FOR FIVE YEARS that have enabled her to sleep fine up until now. Things like:

Sticking to a bedtime routine. Duh. Tub, PJs, brush teeth, books, songs, sleep. Works every time. EVERY TIME. Yet, here we were not doing all the things for a solid week now. I take that back, we were doing the things – they just weren’t in order and they weren’t right before bed.

No chocolate or caffeine before bed. NO SHIT. I do know this. I know this because I’m an adult and I live in the world. It’s a life rule, not just a kid rule. So why have we been giving our kids their advent calendar chocolate as they’re about to go to bed? I have no idea. (Proof that Christmas is partially to blame)

Stop TV at least 30 min prior to bedtime. Oh, so letting our kids fall asleep snuggled up on us on the couch while we watch The Voice every night the past week hasn’t been a good idea? I guess not.

I was less than halfway through the article when I realized I’m the real life version of the blond emoji girl with her hand over her face. You know the one with purple shirt? Hi, that’s me. I’m her.

But I’m also just a human who gets caught up in life and to be honest, I’ve enjoyed letting the kids fall asleep on me all snuggled together. The bedtime routine gets tedious and if they fall asleep watching The Voice, then we don’t have to do all the 8773646 steps that are otherwise required before sleep.

As much as I like a break from the monotony and the nightly routine, I do in fact know that my kids don’t like it. Or maybe they do like it, but it’s not what they need. And I’ve also learned that the Parenting Gods really don’t like it when you mess with routine. They send thunderbolts from the sky in the form of kids who creep into your room and stare at you until you wake up 6 times in one night. They turn your kids into daytime monsters who snap at you and demand things and act like animals simply because they’re exhausted. The Parenting Gods are sneaky that way. They punish you in ways that remind you their rules are only there to help you.

So I have this to say to the Parenting Gods: I see you. I hear you. I will follow your rules and stop giving chocolate before bed, letting my kids fall asleep in front of the TV and I’ll go back to the bedtime routine. Just please let everyone in my house sleep. And please grant us all mercy when we forget the things…because we’re only humans. Amen. 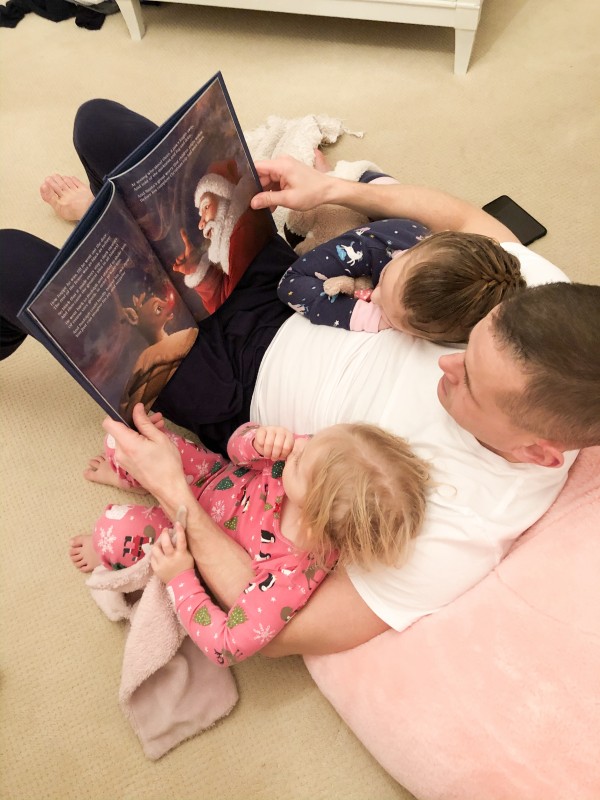 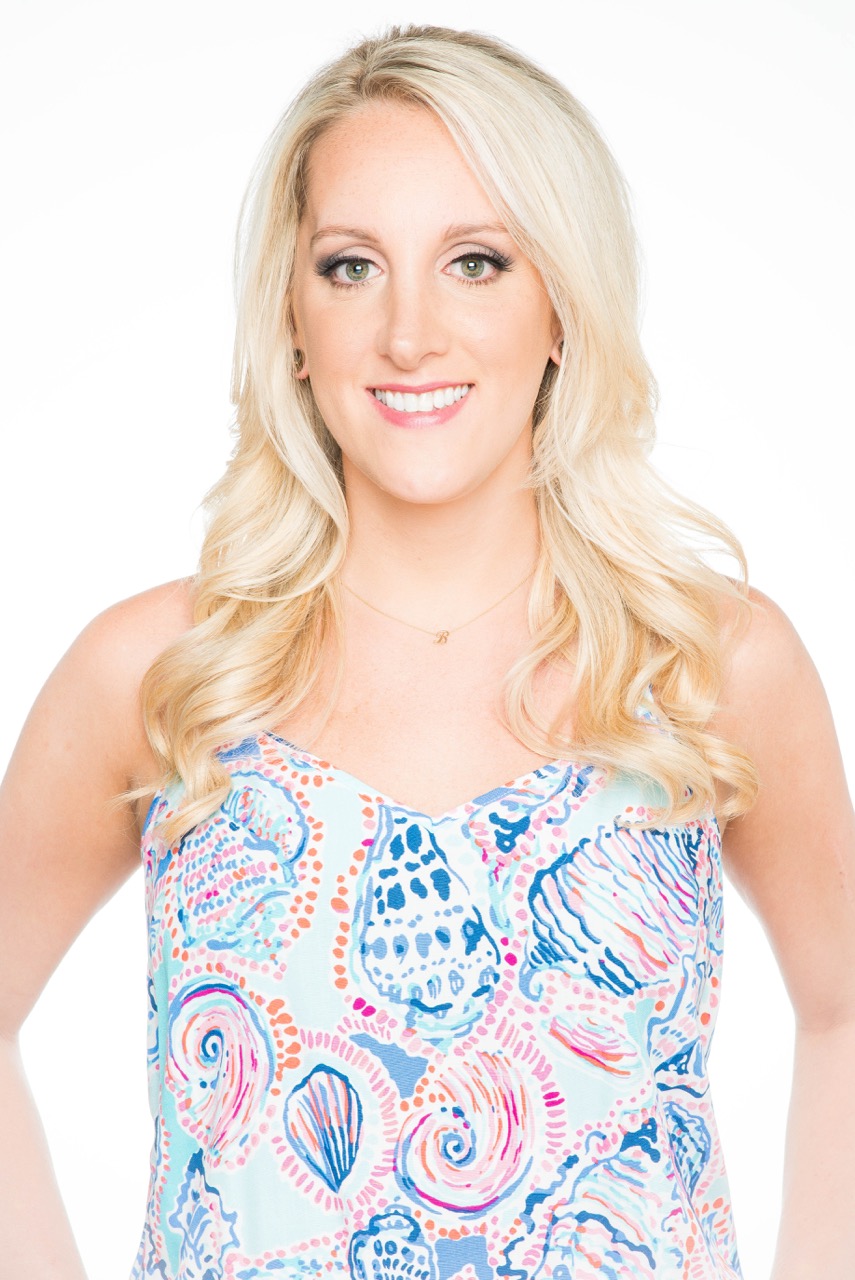 4 years ago, I quit ad agency life to be a stay at home mom. Getting pregnant was no easy task and I've been catching curve balls ever since. The Belle Curve blog is a collection of my stories from the battlefield. All thoughts are my own (and my kids).

10 Tips To Get Your Kids To Go To Bed and GO TO SLEEP!
How To Successfully Transition Your Child To A Big Kid Room...Or Not
Take Your Bedroom Back... Or Not
advertisement

10 Tips To Get Your Kids To Go To Bed and GO TO SLEEP!
How To Successfully Transition Your Child To A Big Kid Room...Or Not
Take Your Bedroom Back... Or Not