Sometimes my anxiety eats me alive...until I bite back 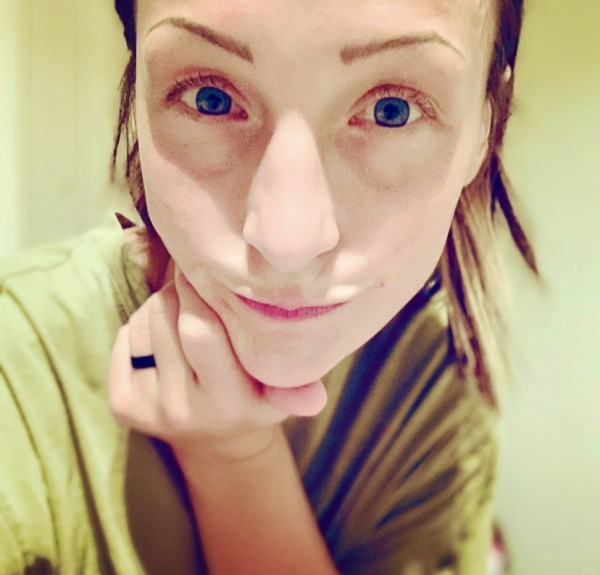 And I hate to refer to it like that and in no way mean disrespect to anyone who has or knows someone who experiences them.

I'm just trying to (poorly perhaps?) or semi-adequately depict for you what I mean when I tell you about it what it is that happens to me every day (and often more than once in a day). Heck, sometimes more than once an hour.

Sometimes there are behaviors associated with it.

There's my realization and reluctant acceptance of its presence.

And then there's what I feel I learn from it and how I can build upon that.

But at its onset, every time, it takes me down.

It makes me feel low.

It shrinks me to the fetal position.

It's the belief that I'm screwing up the one life that I've got.

That I'm not doing enough

-- as wife, mother, woman, member of the general public --

and that I, myself, am NOT ENOUGH because if I were, there wouldn't be time or room to question it.

I'd be busy doing, and I wouldn't have time for worrying that I'm not doing.

But I have the time and the space, so that must mean I lack as a person.

Nonetheless, I am practically eaten alive each day by

Until I escape its hold.

Until I see fear for the liar that it is and I remind myself that the person
-- wife, mother, woman, general public member --

I am today, is plenty enough.

PLENTY ENOUGH AND should diehardly refuse to succumb to the belief that I am anything less.

I think that women in today's society have convinced themselves that rest or pauses, in any form, mental or physical, are a sign of weakness.

The only thing weak about being today's woman is that we harbor this stupid notion that if we're not visibly or vocally tired, overworked, and overtasked, we are underperforming.

Because hear me when I say, the only way to underperform as today's woman is not to be one.

Today's woman has a crapton on her plate, and whether or not she's the fine china-kind or the paper kind, she's irrefutably impressive as hell.

So that's what I'm telling that icky feeling of mine, whenever it creeps up, that it can pack sand and get on its way.

And if you get these "tics" too, I hope you remember to do the same.

I may carry the 'mental load,' but my husband carries me.
What It's Like Having Anxiety During a Pandemic
Why I’m going to send my kids to summer camp this year
advertisement

I may carry the 'mental load,' but my husband carries me.
What It's Like Having Anxiety During a Pandemic
Why I’m going to send my kids to summer camp this year