There. I said it.

What more than 50% of us were probably thinking on Mother's Day, when we finally were able to tuck our cherubs into bed - "I'm glad today is over." Surely none of us started out with the expectation that our "special" day would be trying, and yet, for some of us, it was. Including me.

In no way did I think my Mother's Day would be full of yelling at my six year old - pretty much all day. No way did I think we would cut our lake house weekend short or skip going out to dinner because of the tantrum throwing. I seriously thought I was going to have a nice, peaceful day doing nothing except the things I actually wanted to do. As of noon yesterday, I wanted it to be over.

Mother's Day - the day all moms are supposed to "take off" - like that's actually a thing. I mean, great, someone else will do the dishes but in real life no one is going to proactively do all the other things we do on a daily basis. I had just come off of a week in California - jet lagged to the extreme coupled by two days of intense allergies. I did not want to do anything for Mother's Day this year. I wanted to stay home, read a book, make breakfast (yes, I had help, but because everyone wanted something different, we needed more than two hands) and choose the chores I was going to do. Laundry, yes. Scrubbing toilets, no.

Unfortunately that was not to be. Not without arguing among the minions. And my older one was not to blame for the most part. I mean, he did retaliate when provoked, but who wouldn't when there's a over active six year old in your face, poking and prodding your private parts for a reaction while you're trying to do homework? I would drop kick the kid if it were me!

The issue is that the little one doesn't know when to quit. He keeps going because he thinks it's funny and because he wants a reaction. Sometimes he gets a laugh, because, sometimes it's actually funny. Not yesterday. Yesterday it was annoying.

My day was filled with lovely texts and social media posts from friends and relatives wishing me a happy day while my kid was being a jerk. It was impossible to not check out my news feed a few times to see all of the lovely posts from my friends and the day they were having. Lots of hearts and flowers and "I'm blessed to be your mommy" posts. Lots of thanking their own mothers (I did too - it was my mom's birthday to boot!) for their love and support. No one posted about having a crappy day. Until I did on my Instagram story in the afternoon. The little one had just gotten in trouble by his father and was restricted from playing baseball outside because he could not listen. Because it was so fun, I made a little video of it.

Last night after watching the hysterical video of Amy Schumer on SNL the night before tell her child his birth story , I decided to get real with the mamas I have on a group text. I simply said "my kid has been an asshole all day" which prompted my girls to chime in with their replies. One offered up that her son was being a jerk too, and another admitted that she was being the asshole! Bonus points for that one. Relief that I was not alone.

Here's the thing. I love my kids more than life itself. I don't love the idea that we're supposed to have a day off that never actually turns into a day off. I love that we celebrate motherhood, but we should celebrate it everyday, because as it turns out, moms are badass. I love that my kids make me home made cards and profess their undying love for me. I don't love that they bicker and can't listen which truthfully is every day of the year in some capacity. It's the nature of the beast.

Instead of trying to have a "perfect" (I actually don't really like that word) day, how about we have zero expectations and go with the flow? Be grateful for the day we've been given, challenges and all and grow from them. That's my idea of a good Mother's Day. And if all else fails, there's mimosas. 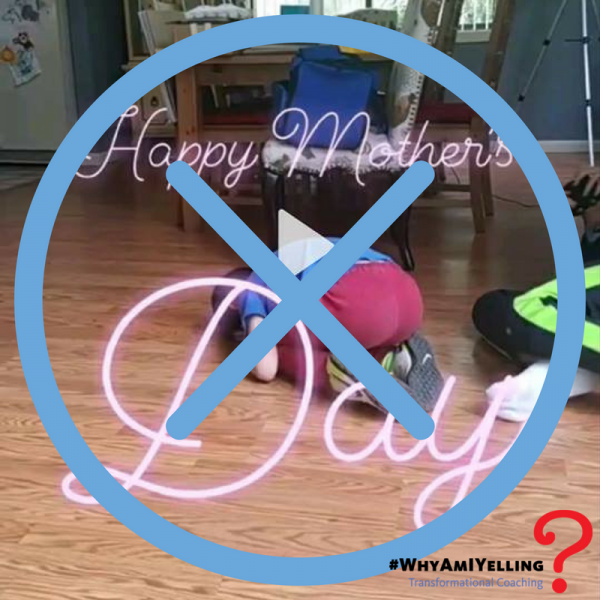 You're My Favorite Asshole
5 ways to avoid Mother's Day disappointment
Please Do Something About Your Child The Bully, Before I Have To Bury Mine
advertisement

You're My Favorite Asshole
5 ways to avoid Mother's Day disappointment
Please Do Something About Your Child The Bully, Before I Have To Bury Mine