Something lost long ago – How kids played. 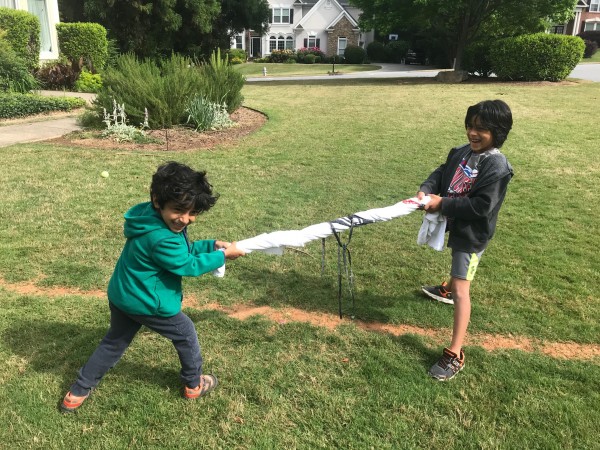 We have an opportunity to redefine what sports and play means for kids.

With the arrival of the virus, modern parenting has been uprooted and spun around as badly as the play area in your home you’re probably sitting in right now. The question that many of us are facing now is, how do we create a new normal, and what does that really mean? Let’s take this as an opportunity to redefine modern parenting and incorporate some of the positive aspects that we lost long ago.

As a mom of two young boys, ages 7 and 4, I can mostly speak to only the young kids, but I imagine many parents with older ones can relate. Pre-pandemic, many parents were living a hurried life – running from soccer to t-ball, to music classes, karate, scouts. In an effort to help your children learn new skills, socialize and keep them active, we signed them up for too much and yet not enough at the same time. We were living in a culture that celebrates “more-ness” and glorifies being busy.

I started Pickup Sports a couple years ago as a way for parents to take a step back, especially when it comes to kids and organized sports. In our home, we always only participated in one organized activity for each child at a time and encouraged free-play … a lot! But as our kids were growing older, it was increasingly getting difficult to find kids in the neighborhood who are just playing outside for fun. Everyone was too busy running from one organized activity to another.

Things are opening up around the world and slowly that will include organized activities for kids. If you’re a parent to young kids (age 3-6), there are some practical ways we can help our kids learn new skills, keep them active, and stay sane ourselves. One way is to really evaluate what our kids are signed up for. Aside from cost and inconvenience, for example, does a 4-year-old really need to be disqualified from playing a t-ball game because he’s wearing the wrong type of helmet? What kids that young really want is to just play with other kids, and maybe get a little better.

When it comes to physical literacy in kids (achieving basic motor control and ball control skills), try following the philosophy of what I call “teach and release” – teach them one new skill on your own, then release them to let them do what they want with it. Think of it like teaching them how to throw (step with opposite foot and throw) properly before playing baseball. As a mom who never played any competitive sports, I was under the delusion that some professional needs to teach my child. But I quickly realized that you don’t need to be a pro to teach a 3-year-old the basics.

When kids master a skill before moving on, we can see the excitement and confidence they have – and sharing that moment by being the one who taught them, is purely bliss. The “release” part is especially important as it fosters independence. Kids don’t need to be told how to play. Just let them.

In a 2007 clinical report for the American Academy of Pediatrics, the physician Kenneth R. Ginsburg wrote that “play allows children to use their creativity while developing their imagination, dexterity, and physical, cognitive, and emotional strength.” Yet “many [kids] are being raised in an increasingly hurried and pressured style that may limit the protective benefits they would gain from child-driven play.”

Say no to the hurried life

A hurried life is an unhealthy life. Our minds need time to rest and recharge. As things move back to a new normal, each of us needs to give ourselves the gift of time. The pandemic has thrown parents into a crazy world of being incredibly busy with home schooling, cleaning, working jobs, zoom calls with a child on your lap! Most moms I know have had close to no time to just be still. So although our hurried life slowed down in some ways, it really didn’t.

Post-pandemic, my hope is that we all re-evaluate how we fill our time and our kids time. Dragging a kid from one activity to another maybe isn’t as fun as doing some quick virtual lessons at home and letting them play outside with friends.

No I don’t mean have your kids be in charge of everything! But, if there is one thing they should be in charge of, it’s what and how they play. When grownups decide too much for their children, the kids don’t get to build their confidence, build independence, learn to overcome obstacles, and ultimately not having that, builds anxiety. Give them the opportunity to come up with their own games and make their own rules. Don’t have enough kids to make a soccer team? Doesn’t matter! They can still play a game and come up with new rules!

If there is any silver lining to the pandemic, it’s that we all have a chance to reconnect to a lifestyle that was lost long ago. One that prioritized family connections, didn’t push for more of everything, and most importantly included some form of stillness and time. Let’s start glorifying free-play and brag about what our kids are not signing up for rather than what they are! 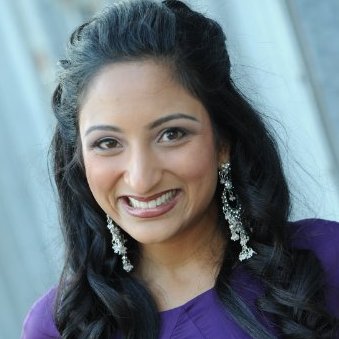 Lakshmi Jayanthi is a mom of two young boys in the Atlanta area and Founder and CEO of Pickup Sports & it's Foundation. Pickup sports is a mission-based company that helps parents teach young kids the fundamentals of sports and physical literacy. The Pickup Sports Foundation, is a non-profit that provides free virtual sports skills classes for all kids, with the belief that sports and physical education should be accessible for everyone.