Six Reasons to Have Six Kids 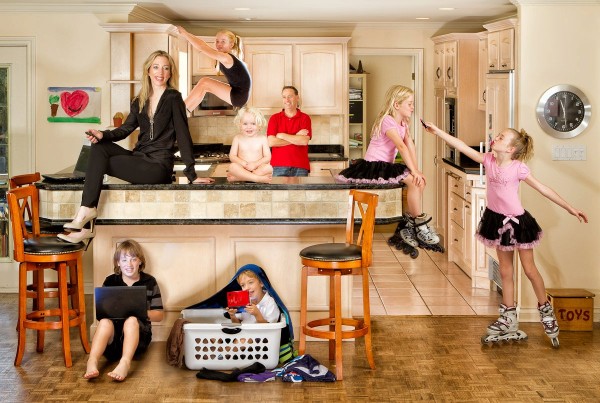 When people hear that I have six kids, the reaction is usually entertaining. Sure there are some days when I wonder what I’ve got myself into, worry about the world they’ll inherit and consider the environmental footprint of a family like mine. But most of the time I just celebrate how awesome it is to have six kids. Here are a few reasons why!

A couple of years ago when the recession hit, I was interviewed and wrote articles about whether the economic recession would affect my decision to have another child. The short answer was “No”.

I believe that for the most part, children are as expensive as you make them. Sure there is that initial cash outlay with the first child, but if you go on to have several children you are really just getting more bang outta your buck. When I look at our battered bassinet, stained stroller, filthy crib and tired change table, I feel like we got good value for our dollar. And talk about a good hand-me-down situation in the clothing department. My last couple of babies don’t know what new clothes feel like.

I can see that they might get expensive as they start heading off to university, but we’ve got some sensible RRSPs going and besides, my kids will not be served up a post-secondary education on a platter. Summer jobs and student loans exist for a reason and I have no problem seeing mine work to earn their educations.

Being able to “afford” children is relative. I can’t afford a flashy car, but I can afford six kids. There are people with flashy cars who can’t afford another child. Whatever turns your crank.

2. You Have Nice Kids

People often comment that kids from big families seem “nice”. Sure it’s a generalization, but I’ve got a few theories on this one. One of the reasons they are nice is because it is difficult to spoil them. Certainly there are children from small families who are not spoiled, but spoiling children in large families is nearly impossible. I simply can’t (and won’t) buy identical high-end expensive toys and gadgets for my kids. Most things they have, they share. I also can’t serve them hand and foot. If Ifetched each kid a snack every time they were hungry,I’d be fetching snacks all day long. My 6-year-old has been getting her own breakfast for as long as I remember. Older kids might help out the younger ones with a bowl of cereal or glass of juice. The fact is, they are fairly independent and helpful – and they have to be if they want to have snacks.

So it would appear that kids who are independent, not materialistic and know how to share seem to be perceived as “nice” by the general population.

Let’s face it, when you have small kids, you’re already lacking sleep, a social life or even time to sit down to eat. You’ve been mistaken for a zombie at work, and you never go anywhere without a diaper bag. An overnight trip requires a mini-van packed with portacots, strollers and twelve changes of clothes for your baby that spits up. You’re already thick into the parenting lifestyle and a couple of extra kids are not going to make that exponentially harder.If you’ve gone from one kid to two, you’ve done the hard part. Sure, things can be pretty hairy at times, but for every time a point goes on the “hassle” side, the “this is awesome” side gets 100 points. Those are the kinds of stats I can live with.

4. You Have a Built-In Entertainment System

I don’t hear the words “I’m bored” very often. Mostly because it’s like begging for a chore, or perhaps because my kiddos know my response would be “Only boring people are bored”. The reality is, my kids have built-in playmates. Sure they bicker but often they disappear into the basement or outside for hours. No mama entertainment required.I like doing activities with my kids, but the idea of playing Barbie or My Little Pet Shop is enough to make me want to poke my eyes out. My mama friends of singletons report that playing with Barbie well and truly loses its shine once you hit 35. As for my babies – they just happily pass their days being constantly entertained by the fun and antics that surround them.

5. It Makes Them Social

It just so happens that my eldest child has autism. If you have a child with deficits in communication, social skills and imaginative play, you can see the value of having three little sisters by the age of five. Those girls have talked to him, engaged him and dragged him into imaginative play as if it were their jobs. He couldn’t escape socialization – eating with them, bathing, and sharing a room. Did I have a big family because of his autism? Nope, but the very best thing I’ve done for this kid is load him up with siblings. My son runs with the pack and my expectations of him are raised because he needs to pull his weight in this family, just like everyone else.

6. Guess Who is Not Going Into a Retirement Home!

That’s right. Those six people can take turns passing me around. I might even fake a bit of incontinence as payback for the twelve years of diaper changing.And they should consider themselves lucky – they won’t have three in diapers at once like some of us have.

I think these faces speak for themselves: 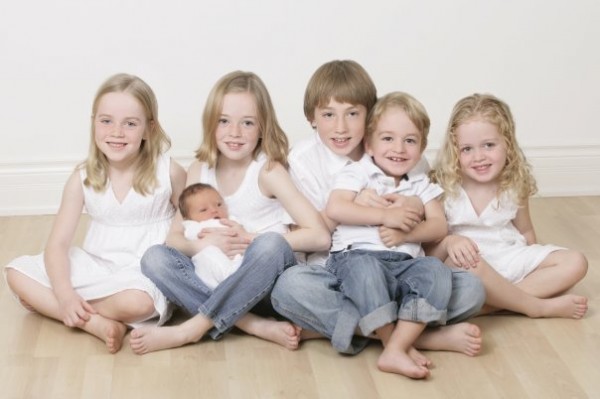 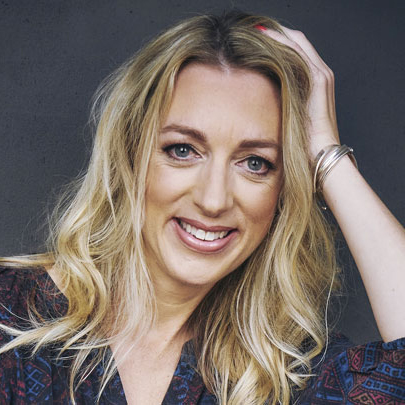 Julie Cole is the co-founding vice-president of award-winning children's product, Mabel's Labels. Cole is a regular television contributor, an influential and syndicated blogger and a mother of six.

5 tips for choosing a mainstream summer camp for your child with special needs
Why You Should Know About Childhood Apraxia of Speech
"What's wrong with that boy?" 6 ways to talk to your kids about disabilities
advertisement

5 tips for choosing a mainstream summer camp for your child with special needs
Why You Should Know About Childhood Apraxia of Speech
"What's wrong with that boy?" 6 ways to talk to your kids about disabilities