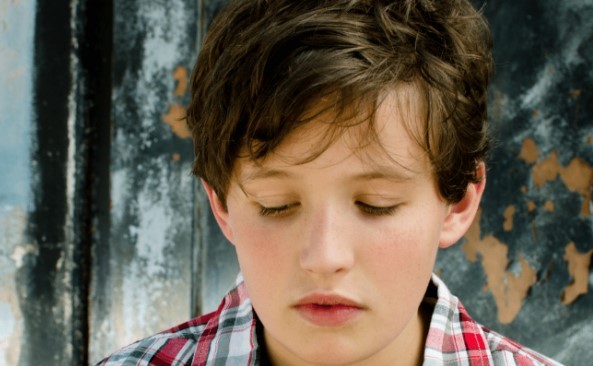 In third grade, my son put himself out there. He tried out for the elementary track team. He ran his heart out at tryouts and was devastated the next day when the team was announced and his name wasn’t on the list.

He told me what it felt like when the names were announced and his wasn’t there. He told me he fought hard not to cry and wore his sunglasses in class so no one could see his eyes. I helped him process this loss by telling him what a great runner he was, faster than I’ve ever been in my life.

When his dad came home from work, my son was moping around about his loss. Sad and despairing, he told his dad he didn’t make it. Instead of telling him how fast he was, his dad’s response was different and, I thought, harsh.

“Well, you have two options. Sit on your butt playing video games and stay slow, or get out there and run so you’ll be faster for next year’s tryouts.”

I remember my son’s pissed-off face as he processed this. I remember my face as I shot my husband the “really?!” look from across the room.

The next day after school, my son started running. He ran to the end of the block over and over again. He ran faster and faster. In fourth grade, he made the elementary track team. In fifth grade, he was a team captain.

I acutely remember the times in my life when I put myself out there and had a presumed failure. I remember the work that my best friend, Angela, and I put in for my junior high student council president campaign. I also remember how it felt to lose to Chris, who performed a dance and a toe touch to “I Feel Good” instead of giving a campaign speech like I did.

I remember the first time I tried out for the high school drill team. “Congratulations to the new Tex-Anns!” was posted on the gym wall. I searched the list several times and didn’t see my name. I had to pull myself together to congratulate my friends when I wanted to run away and cry. I went home and lay on my bed until bedtime, refusing to talk to anyone who wanted to console me.

The first time I applied to medical school, I didn’t get even one interview. Not one. Graduating from college, I created a narrative of “taking time to see what I want to do” instead of having the confidence to say “I didn’t get an interview. Not one school was interested in what I have to offer.” As someone who hadn’t really had to put much effort into academic achievements, this rejection stung.

After my rejection, I moved to Colorado and worked a few months as a waitress. When I came back to Texas and needed a plan to start paying my bills, I joined a temp agency for work. They sent me all over the Dallas-Fort Worth area where I mostly answered phones and did clerical work.

A few months later, I did what my son did. I started studying for the MCAT. I started a new job doing medical editing. And I reapplied to medical school. This time, I got interviews, and I got accepted. I’ve had an amazing journey working in pediatrics for 16 years so far.

As parents, this is a time of year when our kids are putting themselves out there. They are trying out for teams they might not make and positions they might not play. Even if they make the team, they might be benched, leaving parents to fret from the sidelines.

They are trying out for solos for which they won’t be chosen. Auditioning for the lead role and being given the back-up part. Trying out for the solo dance and being named the alternate.

They’re taking standardized tests and won’t be labeled exceptional like we know them to be. They’re applying to schools that will reject them. Interviewing for jobs that will choose another candidate.

They are putting themselves out there and learning to face rejection. Watching my kids learn tough lessons in rejection is even harder than being rejected myself.

Strangely, I don’t have a vivid memory of the year I did make the drill team. I don’t remember opening the mail with my acceptance to medical school. The rejections stung more and left a bigger imprint on my life. They also forced me to make a choice: give it up or fight for it. In hindsight, my life’s path happened exactly as it was meant to. And those rejections gave me the grit I would need in life.

During my own times of rejection, I had to reach deep down to decide if my goal was worth fighting for. When our kids are rejected, they have to do the same. If it isn’t worth it, we can help them choose another path. But if the dream is worth fighting for, we can help them get up and fight. And that is an important lesson for our kids. Sit on your butt and stay slow, or get up and learn to run faster.