Published by Sara Borgstede on October 14, 2017 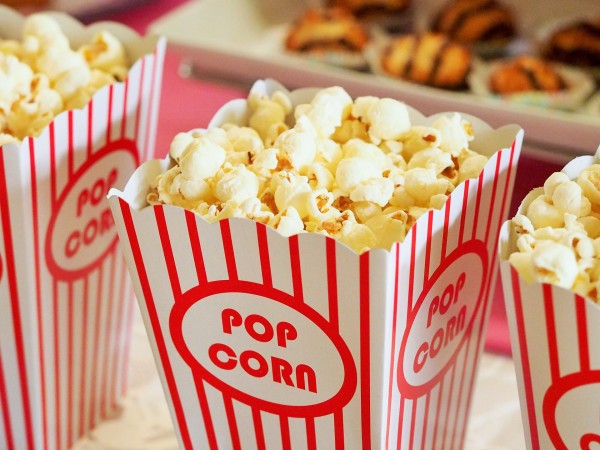 This question is one about which everyone seems to have differing views.

Seriously though, it’s a topic I have found myself mulling over quite a bit the last few weeks. Let me quickly explain.

I went to see the Stephen King movie IT a few weeks ago. Some of you may have read my blog THE ONE MOVIE YOU SHOULD NOT TAKE YOUR CHILDREN TO SEE. I also felt obliged to write a Facebook post warning parents that they may want to think twice before letting their kids see it. I personally felt it was more than just a “scary clown movie” and thought some of the themes may be disturbing. (If you haven’t done so, please feel free to join my Facebook page – Jeff Marshall, Movie Blogger)

Remarkably, the blog has had over 95,000 views! The Facebook post reached 3.4 million people, had over 19 thousand shares and nearly 8 thousand comments and it was mentioned on a couple movie podcasts. For a freelance movie blogger from the midwest, this is beyond extraordinary.

Obviously, I hit a raw nerve.

The Motion Picture Association of America (MPAA) began rating movies in 1968 as a way of limiting censorship of filmmakers, but at the same time warning parents of questionable material in the films being released.

Here is how they formally describe each of their ratings:

G – Nothing that would offend parents for viewing by children.

PG – Parents urged to give “parental guidance”. May contain some material parents might not like for their young children.

PG-13 – Parents are urged to be cautious. Some material may be inappropriate for pre-teenagers.

R – Contains some adult material. Parents are urged to learn more about the film before taking their young children with them.

Does the Movie Rating System Work?

The movie rating system is indeed a good one. I particularly like how they define an R-rated movie by urging parents to learn more about the film.

That being said, there are certainly flaws in the movie rating system that may not be fixable. The MPAA has tried to make changes over the years to keep it as effective as possible.

In 1984, they created the PG-13 rating to bridge the gap between PG and R. It has been reported that the releases of INDIANA JONES AND THE TEMPLE OF DOOM and GREMLINS that year led to the need for a new rating.

A bit of trivia: There has only been ONE X-rated film to ever win the Academy Award for Best Picture. Do you know what it is?

John Schlesinger’s 1969 X-rated MIDNIGHT COWBOY starring Jon Voight and Dustin Hoffman won the Best Picture Oscar. Were it to be released today, I imagine it would be PG-13!

There is no right or wrong answer to the question of if children should see R-rated movies, which is why people have such passionate views one way or the other.

Keep in mind you’re reading the thoughts of a single, childless 44 year old who nevertheless has had 25 years of experience with nieces and a nephew who have spent hours and hours watching movies with Uncle Jeff (or UJ as I’m often called).

I have shared the story many times in the past that my parents allowed me to see my first R-rated movie when I was only 10 years old. They did this because I was already showing an intense interest in the arts, and I was really anxious to see a movie called SILKWOOD because it featured a young actress who seemed to be taking the world by storm and with whom I developed an immediate fascination. She of course is Meryl Streep. Read more about our relationship here.

So with that in mind, I can’t categorically say that I think it is wrong for children to watch R-rated films. That would obviously be hypocritical of me.

The Decision is Up to Parents and Guardians

Parents, aunt and uncles, grandmas and grandpas, guardians – these people know what the children in their families are like, what their attitudes and maturity levels are, and what their thresholds are for disturbing themes and subject matter.

The burden of making this decision is totally up to the parents and guardians.

What saddens me, is that many parents and guardians are either unaware of the content of the movies their children are seeing or simply don’t care.

Can Movies Be Harmful to Children?

Reading the comments to my IT Facebook post was a complete and utter wake-up call for many reasons.

But be warned, there’s some awfully foul language used and some incredibly mean things said to yours truly. I have certainly developed a new and improved backbone.

Many of the comments broke my heart because they had no idea that this “scary clown movie” featured implied child sexual abuse by a parent, a scene in which a young boy has his stomach carved with a knife by bullies, a scene in which a teenager graphically kills his father, and more.

There were parents who let their children see this movie because they had no idea the extent of its disturbing themes. EVEN THOUGH IT WAS R-RATED.

What made me even sadder was the number of commenters who said that it didn’t matter what their kids watched and said the author should mind his own business. I can now admit to you readers I was crushed by some of the comments, not only what they said but the anger, hatred, and venom with which they said it. I had some tough days.

Are movies and television a symptom of society or the catalyst? Does the media simply reflect what’s already going on or does it influence what is actually happening?

What Do You Think?

Obviously my titular question doesn’t have a simple YES or NO answer.

My hope is that more parents will take an interest in what their children are consuming so they are better equipped to make the decisions for their individual children.

Of course not every kid that watches a violent murder in a movie is going to leave the theater and emulate the action. But do you think your children might become desensitized to violence if it becomes part of their regular viewing diet? Do young boys who witness the degradation and humiliation of women on screen grow up to subconsciously think the opposite sex is inferior?

All interesting questions, and I’m sure the debate will go on for decades to come. I’m anxious to hear what your thoughts are when it comes to children and R-rated movies.

Sara is a wife and mom to 5 kids by birth and special needs adoption, pastor's wife, and 100 pound weight loss success story. Find her at www.theholymess.com and her online fitness program for women, www.faithfulfinishlines.com.

Gaming And Kids: Guide for Parenting In The Digital Age
From what age my son can watch horror movies
5 Simple tips for taking your kids to the movies
advertisement

Gaming And Kids: Guide for Parenting In The Digital Age
From what age my son can watch horror movies
5 Simple tips for taking your kids to the movies