Rigby is Our King and My Hero

On August 19th, 2014 in the midst of a thunderstorm my son Rigby entered the world. Before I could even hold him, let alone look at him, he was whisked off into a corner and surrounded by a team of medical professionals who were working desperately to save his life.

Only 4 months earlier on April 20th, 2014, Good Friday, we were told point blank that our unborn son would die upon being born. It was during his 20 week ultrasound that we discovered that Rigby had a blockage inside of one of the valves connecting his bladder to his kidneys. Because of this blockage his right kidney was completely destroyed while his left was just barely functioning. In addition he had no amniotic fluid surrounding him and underdeveloped lungs that could not sustain life outside of the womb.

For a first time mom of a rainbow baby, I had suffered a miscarriage a year earlier, hearing that my child would die upon being born was heartbreaking. However, part of my being a first time mom was my resolve to not give up on my son.

After 10 long minutes the doctors let me see Rigby briefly before they whisked him up to the NICU two floors above me. His eyes were open and he was looking around him in wonder. The next time I saw Rigby was 4 hours later when they wheeled me into his room in the NICU. He was covered in wires and tubes and fast asleep. My husband and I posed for a picture with our sleeping son before I was brought back to my room and told to get some rest.

Any mom can tell you that the first month with a newborn baby is tough. However, only a select few can tell you how tough it is when you are spending each day of that first month wondering if this will be your child's last day on Earth.

I spent my son's first month of life staring at a screen for hours listening to the beeping that is so familiar to other NICU families. In the beginning there were days when the doctors would come in and say that the prognosis didn't look good and I would dissolve into tears while listening to my son's ventilator help him breathe. However, as the days turned into weeks the doctor's began to change their tune.

When he was a month old Rigby was able to breathe room air. Some of his tubes were removed and I was given my first opportunity to hold him. To say that holding my infant son for the first time was the happiest moment of my life would be wrong. The happiest moment came when Rigby was nearly two months old, on October 7th, 2014. That was the day we brought Rigby home from the NICU.

I wish I could say Rigby's journey after that was easy but I would be lying. We were back in the hospital a month later due to issues with Rigby loosing weight to quickly. After that we became frequent flyers averaging at least one overnight hospital stay a month. Things remained this way until July 2016 when Rigby received the gift of life from.gis dad and underwent a living donor kidney transplant.

Today Rigby is a happy and healthy 3 year old who is full of energy and life. His strength and charm have influenced countless people who are inspired by his zest for life. When I started fundraising for Rigby's transplant I created the slogan "Rigby is Our King." It perfectly encompasses what Rigby means to me and everyone who has ever met him. Rigby is our hero and the strongest person I have ever met. 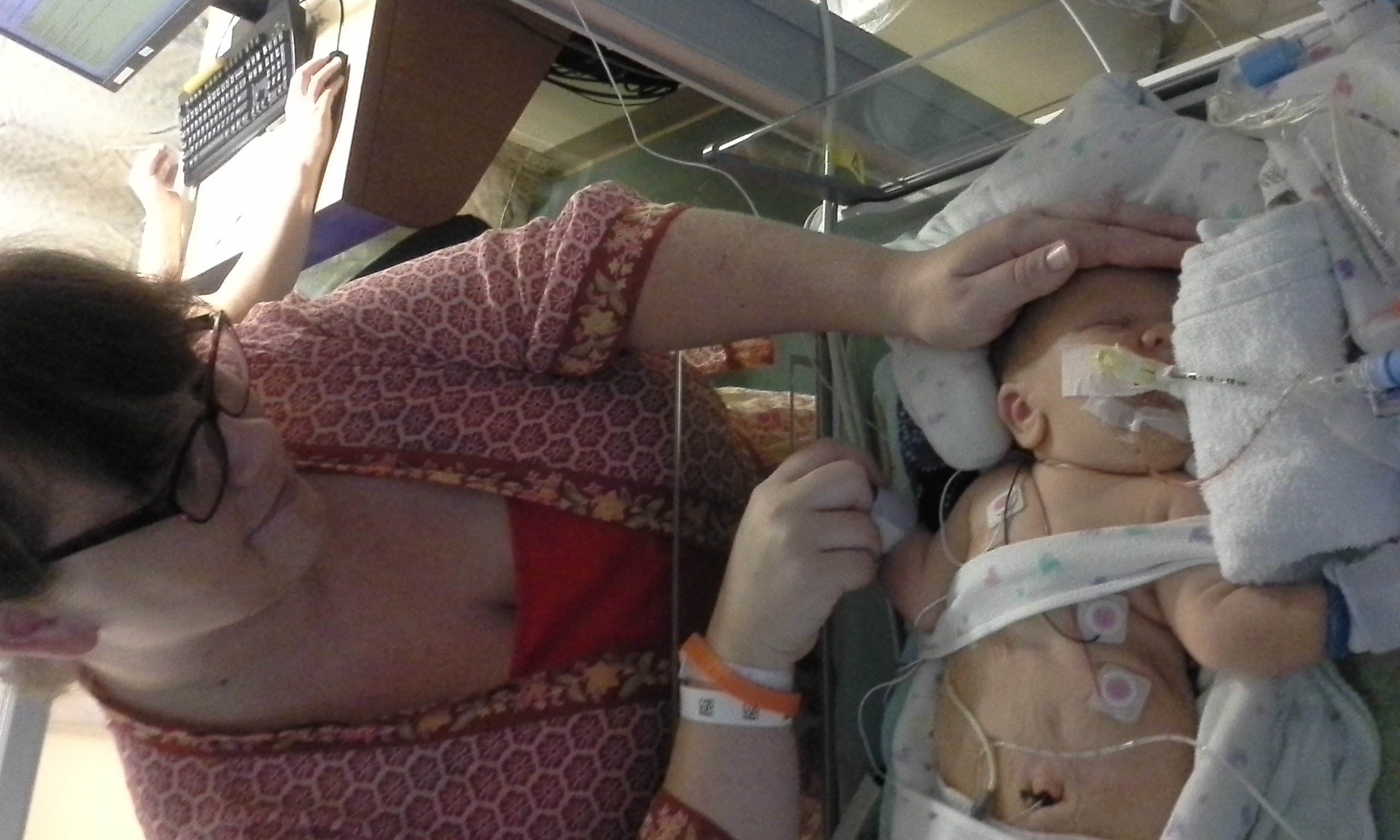