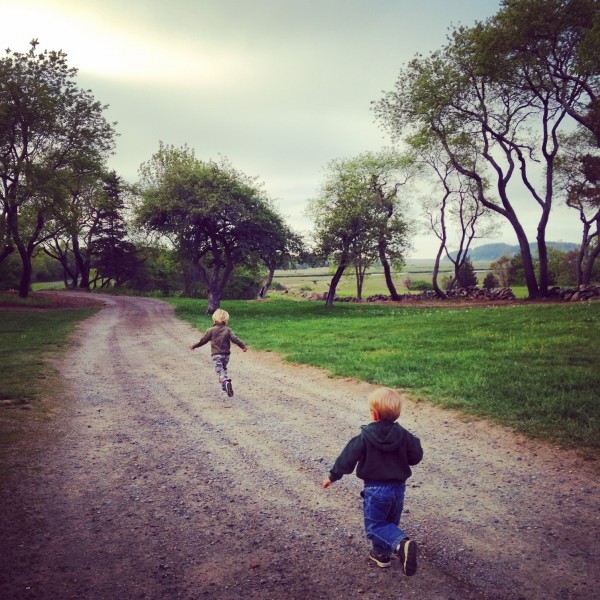 “No! No kisses for you. I won’t!” he decrees. His mouth is downturned but a glimmer in his eyes tells me that he knows exactly the reaction he’s going to get.

“Why?” his brother wails. “I just want to kiss you. I just love you!” He is pleading, reaching across me now, his hands grasping for his brother who indignantly stays just beyond his reach.

With nose upturned he maintains, “No kisses.”

This scene plays out again and again in our house. At first I wasn’t even sure how to handle it. I know my three-year old is mostly just trying to upset his brother, but the real issue here goes much deeper. At first I didn’t think they were ready for it. I’m not focusing on how to treat a brother kindly. We focus on that enough. This is about something much bigger. This is about respecting bodies, boundaries and our right to say no. At first I hadn’t heard about Brock Turner. But then I did, so this is a lesson in consent, toddler-style.

When I first saw the photos of Brock Turner alongside the headlines of the Stanford rape case, I pictured my own sons. I imagined that when Brock was their age, he probably looked a lot like they do. And I imagined that if I were to raise a son like Brock, I probably would have been very proud of him right up until that moment in January 2015. It’s so easy to get caught up in societal images of success. Who wouldn’t be proud of a Division-1 athlete at an Ivy League school, bound for the Olympics?

We use anatomical names for the appropriate body parts because it’s been linked with decreasing the shame associated with genitals and decreasing the likelihood that our children will be victims of sexual abuse. It also increases our children’s sense of ownership over their bodies. We talk about penises and vaginas in much the same way that we talk about elbows and knees.

When the boys have questions or concerns about their bodies, we are matter of fact and we give science-based answers. Being open and honest reinforces that we don’t keep secrets about our bodies or touching. Giving the boys the appropriate vocabulary to talk about their bodies means that we will never have to wonder exactly what they mean should they ever report a question, concern or incident. By protecting our children from sexual abuse, we decrease the chance that they will become sexual abusers themselves.

NO, STOP, and DON’T are powerful words and when our children use them regarding their bodies, we need to listen. We don’t make the boys hug, kiss or otherwise touch someone if they don’t want to, even when it’s their own brother who is begging for a kiss. By reinforcing for my boys that they are in charge of their own bodies, we also reinforce that everyone has that same right.

Key to this is also fostering empathy. We engage in conversations around why someone may not want to be tickled or share their seat. We teach and respect that everyone has different comfort levels when it comes to their bodies and we have to respect the boundaries that others set just as we can expect our boundaries to be respected.

3. We teach the concept of consent.

Of course this means that we stress that no always means no when it comes to bodies, but that on its own is not enough. Consent is nuanced.

We teach our boys to ask for consent whenever they are interacting physically with another person. This may sound like overkill but it’s the most important concept to drive home at this age. When I see my child dive straight into an enthusiastic hug with his cousin, I remind him gently, “That’s very nice of you to hug your cousin but please make sure you ask her if she’d like a hug before you hug her next time.” Constantly reinforce that it is never ok to touch someone’s body without permission.

Also remind often that, it’s not enough that someone doesn’t say no. They actually need to say yes, and they need to mean it. When someone can’t tell us if something is ok, like if they’re a baby or if they’re very sick, we are extra careful with them to make sure that we don’t do anything unnecessary that they may not like.

We also teach the boys that they should not force or badger someone into saying yes. I remind them that if a friend does not want a hug and you really, really want to hug them, you can tell them, “I know you don’t want a hug right now, but if you change your mind let me know!” Don’t ask them again and again. Don’t try to convince them. Don’t think that just because they wanted a hug last week, they want another one right now. Just accept that they don’t want a hug, and move on to something else.

4. We hold them responsible for their actions.

My boys are not perfect. They are sometimes defiant or rude or too rough with me and friends and one another. When this happens, I make sure that they know that their behavior is unacceptable and I make sure that there are logical consequences to their poor choices.

When my four-year-old chases his fearful little brother into the kitchen, waving a plastic tyrannosaurus and roaring maniacally despite my repeated warnings, I put his T-rex in time-out on top of the fridge and I send my boy to play by himself in another room until he can play beside his brother in a way that won’t scare him. When I catch my three-year-old with a marker, scribbling across the newly painted floors upstairs, he joins me in cleaning up the mess and putting the markers somewhere out of reach, where he will have to ask for permission before he gets the privilege of using them again.

Someday my boys will grow up and leave our nest. They will have rooms and apartments and homes of which I’m not a part. Maybe they will go to college. Maybe they will find jobs in other states or other countries. Someday I won’t be there to monitor the people they’ve become. Someday I will let them go, and when that day comes I will hope and trust that I have given them the tools and the knowledge to be good men, wherever they go. 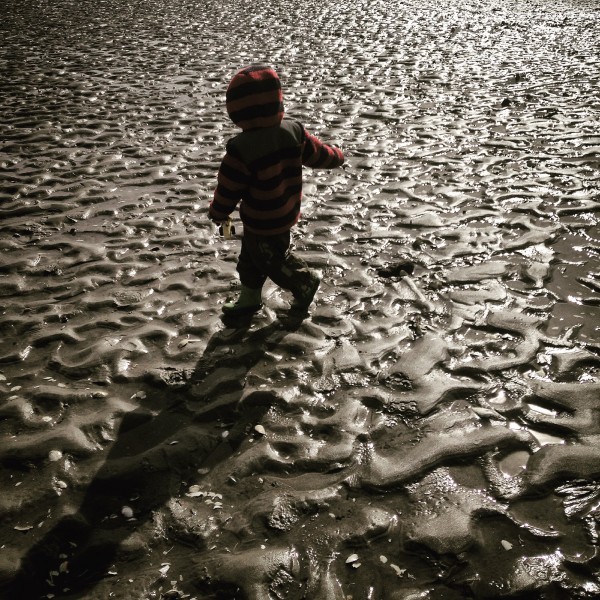 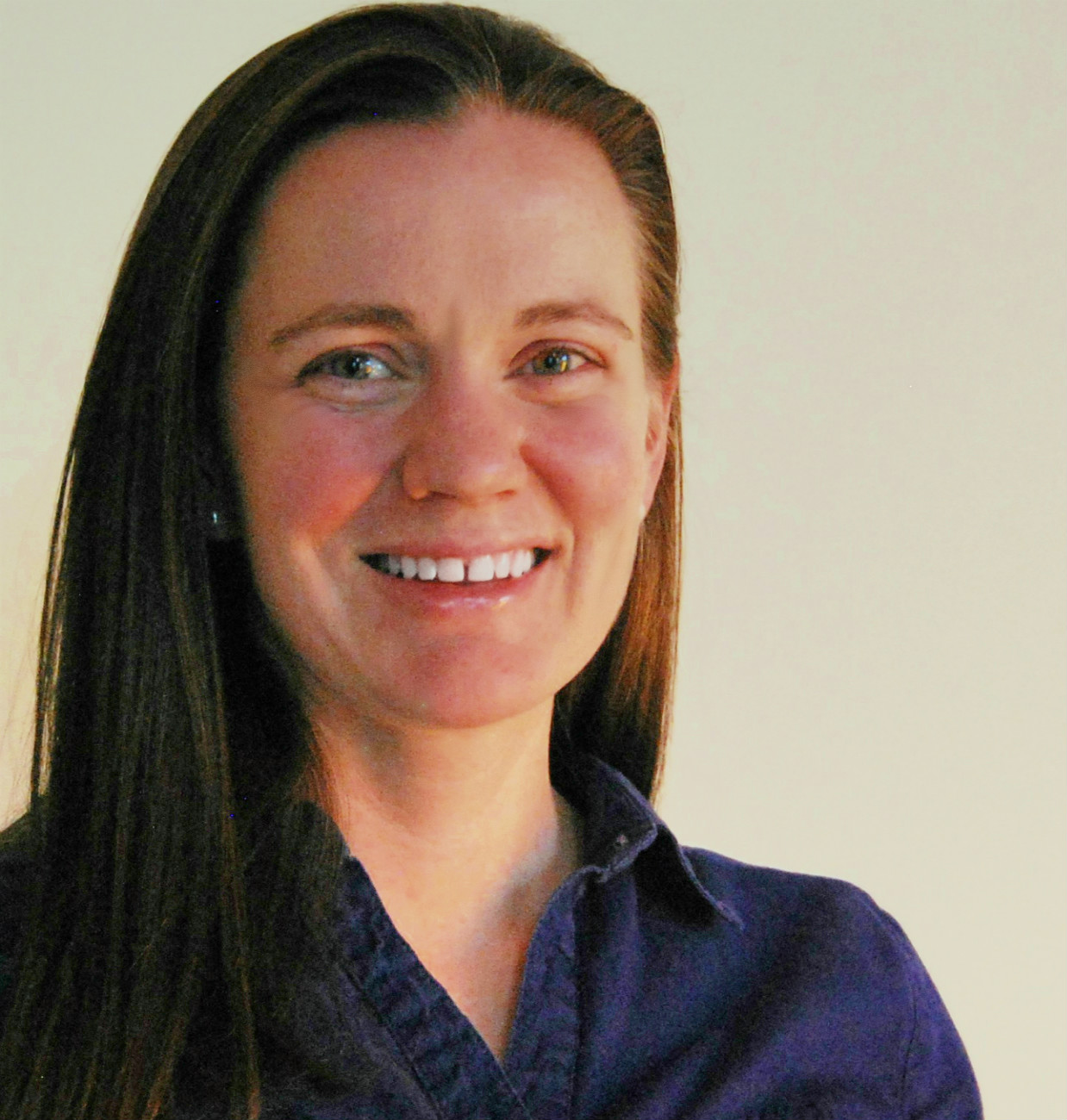 Kate is an adventurer, sailor, writer, and mom based in the Boston area. She holds a master's degree in education, captain's licenses in the US, the UK, and Australia, and a school of life degree in toddler wrangling.

Why I Will Never Make My Kids Sit on Santa's Lap
​How Do We Raise Kind, Compassionate Boys in a Donald Trump World?
On Raising A Kind Person, Not A Kind Man
advertisement

Why I Will Never Make My Kids Sit on Santa's Lap
​How Do We Raise Kind, Compassionate Boys in a Donald Trump World?
On Raising A Kind Person, Not A Kind Man