Raising Healthy Kids. One Canned Veggie at a Time.

Sometimes I get nervous that my kids aren't eating healthy. Sometimes I just don't care. I feel personally responsible for keeping Oscar Meyer in business. When I think about offering healthier options, I think of all of the people that would lose their jobs if I stopped buying hot dogs by the case. It's just too big a burden to bear.

Whenever I start to feel guilty, I think back to my own healthy childhood. And then I don't feel guilty anymore. Because I turned out just fine. And I had a side of second hand smoke with every meal. 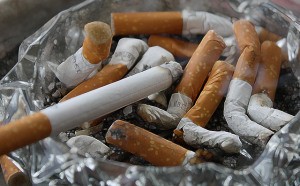 The only vegetables I remember having, came out of a can. When we were thirsty, we had an unlimited supply of Crystal Light. Made with all natural artificial sweeteners. And cheese was always individually wrapped.

"I brought you into this world, I'll take you out!"

My parents tried to shield us from cable as long as they possibly could. And when I say that, I mean, until we got it for free. I remember living in fear that the cable company would catch on. We always felt that we had to cram as much cable, as we possibly could, into our day because we never knew when it would be our last.

One night my dad came home from a retirement party with a brand new VCR. We were the only ones (at least it felt that way) that still didn't have one. He wouldn't let us open it because he was going to try to sell it. (how did people sell things back then?) Turns out everyone he knew had one, so we got to keep it. It was awesome. Now we could rent movies at the video store just like all of our friends.

Not my kids. Every possible show they could ever dream of watching is right there at their fingertips. Yet they watch the same exact one over and over. I look back and feel so sorry for my mom that she couldn't put our favorite show on at a moments notice to keep us quiet. No wonder she died so young. That had to be hell.

My kids also have no clue what commercials are. I remembering my oldest crying because his show "went off". It was the longest two minutes of my life. That was the last time we watched live TV in our house.

A few years ago we lost power for an entire day. In the middle of summer. We all had to sleep in the front room on our sticky-ass faux leather couches in our underpants. It was so freaking hot. My kids still talk about that night.

That was every night when we were kids. We had one window unit air conditioner in the back of the house. And my dad was under the impression that you could only run it three times a year and only at night. He would put it on for us if we complained enough, but would turn it off at five am. We'd wake up in a pool of sweat. I honestly don't know how we survived.

I still feel guilty every time I put my a/c on. I guess that's why I only turn mine on once a year. In June. And then turn it off again in September. Don't even get me started on the heat. My dad would be rolling over in his grave. If he wasn't cremated.

I love telling my kids stories of the "olden days". Which, to them, is anything prior to 2007. They ask, how old were you when you got an iphone? I respond, I was 35, you were there.

And it's a moot point bringing up the fact that we didn't have a computer or the internet as kids. They are incapable of comprehending such information. I just don't have the patience to explain it all.

I was thinking of getting my oldest a watch so that I can tell him to be home at a certain time. Then I thought it would just be easier to get him an iphone with GPS so that I never have to get off the couch. I'll always know his exact coordinates and can text him.

Mom: I'm going to make dinner. What do you want?

I always think, when we grew up, it was such a simpler time. But now I'm not so sure. Texting seems a lot simpler than putting down my glass of wine and standing on the back porch screaming my kids names.

Let's Cut the Crap, Dads Are Just As Capable As Moms
Parental guilt: Learning to forgive ourselves.
I'm a Great Mom Because My Husband Does The Mom Things
advertisement

Let's Cut the Crap, Dads Are Just As Capable As Moms
Parental guilt: Learning to forgive ourselves.
I'm a Great Mom Because My Husband Does The Mom Things