Some months ago, our assistant rector gave a beautiful sermon about radical hospitality. Although his sermon was more specifically concerned with the social upheaval of the summer and the church's duty to extend radical hospitality to those who had been disenfranchised or marginalized, I took his message on a very personal level instead.

Maybe it was because the sermon coincided with the first anniversary of my father's death and my heart was raw from the emotion of that service.

Maybe it was because I was struggling to make sense of a friend who no longer seemed to care about me.

Maybe it was because I just needed to hear it.

But in the weeks that followed, I started thinking about how this concept of radical hospitality fit in to my life. To be sure, it is far easier to practice radical hospitality in the abstract - to issue a blanket statement of welcome and support to a nameless group of strangers. To write a check or lend your time to an organization in defense of a lofty principle. The world is awfully good at that these days.

But I think where we are in desperate need of radical hospitality is in our every day lives. In the seemingly mundane interactions with our family, our friends, the strangers we pass on the sidewalk, and even our adversaries.

What if we approached a political or controversial debate with radical hospitality? Instead of shouting over each other, we could see nuances and admit to ourselves that there are more shades of gray than we often acknowledge. We would remember that respecting someone's opinion is not the same as agreeing with it.

What if we responded to our children's meltdowns with radical hospitality instead of frustration? We would be able to listen to what they were trying to tell us instead of how they were telling us. We might remember that their little brains are not hardwired to process and regulate emotions like adults can.

What if we practice radical hospitality with our friends? Instead of competing endlessly for things that don't matter, we could appreciate the differences among us, instead of letting them drive us apart.

What if we practice radical hospitality with ourselves? What if we enthusiastically gave ourselves the grace that we give freely to others? We could relish in the small joys and embrace the imperfection in our lives as a sign that we are living in each moment instead of rushing through them all to win some imaginary race.

What if reacted to hostility with empathy instead of contempt? What if we met anger with compassion instead of more anger? What if we countered exclusion with inclusion?

What if we just love hard even when it seems hard?

That's what radical hospitality is after all. Loving hard not when it is convenient or noteworthy but when it is complicated and messy and difficult. In the moments when everything in our hearts and our heads tell us not to. In the face of people who seem unworthy or unkind. They are the people who need it most.

It's not easy. It goes against everything in our "fight or flight" nature. It requires us to sacrifice our pride, our insecurities, and our arrogance on the altar of humility.

Because when you do - when you meet those everyday situations with radical hospitality - you stop the cycle of animosity and loneliness and unhappiness from perpetuating itself. Even if it's just for one tiny moment, you show the person standing in front of you that there is something bigger and brighter and more powerful than all the bad stuff in the world combined. 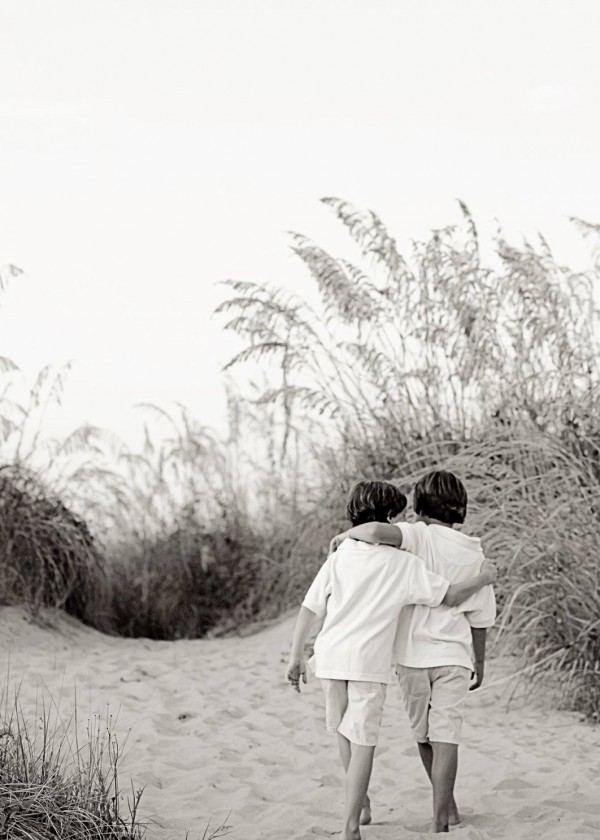 Reduce Anger in Your Household
It Starts With You.
6 Ways to Teach our Children Kindness (with a capital K)
advertisement

Reduce Anger in Your Household
It Starts With You.
6 Ways to Teach our Children Kindness (with a capital K)