Prevent Your Child From Drinking Underage

Although under aged drinking in the US is illegal, teens and young adults between the ages of 11 and 20 account for 11% of all alcohol consumed in the US. A 2015 survey showed that 33% of all high school student surveyed had consumed alcohol in the previous 30 days. While drinking laws may do little to actually curb teenaged drinking in the US, it doesn't mean that all teenagers will inevitably become alcoholics. In fact, while the number of teens that abuse alcohol may be significantly higher than the number of adults that do, that does not mean they will become chronic alcoholics or substance abusers. That does not mean, however, that there are not teens that are at higher risk than others for developing patterns of alcohol and substance abuse. Here are 5 critical factors that will place teens in a more precarious position to become chronic alcohol abusers.

1. Parents who engage in alcohol abuse

Children of alcoholics are at far greater risk for developing an alcohol or substance abuse problem of their own. Whether this is due to genetic factors or learned patterns of behavior is unclear, but those are not the only reasons for the children of alcoholics being at higher risk. In many cases, parents who struggle with alcohol or substance addiction are not really present in their children's lives and may even be unaware that they are passing their alcoholism on to their children. Even if they do become aware, their own struggles make it difficult to intervene in the life of their child and get them the help they need.

2. Absentee parents or a sense of isolation

Alcohol is one of many ways that people who are in pain learn to manage their pain. While physical pain may be dealt with initially through pharmaceuticals which can later develop into a substance abuse problem, physical pain is not the only kind of pain teens experience. In fact, they may not even be able to identify what they feel as being pain. All they know is that when they drink, they feel better. There are many causes of pain in the life of a youth and some of them are just a natural part of the growing process. However, teens and young people that do not feel that their parents are truly active and engaged in their lives or that they genuinely have friends among their peers may be at a higher risk of abuse.

While many teens may initially start drinking as a result of peer pressure that does not mean they will all develop into chronic alcoholics. In some cases, a teen may start drinking and continue drinking because it is what their circle of friends does. Sometimes, they will start a new school or move and develop a different circle of friends that does not encourage them to drink frequently. Sometimes, this may not happen until they go away to college. While teens are most definitely highly susceptible to peer pressure, peer pressure in and of itself is rarely the cause of a long-term or chronic alcohol or substance abuse problem. It can, however, definitely be a contributing factor in developing one.

As strange as it may seem, having a sense of purpose can actually go a long way towards preventing alcohol abuse in both teens and adults. Teens who actively compete in sports or have other ambitions that drive them can often escape the trap of addiction even when they have a number of other factors working against them, such as rampant addiction in their family. Conversely, a loss of purpose can also be a powerful contributing factor in developing an addiction, particularly if there are other factors at work that would ordinarily make them more susceptible to addiction. If a teen suffers an injury that does not cause them to lose their sense of purpose, they may take pain medication as a part of their recovery but never develop a dependence on it.

If a teen suffers an injury that they feel puts an end in some way to their hopes and dreams, they may be more susceptible to developing an addiction as a result. There is no real understanding as to why people develop addictions to one substance and not another, but a teen that finds their hopes and dreams shattered may not develop an addiction to pain medication, even if they are prescribed it for physical pain, but to alcohol instead. The root cause is still the same, but simply taking opioids will not always result in an opioid addiction, but the sense of loss may cause a teen to develop a different kind of addiction.

5. Lack of a strong support network

Even when teens feel that their own family is not actively engaged in their lives, they may still escape the trap of substance abuse or addiction if they feel supported elsewhere. Many teens and young adults more or less grow up in the houses of their best friends and these familial relationships may go a long way towards saving them even when their own families and homes are broken. Coaches, teachers, mentors or counselors who step in and take an active role in the life of a teen or young person can also help them feel the support they need to keep them out of the trap of addiction. There really is no specific rhyme or reason to what teens will eventually develop an addiction and there is generally no one singular cause. There are instead a laundry list of factors that can contribute and a laundry list of factors that can help steer them away. One thing that is for certain, however, is that the sooner any form of addiction issue is addressed, the more likely a teen will be to avoid the path to chronic substance abuse and addiction. Addiction is as much about habits and patterns as it is about a particular substance. The less time an individual has had to build deeply ingrained habits and patterns, the more likely they are to be set free of them. 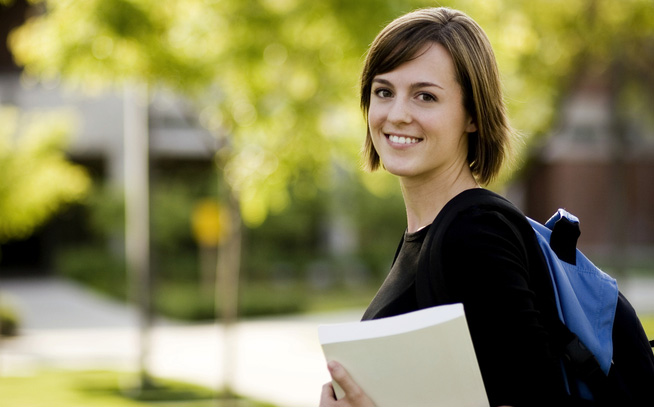 Parents’ Guide to Teen Substance Use and Abuse
3 Ways to Help Your Teen Defeat Peer Pressure
Mental Illness and Your Teen: 4 Scary but Necessary Questions
advertisement

Parents’ Guide to Teen Substance Use and Abuse
3 Ways to Help Your Teen Defeat Peer Pressure
Mental Illness and Your Teen: 4 Scary but Necessary Questions