Prenatal Anxiety Nearly Broke Me, but It Also Helped Me Find My Voice

Published by Kristen Gardiner on May 9, 2020

I thought my baby was going to die during my third pregnancy. I couldn’t bring myself to buy any baby clothes. Just walking through the baby aisles in Target and browsing the racks made me burst out into tears right there in the store.

“I don’t want to have to figure out what to do with these clothes after he dies. It will be too painful.”

That baby is now 4 years old. Was he ever in any true danger? No. But my brain thought he was. I had severe anxiety during pregnancy with intrusive thoughts unlike anything I had ever experienced before.

I had experienced depression during and after my previous two pregnancies so I was familiar with those symptoms and was already on an antidepressant. So when these thoughts starting plaguing me after the first trimester of my third pregnancy, I didn’t quite understand. I thought I was just getting more depressed. But nothing I knew how to do to take care of my symptoms was working. I was beyond exhausted. I felt terrible both mentally and physically. 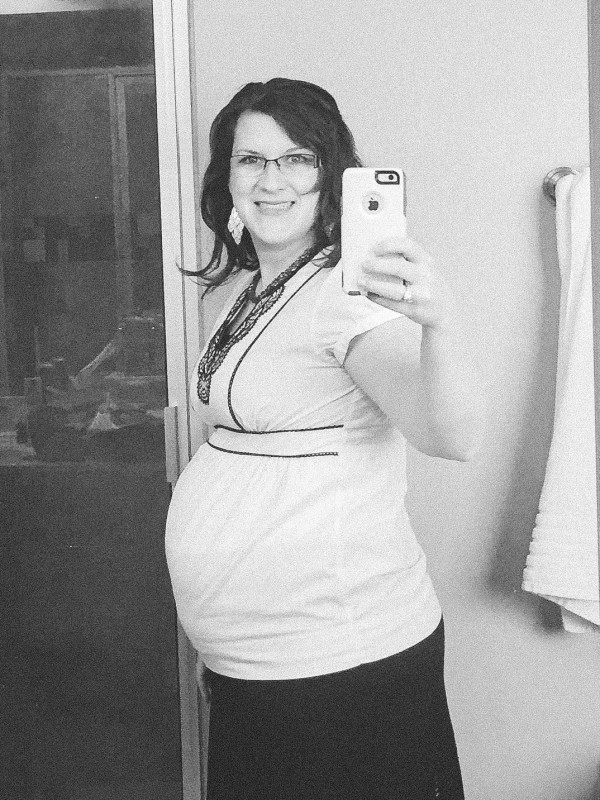 I tried to bring it up to my OB. He was a new (to me) doctor. I was in a new city and I didn’t know many people. But the ones I did know said he was the best. So when he didn’t seem too concerned when I brought up feeling worse than usual, I thought he knew what he was doing. He didn’t seem to think I needed anything else besides more exercise and vitamins. I brought it up a second time and he repeated the same advice.

The truth is he was very wrong. But it wasn’t all his fault. I didn’t know how to accurately describe my symptoms. I was scared. I only gave vague descriptions of what was going on because I was embarrassed and confused.

Things got worse. The thought that my baby wasn’t going to survive would continue to haunt me, and I couldn’t make it go away no matter what I tried. I grieve my baby before he was born based on thoughts that were not real. But they FELT real. They crushed me. The pain I felt was real. I dreaded what was “coming.”

I would call my husband at work and beg him to just tell me everything would be ok. I knew I was acting “crazy,” but I couldn’t help it. I was so broken, depressed, devastated, and anxious all the time.

I found myself going to bed at night wishing I wouldn’t wake up in the morning. Telling God that if someone had to die today, I’d volunteer. I didn’t have the strength to keep living this way.

I finally got the courage to tell my doctor again that something wasn’t right. I also reiterated some other symptoms I had been having such as extreme fatigue (which he said was normal) along with feeling very depressed. He started to brush me off again and while trembling and I said a little more firmly, “No, this is beyond what is normal. I’m telling you, I really don’t feel right.”

He finally listened. He prescribed me another antidepressant and did extra bloodwork. I ended up having low iron and a few other issues which had contributed to me feeling so terrible all the time. 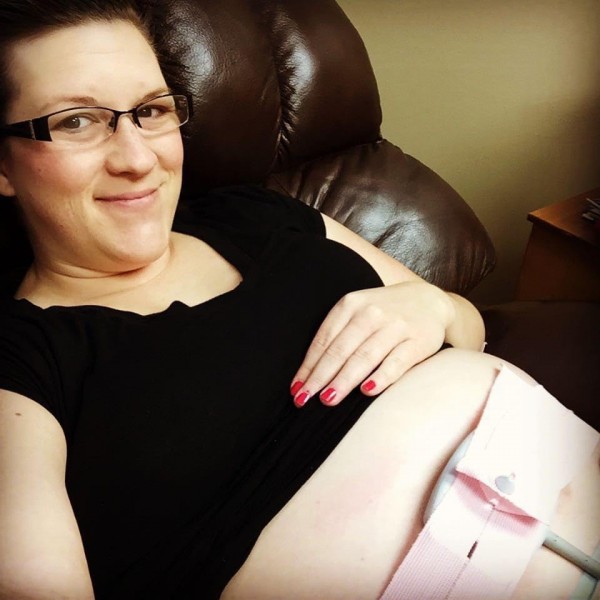 I knew that something was really wrong, but advocating for myself and learning to speak up more loudly was one of the hardest things I’ve ever done. I almost didn’t push the issue. I doubted myself. I don’t know if I’d be here today if I hadn’t insisted that I needed more help.

I began to feel better with my new medication but I can’t help but wonder how things could have been different if my doctor had stopped to listen more. If he asked me more questions. If he referred me to a specialist. If I spoke up louder in the beginning. If I had been more educated about anxiety disorders. If I had confided more in loved ones. If only...

My pregnancy could have been a lot different. There was a lot of damage done that took me a long time to recover from.

But I didn’t give up. I’m so grateful I’m here today and so is my healthy 4 year old and two older boys. I share my story so others don’t have to suffer as long as I did.

I still struggle with my mental health and I likely always will. But now I have the proper support, proper diagnosis, and proper medication. I know when I need to speak up. And that makes a world of difference.

There is HOPE. Things CAN get better. If you are struggling, please speak up. I know it feels impossible, but it’s the first step to getting your life back.

And you are not alone.

Kristen lives in the Dallas area with her husband and three boys, ages 9, 6, and 3. She has a Bachelor's degree in Marketing from Texas A&M and an M.B.A. from Texas A&M-Corpus Christi. She and her husband met while working at Whataburger in college. Kristen is a stay-at-home mom and writer. She is also a certified Child Passenger Safety Technician and volunteers to give hands-on car seat education to the community. She loves to write about motherhood, mental health, and about car seat safety.

What I wish I had known about my journey through postpartum depression
Motherhood Forced Me to Deal with My Anxiety
I didn't know I Was Pregnant, and I Think God Wanted it That Way
advertisement

What I wish I had known about my journey through postpartum depression
Motherhood Forced Me to Deal with My Anxiety
I didn't know I Was Pregnant, and I Think God Wanted it That Way