Praying to the Beat of Your Own Drummer

How My Son Skipped a School Party, and Schooled Me in Boundaries 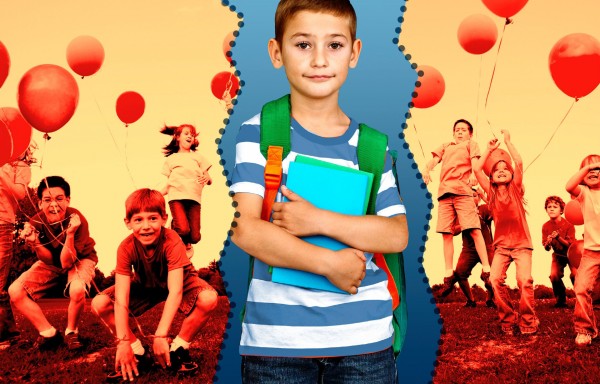 “He doesn’t want to go,” my husband said.

I was expecting a call about sweatpants. Should we challenge our headstrong six-year-old to change into dress pants for that afternoon’s celebratory siddur party, where he would receive his first Jewish prayer book? Or just let it slide?

“He wants to skip the party,” said Yonatan. “He’s got a face full of tears.”

In less than an hour, our youngest son was slated to march with 100 first-graders, two by two, under a canopy of off-white prayer shawls tied together onto a makeshift stage at his elementary school in Jerusalem. He would don a navy felt tie, sing some Hebrew songs, twirl through a few dances and then receive a cloth-covered siddur, embossed with gold. Afterwards there would be sticky lips and fingers from a cake decorated like a prayer book and the requisite bag of treats.

This was our third siddur party in four years; I knew the melodies and routines by heart. Still, I was just as giddy that afternoon as I was on the day of my first-born son’s siddur party three years earlier.

Because a siddur party is a coming-of-age experience, a rite of passage. It marks the end of one developmental stage, and the beginning of another. A child transitions from someone who is read to—to someone who can read. When he receives that Hebrew prayer book that has been handed down for generations, his first “adult” book, he joins a traditional chain of Jewish people who pray.

A siddur , from the Hebrew word for “order,” is a fixed text that contains the liturgy for daily, Sabbath and holiday prayers. Though there have been innovations, its basic format was worked out during the Gaonic period. I got a thrill thinking that some variation of the book Rav Amram Gaon had put together in Babylon about 1100 years ago would land in the hands of my little boy. A native Hebrew speaker, he could read and understand some of those very same prayers.

Still sparkling in my psyche were the fireworks that dazzled me when I had learned to read. The world, suddenly at my fingertips, accessible to my mind! A rush, akin to falling in love. Attaining Hebrew literacy and Jewish literacy added another layer of magic and purpose. All of the freshness percolating in the promise of reading joined together with the comfort I could glean from prayer: from the possibility of a direct conversation with the Creator.

Each one of us, an equal voice before God.

Even my husband, a university professor who was ordained years ago as an Orthodox rabbi and now felt more at home with Darwin, got misty-eyed thinking about our youngest child joining the siddur-owning ranks. He cancelled a work commitment so that he could attend.

For weeks Amit had rehearsed songs like “The Traveler’s Prayer” and “The Angel Who Redeemed Me.” I sent a hand-written dedication with quotes from psalms to be glued on the prayer book’s inside cover.

“I don’t think we should force him,” said Yonatan.

For a moment, I pictured Amit receiving his siddur. Applause. Lights flashing.

Exhilarating for me. And for most other kids.

But not for him.

For Amit, stressful and intimidating.

In this respect, my son was an enigma to me. I love the limelight. Today I’m a public speaker. But my husband was a shy boy who would have skipped chanting his bar-mitzvah Torah portion had he been given the chance.

I paused to think. Was Amit sagely passing on a showy party that wasn’t his style—or running away from a challenge he ought to work through? And if the latter was true, were we the enablers?

More than one kindergarten party had ended in tears. We had just assumed that he would outgrow his performance anxiety by elementary school. I never thought to explore the meaning behind his emotions.

It was clear that we needed to understand Amit’s reasoning and process, and support him to fight his fears. But my gut told me that we shouldn’t push him.

“Okay. So, no siddur party,” I told my husband.

My son just modeled something that had taken me decades to learn.

How to set boundaries.

How to say no.

How to do what feels right for you even when it goes against the forceful push of the crowd.

How often do we do what’s expected of us when our heart cries out for something else? My son knew intuitively what my therapist had labored to teach me: Saying yes to something you don’t want to do is saying no to yourself.

Instead, we stayed home. Just before the party, Amit’s lovely teacher slipped out of rehearsal to hand-deliver his siddur. While his classmates danced a few numbers and belted out Hebrew songs on stage, Amit played checkers with his older brothers and ate Ben and Jerry’s. The next day in school, nobody even asked about his absence. 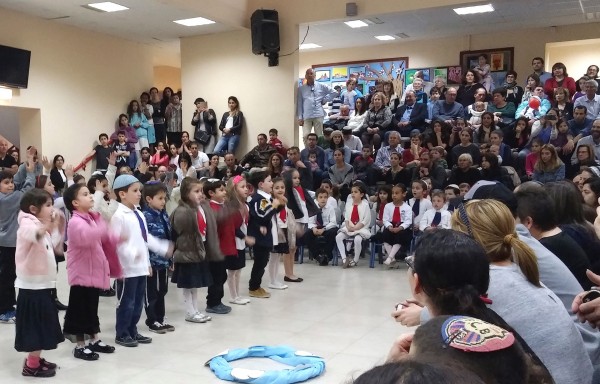 On Saturday, Amit and I walked to synagogue, holding hands, his pristine prayer book resting in a cloth bag between us. We headed right into the sanctuary. Amit plopped down in the seat next to me, lunging for his siddur. He opened it to a bookmarked page. His brown eyes shining, cheeks glowing pink, Amit recited the Shema, one of the best-known and most fundamental expressions of Jewish prayer:

“Hear O Israel, The Lord is our God, the Lord is One.” Following with his finger, he read more verses from Deuteronomy 6: 5-9.

Listening to my little boy daven , as they call it in Yiddish, I understood that a six-year-old can get excited about a siddur even without the party.

To find oneness before God, you don’t need a ceremonial gathering.

All you need is your own true self.

Ruth Ebenstein is an American-Israeli writer, historian, public speaker and health activist. She is writing a memoir entitled “Ibtisam and I: How Breast Cancer Fostered an Unexpected Friendship Across the Israeli-Palestinian Divide.” Follow her on Facebook at Laugh Through Breast Cancer and on Twitter . 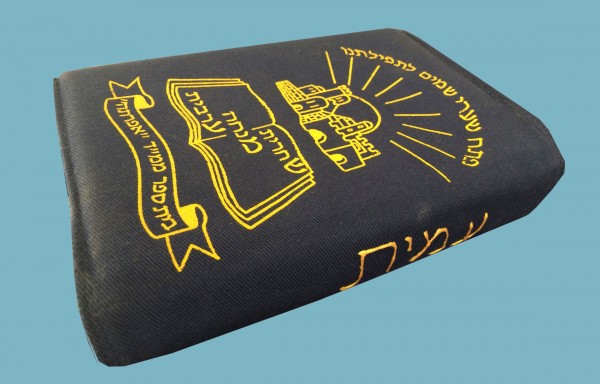 This article first appeared on the Forward.com/Sisterhood

A Jewish Christmas for the Kids
A Catholic Mom, Her Jewish Son and His Coming of Age
How do you teach kids to care about something? Here’s how one teacher does it.
advertisement

A Jewish Christmas for the Kids
A Catholic Mom, Her Jewish Son and His Coming of Age
How do you teach kids to care about something? Here’s how one teacher does it.