Published by Carrie Cariello on September 18, 2017

I have a son with autism, and constantly I fight for his place in your world, and your place in his world. Still, I cannot fight every fight. I have to pick my battles.

Over the summer there was some disagreement at our local high school regarding their policy for students walking during graduation.

This week, out of sheer curiosity, I called a woman at the high school and asked for all of the details. We spoke for nearly an hour, and right before we hung up, she said something that caught my attention.

“It really all started with a letter.”

It is autumn in New Hampshire. The air is changing, and we are surrounded by a landscape exploding with color—the brilliant orange and vivid yellow and deep, rich red of our season.

You are a freshman in college now, and I imagine you’re still trying to get used to the dorm rooms and the cafeteria, and figure out all of the reading lists.

You and I lived in the same town for years, yet we have never met.

My name is Carrie. I have five kids, and my second son has autism. His name is Jack. He’s thirteen. 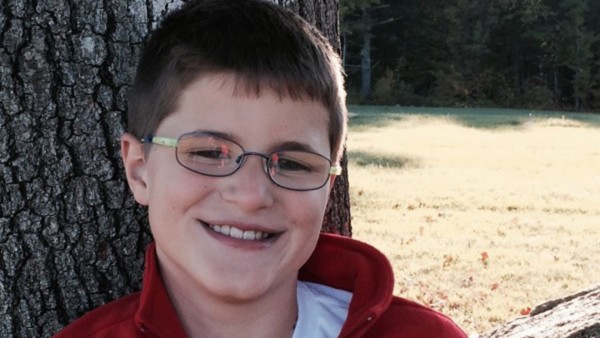 Photo caption: This is Jack.

Jack doesn’t go to the public school. He goes to a school about twenty minutes away. Every morning he climbs into a minivan and he sits in the back seat behind an aide that accompanies the driver, and he makes the trip to a building that looks like it’s part of an office park.

This school is very, very good for Jack. It is small, and it is quiet. It lets him be who he is—a lovely butterfly who still needs a caterpillar’s quiet cocoon. Yet still, he wants to come back. He wants to go to high school here and graduate the way you did and walk across the long stage to accept his diploma.

He thinks this is possible. Maybe it is. Maybe it isn’t. At this point, I honestly have no idea.

But then I read the minutes from the school board meetings and I realized it was real. I realized if Jack ever came back to our school, he would not walk across the stage with everyone else, because he would earn the 20-credit diploma.

This made me very, very sad. It also made me a little mad, but mostly sad.

I was sad to think that after all news coverage about disabilities and autism and inclusion, and all the time I’ve spent trying to explain Jack and his quirks and his brain and his fondness for Oreos, people still think of my son as less.

Elizabeth, I feel like I am building a house made out of glass. I have to look at all the angles and the sides, and decide where they fit together. And as I work, I constantly see my own reflection in the smooth, mirrored surfaces.

What do we want?

And even though this glass house is open and bright, once I walk inside and the heavy door swings shut behind me, it is dark. My footsteps echo in the silence, and I am alone.

It might surprise you to learn that I didn’t do anything about the graduation thing. I didn’t go to any of the meetings, I didn’t write to the administration. I felt it wasn’t my place to get involved, seeing as Jack doesn’t even go to public school.

But I watched from a distance, and I waited. I kept half an eye on the whole thing, the same way I watch television while I fold laundry. Then a few days ago, I came across your letter.

You know, the letter you wrote sitting in your light blue bedroom, two weeks before you graduated.

The letter you sent to the local newspaper.

The letter that changed everything.

This letter, well, it tells an important story about a boy and a girl who met in ninth grade and were very good friends.

They both took exams in the spring and bought school supplies in the fall and slid their trays along the metal rails in the cafeteria as white snowflakes dotted the frozen ground. At the end of senior year, they both earned a diploma.

The girl earned a 24-credit diploma. She graduated with the rest of her class in the huge field next to the school. She wore a red and white gown and she walked with her friends and high-fived other kids from the track team while the band played Pomp and Circumstance.

The boy earned a 20-credit diploma. He graduated with twelve other kids in a small ceremony. He wore a blue gown and the band was missing some kids because it was not the regular graduation and they couldn’t all fit on the stage anyway.

But with the glue of a stamp, Elizabeth, you took something that was complicated and you sliced it in half like a sharp knife cutting through a ripe grapefruit.

“Not allowing these students to walk with their peers belittles their accomplishments.”

This letter, well, it was like a flame held closely to a stick of dynamite. It lit a fire in our tiny town. People sat up, and took notice. All of a sudden, the school board meetings became crowded and tense.

“My friend, who chose to take the path of the 20-credit program, is no less accomplished than the rest of us.”

One father cried. He stood up in the crowd, and he wept for his son’s right to walk side by side with his peers.

“He worked just as hard, if not harder, to receive his diploma.”

I mean, I guess some days I would mind changing who he is just a little bit — like yesterday when he asked me about five hundred nine million times if we could get Pizza Hut for dinner because he saw a commercial for stuffed crust.

But for the most part, I’ve accepted it all; the medication for his anxiety and the obsessive behavior and the repetitive questions.

Sometimes, however, I can’t help but wish people in high places — people who make great big huge important decisions—had a son like Jack.

I wish they had to fill out mountains of paperwork for a billion different specialists and call the pharmacy every month for refills and add melatonin to their grocery list.

I wish they knew the heartache that comes with raising a child who will never stand at a podium and deliver a valedictorian speech—who will never take an honors class, or understand algebra, or drive a car.

I wish they, too, wearily met the orange sunrise after a long, sleepless night.

On Monday, August 14th, 2017, the school board announced their decision to let all graduates walk in the same ceremony, regardless of the credits they earned for their diploma.

I guess I just wanted to say thank you. Thank you for your courage, and your honesty, and the way you cut through the silence.

Thank you for being the girl who opened the window, and let in the light.

“The definition of success varies for each individual in the world.” 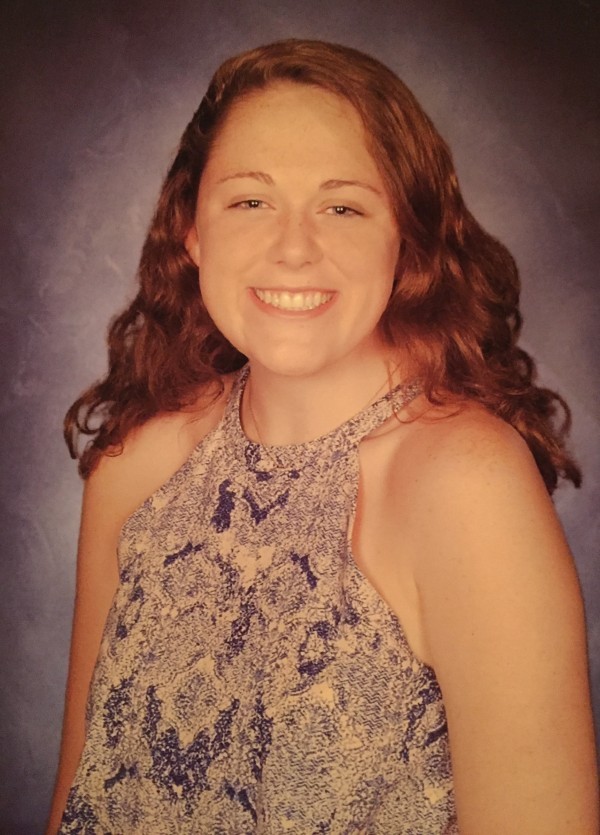 A Very Big Table for Autism
Different, and Equal
And Still, I Hope
advertisement

A Very Big Table for Autism
Different, and Equal
And Still, I Hope