Published by Natasha Brown on October 7, 2019 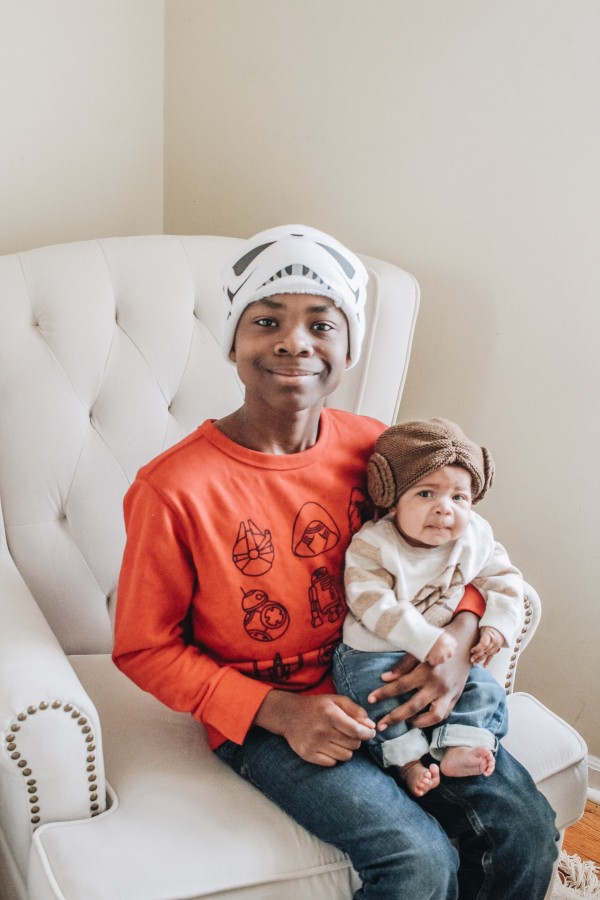 We can’t deny that there are people in the world whose sole mission is to make someone else’s life a living hell.

As horrible as it is, unfortunately, it is just a reality.

But when your child’s inept ability to interact with others in a healthy manner impedes on my child’s will to live (or even the ability to just attend school without being tortured), we have a problem.

It’s been nearly two years, but every single day I send my son (or any of my girls off to school), my heart is heavy. Hearing your child say he wants to die because other students are picking on him is not something that I ever imagined I would hear.

It started off a normal Saturday morning. My son had a sleepover with my nephew, while my niece and girls had a sleepover at my home. When I arrived to pick my son up, my sister pulled me off to the side and said that she wanted to talk to me.

No biggie, at least that’s what I thought.

She told me that my son Drew, had a complete meltdown the night before and said that he wanted to die (he even mentioned the method in which he would do it), because of how kids at school were treating him.

In just those few moments, it felt as if my entire world crumbled.

I took all of the appropriate actions, I notified the school, and we also saw a therapist, with the latter being the most important for me as an immediate need.

For months I refused to let my son sit in a room alone because I was terrified that he would kill himself.

He was 9 years old at the time.

I had to worry about my 9-year-old son killing himself because someone else’s child felt the need to make my son’s school life living hell, and decided it was their job to make my child miserable when all he wanted to do was go to school and learn.

This isn’t about me toughing my son up. In what world do we teach kids to fight instead of teaching the other child to you know…not be a jerk?

Why should I have to uproot my child from his school, disrupt our schedule because YOUR child once again does not know–or better yet, doesn’t give a damn that they are making someone else miserable?

Every 100 minutes a teen commits suicide. Every 2 hours and 11 minutes a person under the age of 25 dies by suicide–Stomp Out Bullying

If you are still upset that I called a child an asshole, ask yourself this: what about the families of Phillip Spruill Jr, McKenzie Adams, & Seven Bridges? Because those same children that you feel the need to defend took away the opportunity to live and for another family to enjoy their own child.

Have you ever held a mother who’s child just committed suicide in the 4th grade? I have. It’s not fun. It’s downright heartbreaking.

We are living in a world where ADULTS have the unmitigated gall to tease, chastise and complain that today’s kids are too soft, not realizing that kids have always had feelings and emotions. These same adults were so used to their feeling being dismissed that they have developed (better yet coped with it) by doing the same to their kids or others.

It’s an unhealthy cycle that continues and it’s one that will not get better until the parents of these bullies start stepping in and doing the right thing.

I know that there are parents who try, but at what point do we say you aren’t trying hard enough. At what point do we step in as adults and protect those who need it most. The kids like my son who are autistic or a little quirky. Or the young girl at my niece and nephew’s school whose mother committed suicide and instead of the kids around her being empathetic they tease her constantly about her mom being dead.

This isn’t about kids being soft.

This is about restoring a little empathy into this generation.

So if your child is one of these precious little humans who uses their school day to taunt others, please step in and do something. I shouldn’t have to worry about burying my son because yours will not leave him alone.

Have you ever dealt with bullies? How did you handle it? Follow me on social @NatashaBurnsBrown and let’s talk about it. Parents working together and holding schools accountable is the only way we can create a safer learning environment for all children.

Please Do Something About Your Child The Bully, Before I Have To Bury Mine
Why I Bully your Kid: An Inside Look at Bullies
How to raise bully-proof children
advertisement

Please Do Something About Your Child The Bully, Before I Have To Bury Mine
Why I Bully your Kid: An Inside Look at Bullies
How to raise bully-proof children