Published by Sarah Coggins on February 23, 2016

When my cousin's wife sent us a box of leftover party supplies a couple years ago, my son's 5th birthday party theme was immediately set and we started planning for a Pirate Birthday Party! 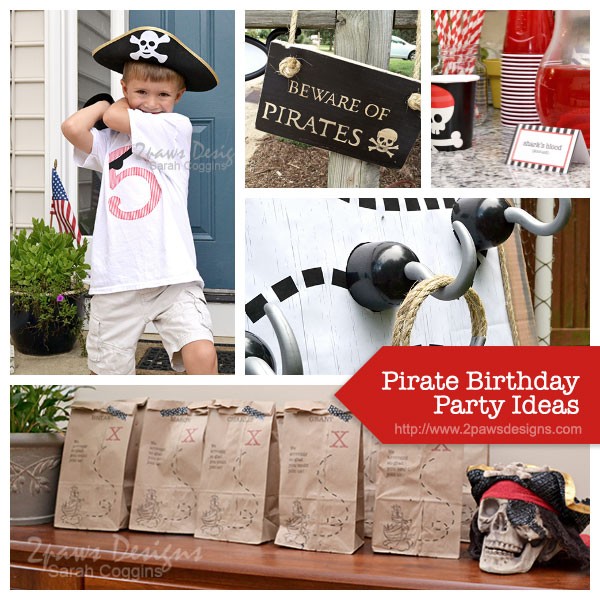 We started by sending off invites to our friends! I ordered invitations and create little "no presents" inserts to coordinate. (Our group of friends has 13 kids and all with enough "stuff" so we stick to gift free parties.) 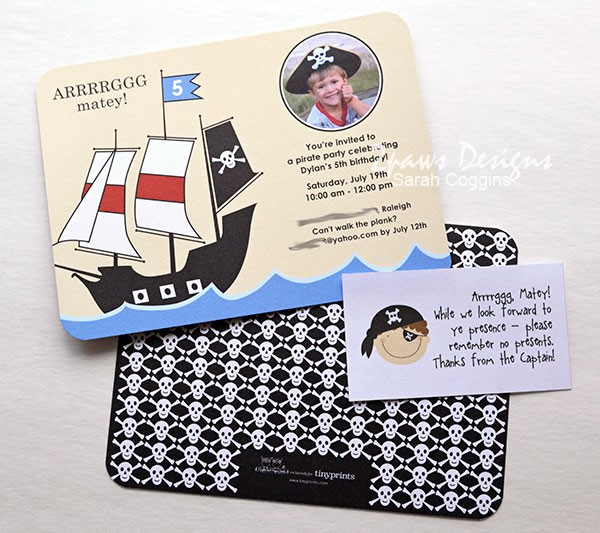 The easiest part was decorating. I started by digging through our Halloween boxes for anything pirate related such as skulls and eyepatches. I grabbed my son's Mickey Pirates of Caribbean mouse ears and dress up pirate hats. Then made a skull & cross bones flag from fabric remnants purchased at a local art thrift shop. 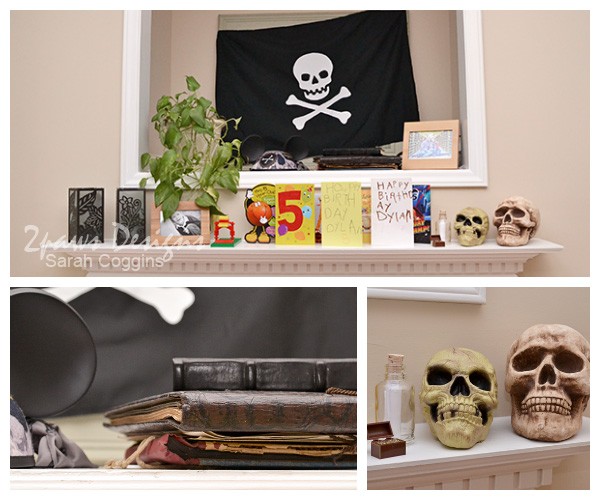 We got lucky and had amazing weather for July in North Carolina which meant the kids spent the majority of the party in our backyard playing a few fun "pirate" inspired activities: 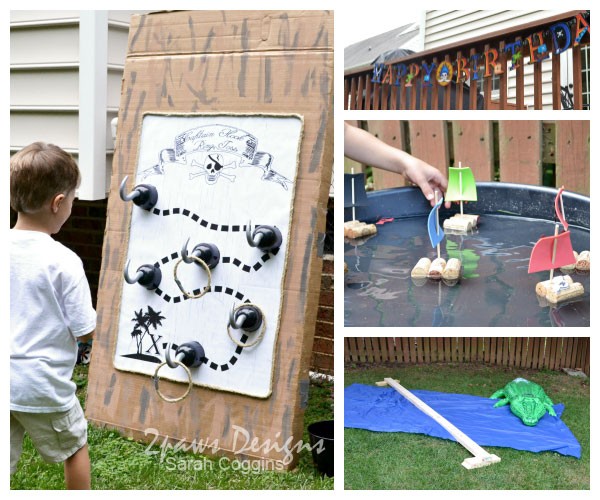 I made the food labels in Photoshop the night before. Literally a last minute, quick project. 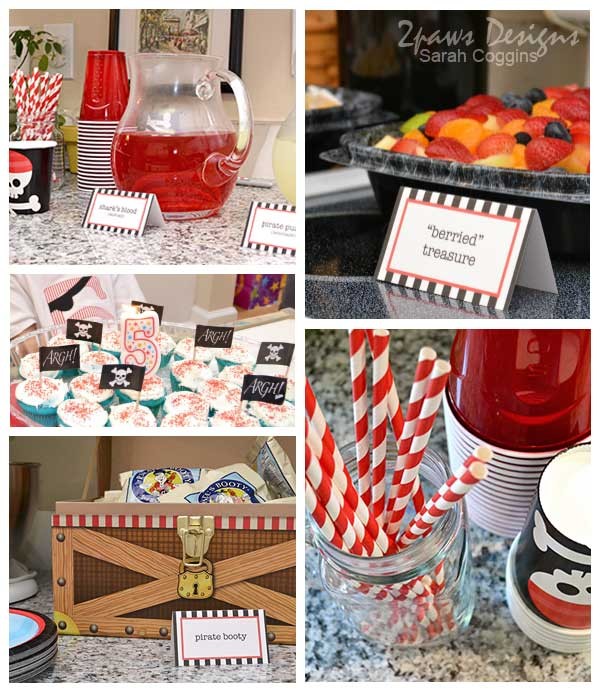 To keep things simple, we purchased almost all the food except for the rice krispy treats and cupcakes. The latter were mini sized (my personal favorite for kids - just big enough!) and, at my son's request, blue. I found a blue velvet cake mix so I didn't have to stress over getting the food coloring right. Then topped with simple white icing and red sprinkles along with a few pirate themed flags.

As the kids left, they each picked up a pirate themed goody bag. I stuck to my typical go-to here - a brown paper bag. I decorated each to look like a treasure map based on this idea found on Pinterest. To speed things up, I made mine in Photoshop and printed it onto each of the bags along with each child's name. Then sealed with washi tape. 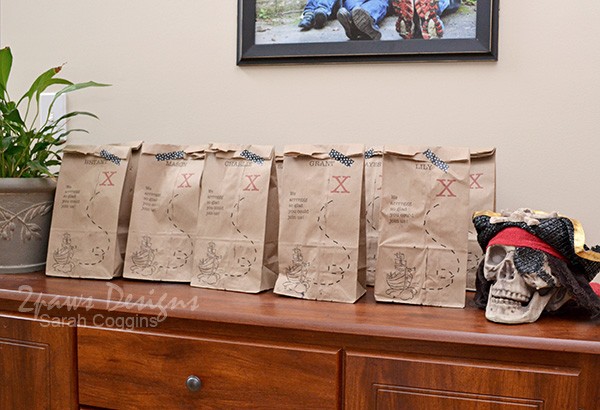 At the end of his party, he was excited and already dreaming up his next one. Superheroes he said. In reality, he ended up requesting a pirate party again! I guess this really was a hit. For fun though, we mixed it up and had a Lego Pirate Party the following year.

A version of this post originally ran in July 2014 on my personal blog, 2paws Designs. 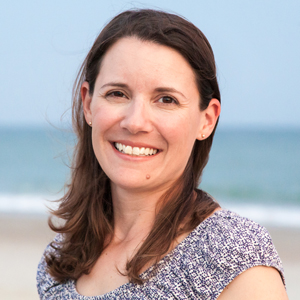