Perinatal and Postpartum Anxiety: The secret companion of pregnancy and the postpartum period after loss.

Published by Lindsey Henke on February 16, 2021 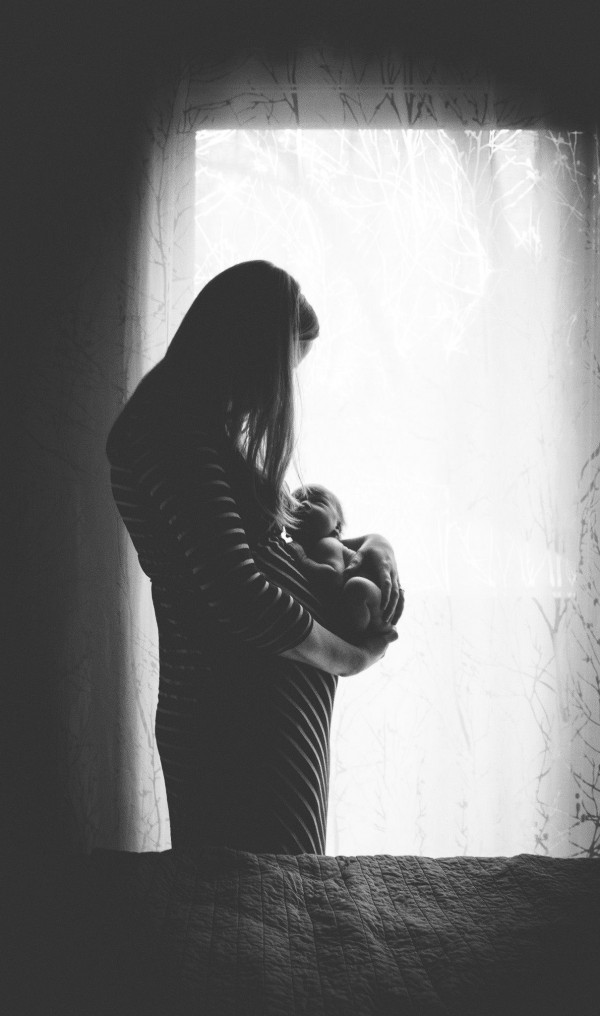 Birth trauma, you could call it that. My first daughter was stillborn at full term in December of 2012. I went into labor and delivery that night expecting to soon meet my little girl, only to be told by the doctor while sitting in front of a still and silent ultrasound that there was “No heartbeat”.


Crushed, heartbroken, devastated, and numb, I fought for my life when I delivered her because the infection that killed her could have taken my life too. I think it’s safe to say that birth trauma is what happened during the silent entrance of my daughter’s body into the world.

Seven months later I was pregnant again, terrified beyond what doctors and therapists would think was just normal grief. As my belly grew with my daughter inside, both of us getting closer and closer to her due date, I would panic almost daily. At night I would wake up in sweats as nightmares of not being able to feel her move would haunt me. Then I would spend an hour at three in the morning making sure she would move, making sure she was alive, because there were days when my anxiety convinced me that she had died too. I would mentally prepare myself to go to yet another ultrasound appointment and once again hear those dreaded words, “I’m sorry. There is no heartbeat.”

While pregnant after the death of my first daughter, it was almost impossible to get through my job every day. I was always worried that she might have stopped moving or that she died while I was engrossed in a work task. The fear engulfed me. I frequently needed to step out of multiple meetings to splash water on my face and poke at my baby to count her kicks and make sure she was still there, still moving, still alive. I also took extra “sick” days just to manage my anxiety, to try to relax at home and take it easy, which proved challenging.


Then on the days that I would make it through work, I would come home in the evening and break down into tears of fear as I lay sobbing on my bed. My husband held me as I cried, crying with me, and I would scream between my wails, “I can’t do this! I can’t do this anymore!”

Being pregnant again after a loss is like living inside your trauma, which, unfortunately, is your own body that you cannot escape from for nine months. It’s torture, trying not to let your fears and anxiety control you. However, now you know; you know all that can go wrong. You know you are not guaranteed this baby, just like you weren’t guaranteed the one who died.


Some might think that once the baby arrives safely and healthy relief would settle in, and the anxiety and worry would disappear. However, this did not happen for me. The anxiety increased daily until a few months after my living baby was born.


In the hospital, two days after she was born, I had a mental breakdown. I was obsessed with my health, afraid that if I breastfed her I would somehow give her a new infection, and that my body would cause her to die too. Irrational fears like this one flooded me and only proceeded to get worse when I went home. Yes, I was relieved and happy that my daughter was here, that I finally got to bring home a baby after 18 months of being pregnant. But, the irrational thoughts kept creeping in. I would stay up late at night, unable to fall asleep because I was convinced the world was going to end due to the eruption of the super-volcano in Yellowstone. I would seek reassurance from all my family members around this issue, and most of them looked at me like I was crazy.
In the days and weeks after my irrational thoughts had taken over, I visited the doctor and talked to my therapist about my postpartum anxiety. I learned that I was at a higher risk for postpartum mood and anxiety disorders because of the birth trauma from my first daughter’s stillbirth.


Slowly, over time with the help of my doctor and therapist, I learned that breastfeeding my baby would not kill her, as I thought it would. When done with breastfeeding, we discussed medication to address the anxiety, which ultimately was the right choice of treatment for me, along with continuing talk therapy that utilized dialectical behavioral therapy (DBT) and cognitive behavioral therapy (CBT) techniques.


When I wrote this my daughter was then 11 months old. Each day that passed I seemed to have less and less anxiety. Now that she is almost seven I still go to therapy, and I’m still taking medications. Thanks to these treatments, I get to enjoy more moments with my daughter and son. Even though anxiety continues to be my companion, I now have tools to keep her at bay.

As a pregnancy-after-loss mom, here are 10 things I felt guilty about
Mommy of Identical Twins
Mommy, When Will I Have a Sister?
advertisement

As a pregnancy-after-loss mom, here are 10 things I felt guilty about
Mommy of Identical Twins
Mommy, When Will I Have a Sister?