Peace Table: Give your children the tools they need to become peaceful citizens of the world. 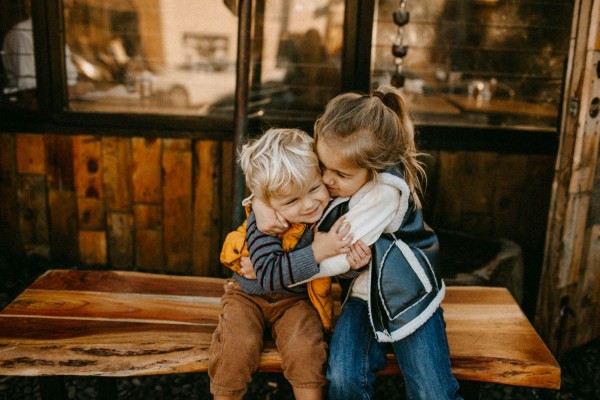 Many adults have strong feelings about the election season we find ourselves in. If you live in America, you have to be living under a rock if you don’t know there is an election this week, and that there are heated opinions on both sides of the fence and aisle.

The purpose of this column is not to stir up political opinions, divisiveness, or endorse a candidate. The purpose is to remember that, no matter where we fall on the political spectrum, our kids are watching and listening to how we handle the current climate.

The calmer we adults can stay in discussing the election, even in impassioned dissent, the more the children will be able to learn about the process and messiness of democracy.

In many ways, a classroom is a microcosm of the society we live in. In my kids’ Montessori preschool, when there was a conflict or disagreement between the children, it often led to yelling. It sometimes led to hitting. I learned from that school (as I learned many things) that even children as young as 2 can be taught words that help them manage a disagreement and keep things positive.

There was a “peace table” which in my memory had a white tablecloth and a vase of flowers on it. The teachers would step in to separate two children who were in an argument, but the teacher’s goal was to have the kids find a solution on their own.

The teachers used phrases like “you’re not acting safe” and “what happened?” as they led the kids to the peace table. They would not force an apology but would rather have the children say, at whatever verbal ability they could: “What happened?” “How are you feeling?” “How do you think your friend feels?”

After these questions were answered, then came what I think is the most important question of all, from one hurt child to another: “How can I make you feel better?”

It may be that we need a peace table for adults in the coming weeks. No doubt there will be people who are disappointed, whichever way the election leads us. The disagreements will lead, just like in the preschool classroom, to yelling and hitting.

But when I discuss the election around my kids, I need to be careful to say how I personally am feeling about it, not how everyone else should feel, and not in comments that are degrading to others.

I don’t remember knowing much of anything about politics growing up. I was blissfully unaware in the 80’s. I don’t remember any distress surrounding social unrest. But the children and youth of 2020 are having to process big, grown-up emotions about things they hear.

However the results go, that’s how they go. And that’s how it is in life, kids. As messy as it is, we live in a democracy, and everyone gets a vote. We live in a country founded on protection of freedoms of speech, religion, protest, petition, and the press.

Everyone’s voice deserves to be heard, even those that are saying the complete opposite of what I say. Everyone’s feelings deserve to be validated. We should teach our kids how to stand up for what they believe in, and how to have their voices heard.

When it gets ugly, I can unfollow the people on social media who are engaging in rhetoric I don’t want to hear. I can stand up to hate speech and take up for those who are less fortunate than I. I can walk away from a conversation I don’t and will never agree with.

Democracy is messy. Raising kids is messy. And family life is messy. But giving the kids the starting point of a peace table is a good first step. Because, for better or for worse, the kids who are listening to us today will become the leaders and citizens of tomorrow.