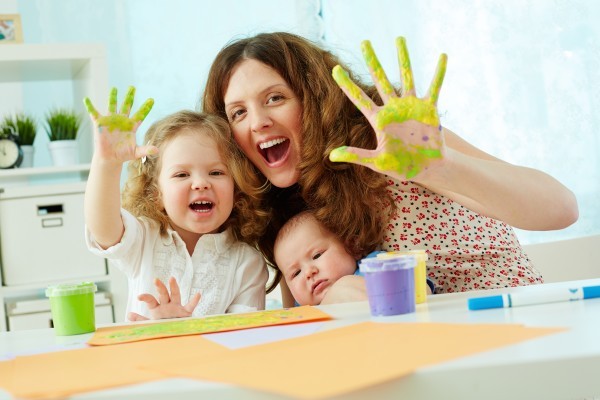 Parents are sometimes the best role models one can have, and be the pillars of strength they need, and help overcome obstacles, admits one high school student in India. It’s true that the proper support and restrictions during childhood have a great effect on the adult life of your child.

In fact, children do better if they are given the right support and guidance in their initial years. And since there isn’t one ‘right approach’ here, since the situations can be different, parents have to learn about the different parenting tricks to ensure that they offer their child the support they need to grow up to be wonderful human beings.

Anna Manzoni, who is the associate professor of sociology at North Carolina State University, stated just how important parental support can be. She looked at the data of as many as 7,452 adults in the U.S. who were aged between 18 to 28, and came to the conclusion that parents who helped their children financially when they were growing up were a lot more successful in their occupational status than those who did not. This did bring into perspective just how the average education and income of a person in a given occupation can matter and why it is important for college students to get the right support from their parents.

Manzoni noted that parents who didn’t support their children directly, especially when they were in college, were in the lower range of the occupational status generally and found it more difficult when it comes to climbing up the ladder of success.

The Top Stories to Cheer You Up

In a society driven by unending wants, parenting has become a tough nut to crack. If you are a parent and want to feel good about what you do, we are sure this is what you want to read.

We chose some real stories backed by science to show how your support can help your child succeed.

Every teenager you see is walking like a zombie staring at the screen of their smartphones with earphones plugged in. But you know what?

Risks of developing depression increase by 27% when a teenager uses social media frequently. Kids who have access to mobiles for three to four hours a day are more likely to be suicidal. The use of mobile devices hinders proper development of the brain and skills such as attention, focus, social capabilities and vocabulary.

We don’t need to tell you how important it is to cut screen time for your kid. And if you didn’t know that is the same approach Bill Gates and Steve Jobs both took for their children. Gates didn’t let his kids use mobiles till they turned 14.

Jobs, on the other hand, didn’t allow his kids to use his own company product- the iPad!

2. Eat Together as a Family

Dinner is the only time the whole family gets to sit together and eat. It’s one of the most important aspects of successful kids and helps them in every possible manner.

Children who eat with their parents together for at least 5 times a week are more likely to perform better at school, have improved vocabulary and self-esteem. They are also less likely to indulge in substance abuse, have fewer chances of teen pregnancy, depression and obesity, according to a NGO under Harvard University.

The tradition of eating together has been kept alive by some of the most successful families in the world. According to Michelle Obama, the former First Lady of USA, eating together is one of the most important things to the Obama family and they always make it a point to eat dinner together.

No matter how busy your schedule is, make it a point to eat dinner together as a family.

3. Let them do Chores

Don’t let your children be lazy buffs! Make them work and do the odd chores around the house.

The author of How to Raise an Adult, Julie Lythcott-Haims, in one of her TED talks in 2015 advised parents to make their children do work they can tackle. She herself had to work around the house and doesn’t regret a bit of it! Do you know why?

According to a Harvard Grant Study conducted over a period of 75 years, kids who do chores and odd jobs enjoy highest professional success in their life.

4. Keep Trace about the Whereabouts of Your Child

Modern technology has increased the difficulty of parenting while making it easier on other grounds! If you have a kid then you know how worried you are about your child when he is out in streets alone.

Children should be encouraged to go out alone to become confident and self reliant, and for teenagers it’s a daily part of their routine. Thanks to the smart family GPS tracking devices, you can track the current location of your child and have it on an interactive map like GPS- it could literally save the life of your child.

That’s what happened with Aiden from Utah who underwent a kidnapping attempt. The 9 year old could hide from his kidnappers and use the GPS tracking device to contact his parents. 17 year old Hanzel Nunez and 11 year old Brett, both patients of autism could be found on time after they got lost only because of their tracking devices. As your child grows and learns, you as a parent also need to do the same to make your kids successful. It could be anything from saving up some money for your child each month, to be able to afford his college education when he grows up to ensuring that you offer him the right moral support he needs so that he always has someone to bank upon. Parenting is challenging – yes –but it can be a whole lot more exciting too!

Aigerim Berzinya is the marketing director at Turtler GPS LTD and as the company's globetrotting backpacker uses the app while hiking abroad or in the mountains to stay connected and safe.

How Much Should I Protect My Child?
How Can GPS Tracking Affect the Trust Between a Parent and Child?
Time to Leave the Nest: How to Supervise Your Child on Their Travels Abroad
advertisement

How Much Should I Protect My Child?
How Can GPS Tracking Affect the Trust Between a Parent and Child?
Time to Leave the Nest: How to Supervise Your Child on Their Travels Abroad