Parents, It's Our Job To Make Room For Our Kids To Seek REAL Adventure Away from the Screens 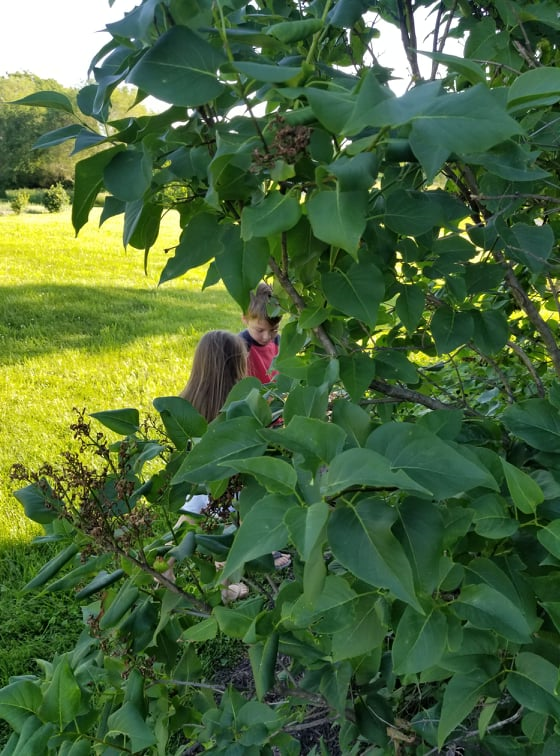 A few months ago, I told my kids they were no longer allowed to get on their tablets before school. The reason? They started getting up earlier and earlier just to play them.

I know that may not seem like a bad thing right off the top, but it bothered me. It bothered me they were getting up at six o'clock just to play their tablets. I know we've all read about the science behind these tablets and games and the effects they have on the brain, but I didn't need to read it because I've been witnessing it first hand.

If a tablet can make a kid get up at six o'clock in the morning, it's a pretty powerful thing! And I don't want this thing to control them. I don't want it to be the first thing they think about when they open their eyes in the morning. I've watched how all their other interests have taken a back seat (or should I say a couch because that's where it keeps them locked in at) to their electronics, and I'm not okay with it. Yes, the sight of two quiet children sitting on the couch is easy to love. I'm not going to lie, it's kind of nice!

BUT...when I think about what I want to give my kids, it's what I had growing up. ADVENTURE. Every day was a new day for a new adventure. Freedom to explore, create, and play. And yes, they can explore, create, and play on Minecraft, but if that's all the adventuring they've done, then they're missing out on REAL adventure. And that's not okay with me. If the only cookies they've made are the one's on some computer screen, then they won't know the joy of making mud cookies in their backyard and leaving them out to dry in the sun. If the only running around they've done is through some character on a game, then they're missing out on grass-stained knees and a cool breeze in their hair. The sun on their face and sweat on their brow.

The first few weeks of this new rule, they slept in. At first I thought, what were you thinking? They were getting up and dressed all on their own and now you're back to waking them up. Without the lure of the tablet, they weren't as motivated to get up that's for sure.

But after a few weeks, they started getting up on their own again. And here's the cool thing - they've found other things to be motivated about. For the last three weeks, my son has been getting up and bug catching. He runs outside and catches new bugs every morning. Then, he looks them up on the computer. This morning, they were both out there catching them and then they started playing a card game of War.

Instead of being held captive on the couch by their tablets, their mornings have been recaptured. All of this to say, PARENTS, it's not only okay, but our job, to make room for our kids to seek adventure...real freedom away from the screens. If we don't do it, they surely won't.