Published by Damian Rodriguez on February 5, 2018 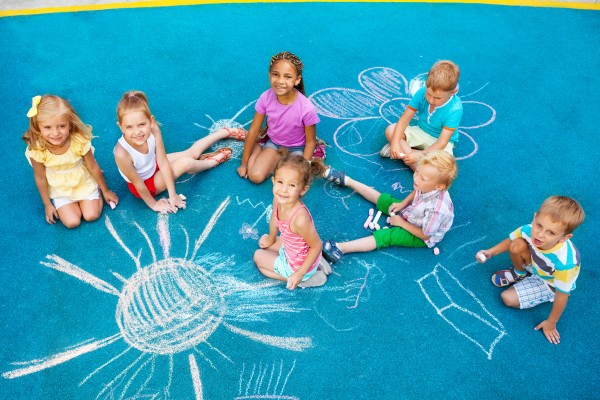 I’ve been on a personal “mindset” quest for the last several months: reading, writing, talking to others, and just pondering about how simply changing the lens through which I view the world can improve my life. In this journey to become a better employee, spouse, parent, and overall person, one of the paradigms that I have been investigating is the “outward mindset.” This concept involves an individual thinking outwardly in an effort to do what is best long-term for the entire group as opposed to what is best for themselves in that exact moment. It focuses on building relationships to proactively minimize issues as opposed to immediately trying to correct issues as they come. In one word: empowering. But earlier this week, as I saw out of the corner of my eye a six-year-old neighbor repeatedly punch my two-year-old son in the face, my in-the-works outward mindset got its first real challenge.

To set the stage, these neighbors are among our closest family friends. Similar age, similar interests, similar values, and right across the street. Our children are in a seriously bad mood when weather or other life complications do not permit them to spend the afternoon riding their bikes and digging in the neighborhood “dirt pit” with the offspring of said neighbors, and that is exactly how we like it as well. Our neighbor is usually outnumbered 4-to-1 while her husband is at work and we are all at play, so we as a conglomerate inevitably spend half the time making sure that the half dozen neighborhood menaces aren’t playing chicken with passing cars in the middle of the street, and dinnertime is usually reached with minimal bloodshed. We like our neighbors, their very existence makes our world a better place; any sort of conflict would be a serious downer to our current, providentially high quality of life.

As I have come to find out as a parent very much learning on the job, nothing spawns instantaneous irrational behavior like seeing one of your brood in a situation of perceived danger. Turning my head to see my boy being punched by a much larger child, you can probably imagine how quickly and severely my Chuck Norris synapses became activated.

Outward. Think outward. Get outside your box.

One of the foundations of an outward mindset is avoiding collusion. I’m not talking about some nefarious political leaders making deals behind a veil to deceive the rest of the world, but a much more internal, often solo, process, which usually results in the escalation and multiplication of small problems. Collusion actually happens within your own mind, when you look inward and focus solely on how the issue acutely affects you. But collusion could also include conscripting supporters to back you in the conflict. You want a really effective way to turn a small problem in to a big one? Look inward and get others involved.

In developing an outward mindset, the influence pyramid has been the most powerful concept for me. As a human, and especially as a male, my initial reaction is to address and correct the problem at hand, to fix problems one-by-one, as they come. This is logically how things are done, and precisely how to maximize problems and decrease productivity within any entity. Overall group health and productivity begins with relationships. Ultimately, one’s ability to solve problems and curtail them from happening in the first place begins with the foundation: one’s own mindset and relationship with the others involved. Likewise, the solution to a problem at one level is always found by going down another pyramid level.

In real time, the “for mature audiences only” reaction, which was the first thing that popped into my head, stayed there. First, avoid collusion. Don’t recruit allies from my wife or either one of the other three neighbors out watching their own kids in the afternoon playtime chaos. Next, work down the influence pyramid. One step down: teach and communicate. I turned to our neighbor, who was preoccupied with the care of her other infant son, and communicated to her what had just happened. Without a moment of hesitation, she addressed the situation. No need to work further down the pyramid. Problem solved, relationship maintained—in all reality, strengthened— instantaneously and with no need for any further action by myself. And of course, the resiliency of children never ceases to amaze me. Within a matter of moments, the Rugrats were back to drawing chalk monsters side-by side in our driveway as if nothing had happened. In the words of my kindergartner: “Easy peezy, lemon squeezy.”

Life is an endless series of challenges, providing us with the opportunity to progress with each passing test. Parenting just throws a few small complications into the batter. Before you go making molehills into mountains, turning a toddler punch into a modern-day version of the Hatfields and McCoys, take a few moments to watch how those children react and ponder how much your actions influence their development. You are not just a parent, you are a model for their future behavior. Short memories build long-term relationships. Mature responses minimize the peripheral damage of those small daily challenges. Be the outward parent and raise outward thinking children.