As a military spouse: what I've learned in the 22 moves in 22 years

Published by Renee Nickell on November 16, 2019

I lay there staring in wonder, as my sweet four-year old’s hands were tucked perfectly under her face, looking angelic in slumber. She manages to squeeze her tiny 35-pound body between my husband and I each night, especially since her room is all kinds of disaster, preparing for this next move. This will be her 6th residence in her 4 years of life-mainly because we had to make so many accommodations due to Hurricane Florence. We moved directly in its path two weeks prior to her devastating destruction.

I spot a single piece of glitter on Maggie’s upper lip from her new reindeer outfit I bought the day prior. The outfit she had to show her best friend Zoe at the previous night's playdate. I just stared at her with heartache, knowing she'd have to move away from Zoe in just a few days. 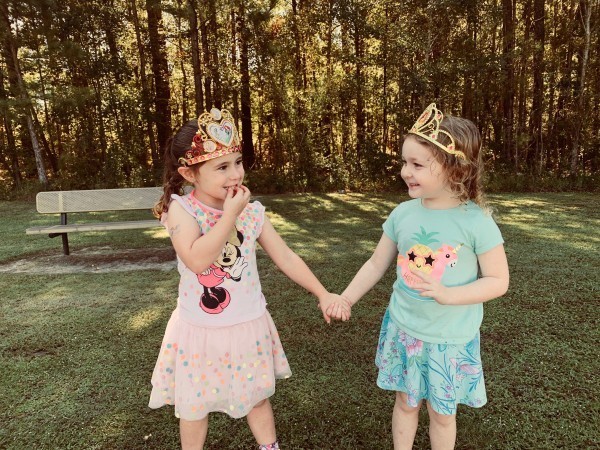 I knew today would be filled with packing and on-the-go latte’s and another special playdate with Zoe, who lives next door. Zoe owns a trampoline and many days, I can find my Maggie climbing the fence to bop her little head over to ask Zoe to play.

This is one of the many things I love about living amongst military communities. Instant friendships.

It's time to move again and again and again. If I included all the times we’ve moved since my husband and I started dating, I shockingly counted 22 times. If I added in the amount of times I’ve moved being the product of divorced parents who shared custody and moved a lot themselves, add another six moves to that. Then there is the period between the ages of 18 and 21 and lots of bad decisions, I can add five more. 31 moves in my lifetime. Depending on who you ask, they may either think that’s sad or exciting.

Having the same best friends your entire life…not me. If you tell me you grew up in a town where everyone remembers you, knows who your folks are, attended your kindergarten graduation and your high school graduation...I may look at you with a strange expression.

When I actually meet someone, who is thirty years old and has never left their state, nor their hometown (except for that trip to Disney world twenty years ago)…well...I AM SHOCKED! That just sounds like to most boring life I’ve ever heard of…other times- absolutely glorious!

I read and hear the stories of best friends who have shared animal crackers in pre-school, crushed on the same boy in middle school, and were roommates in college. They were maid of honor in each other’s weddings and their kids are best friends too. Part of me is a little jealous.

Being an introvert with a little bit of social anxiety…well, I have to force myself to make new friends everywhere we move and I can’t be entirely selfish…I mean, the husbands must share the same slightly inappropriate sense of humor and I have to be sure their kids are a good fit for my kids too.

Then there is the church hunt. Finding the right fit for the entire family (can I please just learn to sneak in after the “give your neighbor a greeting” part of every service). I know that is how you meet people, but I would rather walk barefoot on hot coals than stand up and greet everyone around me. It's not that I don't love people, I just hate the initial meeting. Can I get an ‘Amen’ from all my introverted peeps?

Life as a military spouse certainly hasn’t been easy, but it sure has been exciting. Regardless of how much I hate the initial ‘grin and shakes’, I have made so many friends, some I consider more like family, and it has forced me to become comfortable with being uncomfortable. It has stretched me beyond my feelings and has helped me to make some pretty incredible connections I would not have made if I hadn’t stepped out of my “I’m new here” comfort zone.

From bringing home a newborn in a tiny one bedroom apartment in North Carolina at 20 years old to becoming an Air Force wife- living in the ghetto outside base in a small Texas town, going to sleep to the sound of either gunshots or the newlyweds below us who could out-pace mating rabbits and apparently didn’t know floors were as thin as the walls. Other neighbors, also poor military families, were barely out of high school with toddlers that waddled in diapers that hung past their knees and matched the child’s weight.

Then there was that move most friends and family don’t realize- the time that my husband and I pointed to a place on a map blindly, after leaving active duty to join the reserves, unemployed, no money, and desperate to start over somewhere no one knew us after a near divorce; clutching everything within us to save a broken marriage.

That city...that was where we lived for 10 years and made the best friends of our lives, but it wasn't easy. I think I may have cried everyday the first two years because it was such a small town. That was a place where we were almost homeless and a couple who barely knew us, took our little family in and became our family. A place my husband grew his career in aviation, reconnected with his military roots, served in Afghanistan, while I stayed at home with three kids, and we bought our first home. That is where I had the best girlfriends I’ve ever known- the ones who showed up for us the day my brother was killed in action-friends I still try to visit no matter which state our heads land at night.

That place was seven moves ago...

There was Texas (again), from corporate housing, to another apartment, to our first custom home, and the surprise of our fourth child. It’s the place I wrote and published my first book, and served in youth ministry, hosted 15 (yes, 15) teenage boys for a weekend in our home, teens who had less than stellar home-lives. We held weekly bible studies and made more best friends.

Now here we go again, off to another state, after a year of being…here. Here in North Carolina (again), where we moved from 2800 square feet to a 300 square foot hotel, then two condos (one that was ridden with mold and the smell of dead fish), and a beautiful, quaint little rental home, all in the name of Hurricane Florence. It’s the place we ushered off our oldest to college and then welcomed her back home a few months later to help guide her as best as possible through depression and anxiety and a sometimes-debilitating disease.

It’s where we all fell in love with my 13-year old’s best friend, Ashlyn, who we consider like a daughter, I’m sure Bria is to their family as well- and probably the hardest reason for us to move away. I have tears just writing that. 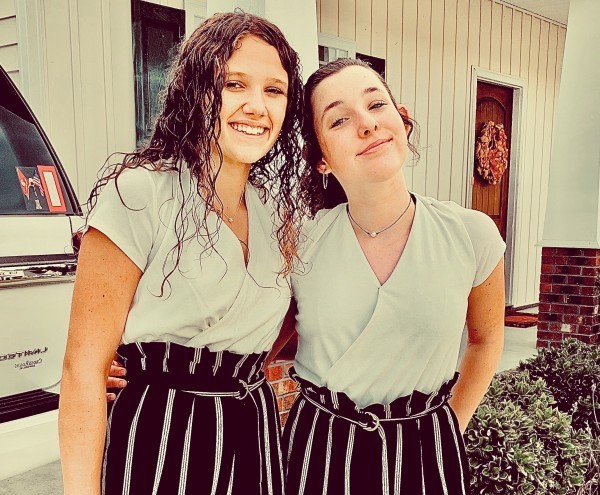 Friendships can go anywhere. What moving has taught me, in spite of my incredibly introverted self, is that God has blessed us in unexpected ways, given us beautiful friendships I wouldn’t have had otherwise- enough to last more than a lifetime, and resilient children that have learned that change isn’t a bad thing.

We've had a lot and we've had a little. We've experienced dire straits and we've lived in abundance. We've had to sell possessions to survive and we've willingly sold possessions to publish a book, make our dreams come true, or pursue degrees. We've given away so much over the years simply because there wasn't a Uhaul large enough.

We have learned to welcome the new and exciting adventures and to locate doctors before we even get there – and the closest Starbucks. Some of our highlights are whether the new town has a Costco, Trader Joe’s, or a Whataburger...or if we have to drive an hour to see a movie.

We’ve adapted to trying different homeschool curriculums that travel well, and we make more of an effort to connect the children in our new communities for friendship making opportunities.

But is it all worth it? I think we all would say "yes". Now, where’s my packing tape? 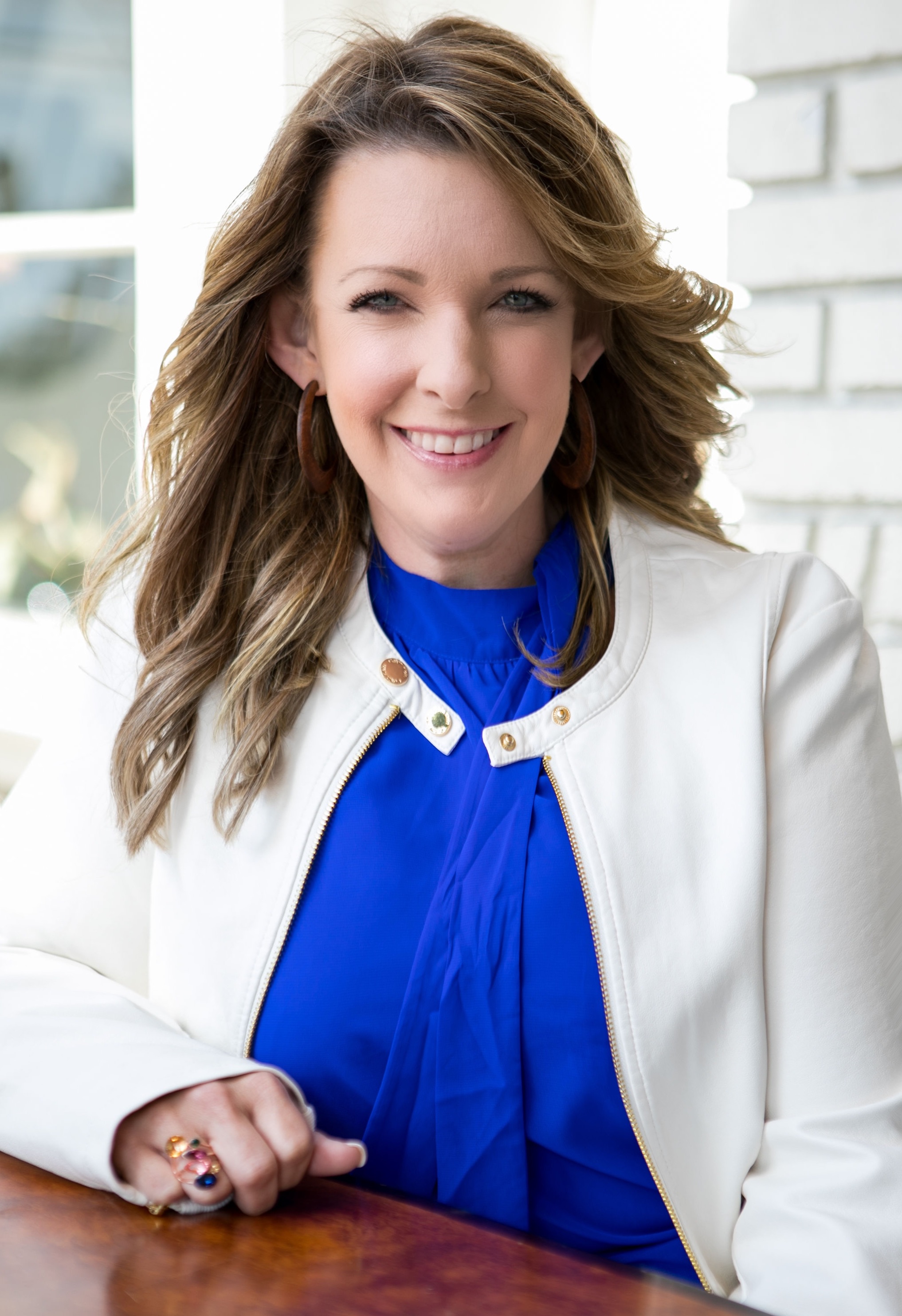