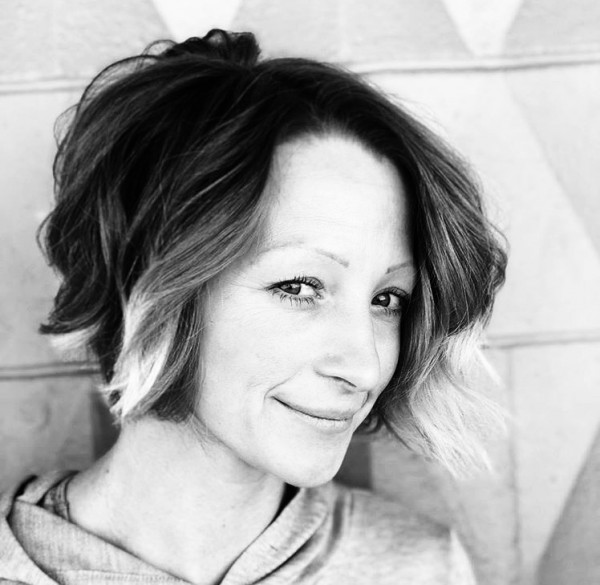 Once upon a time, there lived a woman, who despite having a birth name, would, from the age of twenty-six on, be known as "Mommy."

Mommy -- as those who love and depend on her affectionately call her -- once believed that marriage and motherhood were the stuff fairytales are made of.

You grow up longing to meet your prince who sweeps you off your feet and then after one (or a few) Emmy-Award-winning lovemaking sessions you conceive one or many love nuggets who are gorgeous, calm infants that turn into well-behaved children that you and your never-annoying spouse who does everything right can parent together.

Balancing work and home is a cake walk, and finances, well, those are never a stressor.

Isn't this what life is like; all that you pictured?

Heck to the no.

Once upon a time there lived a woman who, despite having a birth name, would, from the age of twenty-six on, be known as "Mommy," and though the naive dreamer in her had hopes that marriage and motherhood would be the stuff fairytales are made of, she had enough common sense and intelligence to forecast the challenges that lie ahead of her.

Being married to one's personality polar opposite is admittedly somewhat fun and exciting, but it can also be pretty baffling, at times, and incredibly frustrating.

And babies, though some are created with minimal planning, there's also those that require more strategy, effort, and patience.

As the babes grow, to no fault of anyone, so does the space between Mommy and her prince and the gap between Mommy, the many roles she plays and her true individual, at-the-core self.

Marriage is tense, maddening and taxing.

Parenting is demanding, imposing and fatiguing; physically and emotionally.

Guilt is your new best friend, and ultimate harmony is the holy grail you will relentlessly seek and never obtain.

The arduous nature of marriage is what makes it and the two in the union so extraordinary.

The griding attribute of parenting and its complexity is what makes it, the parent, their offspring, and the parent's relationship with their kid(s) so unique, unparalleled and remarkable.

That search for overarching contentment, for herself and those she loves, that is a defining feature of a mother's every day, is forcing her to decipher the blessings hidden within the wearing ordinary and monotony of her routine.

And, although guilt, an unwelcomed guest, seems to visit her disheveled being, on the daily, inside of her untidy home, it is the marker of a woman who is regularly pushing herself beyond what she thinks she is capable of.

So, yes -- once upon a time there lived a woman who, despite having a birth name, would, from the age of twenty-six on, be known as "Mommy," and though her marriage and motherhood journey looks nothing like the fairytales she was told and read about, she feels that hers is even better.

Because her story, though extremely magical and transformative, is anything but fiction.

It's the story of big and small heroes and heroines who together face menial and more substantial challenges, through which, as individuals and as a family, they become better and grow; in their capacity for unconditional love and their faith in themselves, each other and God.

To the men who lament what parenting has done to your wife and marriage: Get Over Yourself
Hi Mom, I Want to Say Thank You.
Her one deficit is believing that she isn't enough
advertisement

To the men who lament what parenting has done to your wife and marriage: Get Over Yourself
Hi Mom, I Want to Say Thank You.
Her one deficit is believing that she isn't enough