No, She Wasn't A Premie

Published by Renee Schoenbeck on November 9, 2017 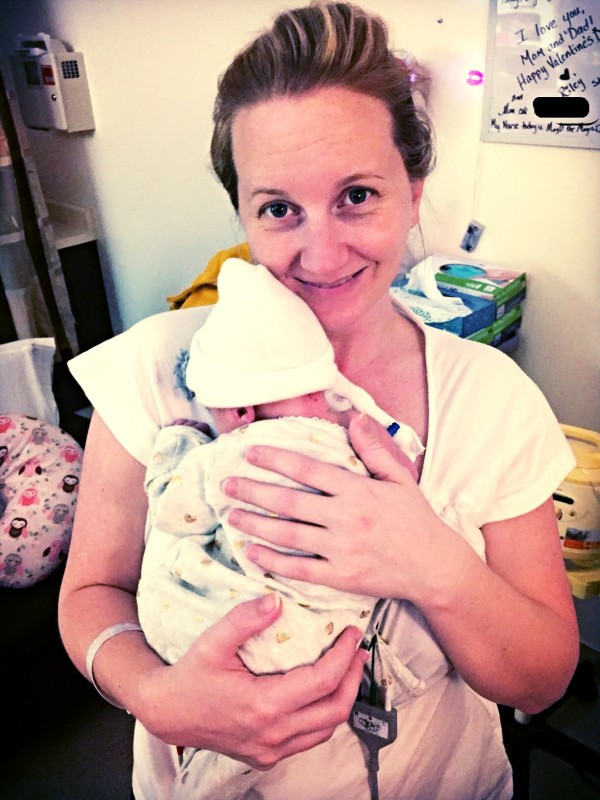 No, I didn’t test positive for Group B-Strep.

It was 3am and after attempting to tell multiple nurses and the pediatrician on rotation that something seemed off with Riley, Russell was holding our daughter when I sensed something was imminently wrong. He must have shared the feeling because before I could get the question out, he was telling me to call for help. He hit a big red button (thinking it was a panic button) which turned on all of the lights in our previously dimly lit room, and that’s when I saw my little girl, eyes wide open, and blue as can be. She had stopped breathing. Telling you that my heart sunk would be an understatement.

I grabbed the cord that was attached to the shower and pulled it and two steps later I had opened the door from our hospital room to the hallway and was screaming “HELP! HELP US! PLEASE! SOMEONE HELP!” As I was yelling, I saw a team of nurses running toward our room.

Despite the terror, a panicked sense of composure came over both of us amidst the dread. The rush of adrenaline allowed us to think exceptionally well. Russell locked eyes with one of the nurses, Chelsey, and handed Riley to her. Russell later confided that Chelsey wasn’t even the first nurse to arrive, but there was something about Chelsey that gave him the thought “this is the nurse you need to give Riley to.” Throughout our stay we discovered that Chelsey was one of the top NICU nurses at Avista and a former NICU mom herself. Most importantly, she saved Riley’s life.

Calmly and earnestly, Chelsey assessed Riley to see if she was choking. It was so quiet. Russell and I were standing, staring at our new baby. Waiting. Hoping. Tears still hadn’t set in. A nurse asked us what happened and Russell said “She just… stopped breathing. She just stopped. I don’t know.”

Our room was supposed to be set up with a bulb syringe and it wasn’t, so Chelsey was scooping the inside of Riley’s mouth making sure her airway wasn’t blocked. She calmly asked someone to get her a bulb syringe and in the meantime, she made a makeshift tube out of something in the room, and put it down Riley’s throat, and sucked. Nothing came out. At that point, she started rubbing Riley’s back and saying to Riley “Come on sweet girl, breathe. You are scaring your parents. Come on strong girl. You can do it.” There are no words to describe the dichotomous environment of both incredible stillness and prompt swiftness. Every sensation was heightened. I was acutely aware of my surroundings and yet surely I must have been dreaming.

We stood. We waited. We hoped.

Noticing the commotion, the nurse who had been assigned to care for me post partum rushed to our room. Chelsey asked my nurse to give her some background on “this baby”. My nurse must have seen how blue Riley was and was shocked. She stared, too, then said “I have to go get my paperwork,” as she quickly walked away to get Riley’s patient file. That’s when I started rattling off information to Chelsey.

“Her name is Riley Schoenbeck. She was born at 40 weeks, 4 days perfectly healthy. I am healthy. She was 6 pounds, 2 ounces, and she has been breastfeeding well. My water broke at 11pm and I delivered her at 5:21am.”

The silence broke and Riley started crying. That’s when Russell and I lost it. Gasping for air between sobs, we held each other while Chelsey held Riley and assessed her further. The fear, shock, terror, helplessness, sleep deprivation, love, devastation, relief, and hormones all smacked me in the face in that moment. Seconds later, my relief was replaced with another round of terror. Riley was turning blue again. Chelsey went back to assessing, rubbing, patting, flipping her over from belly to back, and all over again. Moments later, we heard a cry.

Chelsey asked us a few more questions, I can’t remember what- and then calmly said “It’s normal for babies to have longer intervals between breaths, but what we are seeing here is that Riley is completely stopping breathing for a sustained amount of time. We need to take her to the NICU, right down the hall, and observe her.”

I didn’t know what to do. I physically stepped back, creating distance from Riley as if I might break her, and between tears I said “Ok. Whatever you need to do.” Helplessness took over. I was sick to my stomach and my thoughts were racing. Before I had a chance to even process those emotions, Chelsey said “You can come, too! You can be near her and once we figure out our next steps, you can hold her and nurse her. Please, come with us. She needs her mom”. The words resonated. She needs her mom. I’m not a religious person, but I thank the universe for Chelsey.

Off to the NICU we went.

A few hours later we discovered that Riley had some sort of infection, (babies that young respond the same way to all infections, so we don’t know what it was or how she got it) and would need to be on two doses of strong antibiotics for three days. Three days turned into seven, which made nine total in the hospital. 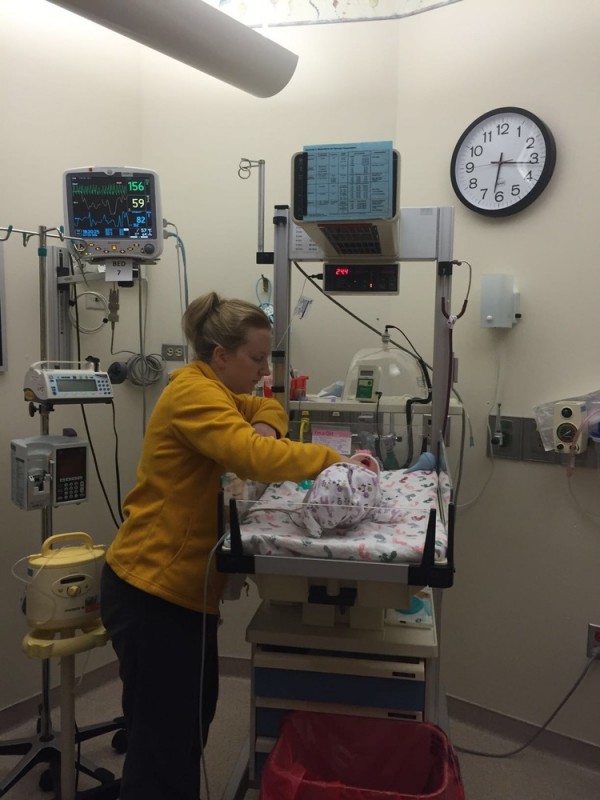 We called these “breathing episodes” many names over the next 7 days. Blue Spells. Desats. Dusky Spells. One thing was constant: they were terrorizing. And they continued to happen fairly regularly until about day 4 of the antibiotics.

7 days of IVs. 7 days of a facial rash all over Riley’s mouth from her arm board rubbing up against her face. 7 days of monitors constantly doning out false alarms, and occasionally, real ones. Those were the scariest, and not just when they were our baby. 7 days of parents coming in and out, smiling, tearful, hopeful, depleted. We were all terrified to hold our babies but desperately craving the connection. The first three days we had to just wait and hope that “all this was” was an infection. The only way to find out would be to wait and see if her blood results came back improved after three days of antibiotics. The moments were long; the days, an eternity. Everything was celebrated. Her first real poop. Any burp. Weight gain. The first time she coughed. Mastering the suck-swallow-breathe combo (a trifecta of skills we all should be proud to have mastered!). The NICU nurses were our allies while Google was an enemy.

Finally, we brought our healthy little girl home. Those 9 days in the hospital were far from planned, and far shorter than some parents’ experiences. In moments of peace, I found comfort in reading other people’s experiences with the NICU. I had been “welcomed” to a club that no one really wants to be part of but that offers the biggest hugs and the warmest smiles. It’s a judgement-free club where everyone is giving all that they can to their babies, and whatever is left is for one another. We all want everyone to be okay. 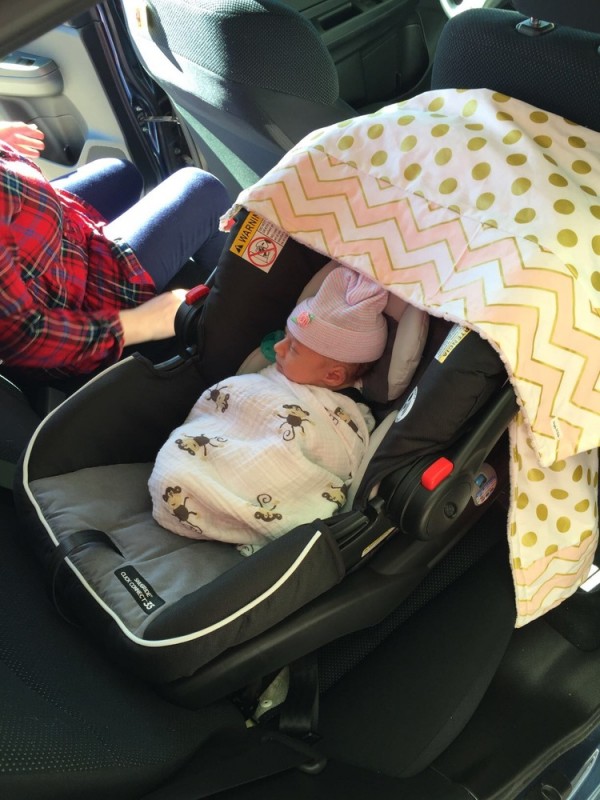 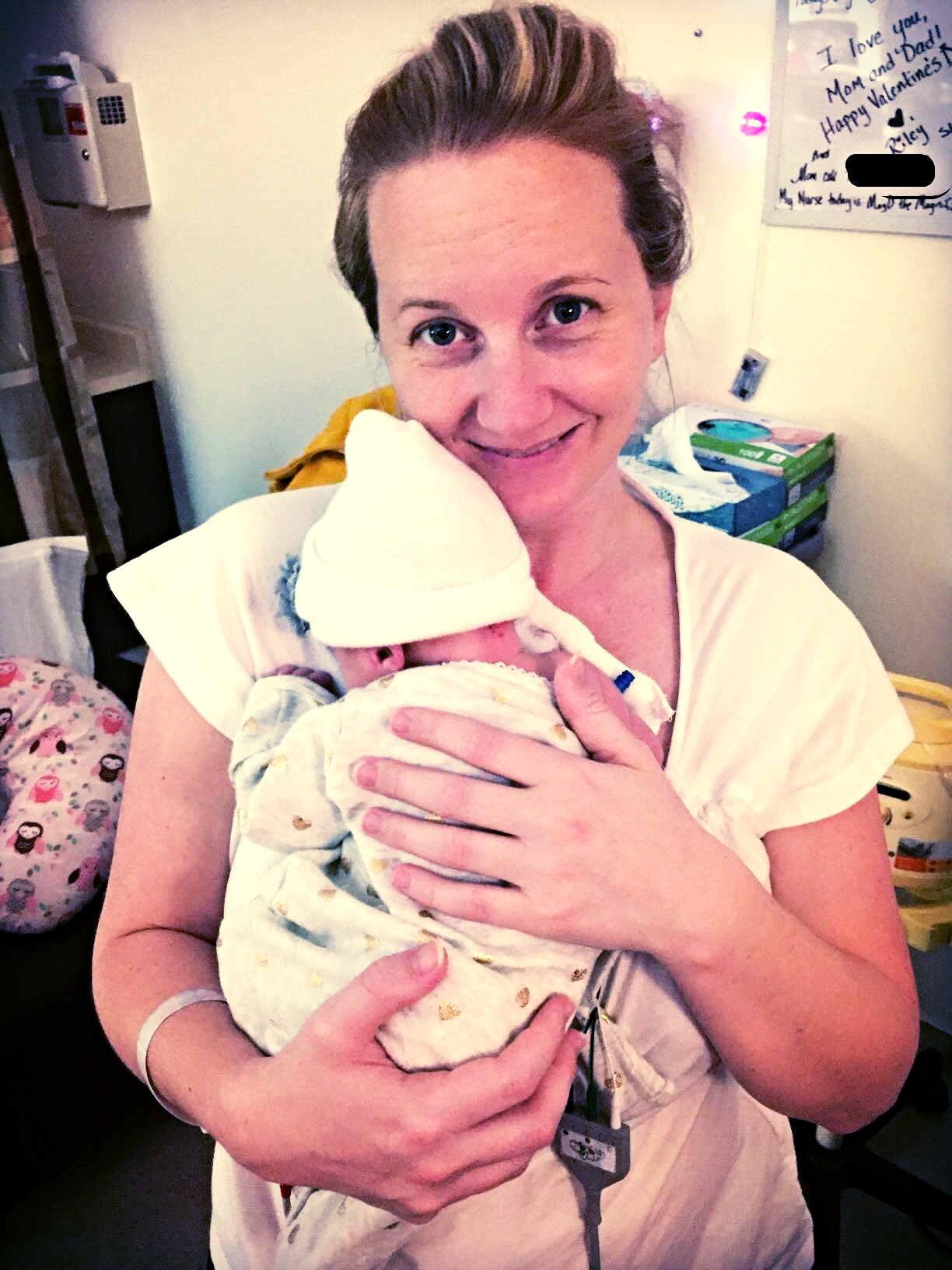 10 hours and 13 days. The Conner twins
Born Before Viability
After 73 days in the NICU, we are finally home
advertisement

10 hours and 13 days. The Conner twins
Born Before Viability
After 73 days in the NICU, we are finally home