No one is as awesome as they seem 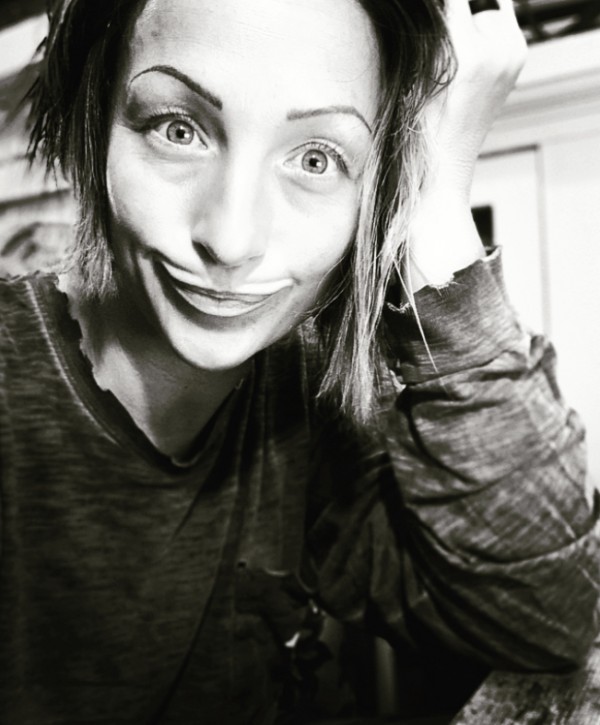 And saying that sh*t two times is not me tooting my own horn,

I'm just repeating it because it's either really f*cking amazing,

it's just a thing that happened...

and though it's pretty freakin' cool, in my and a few others' eyes,

there's a lot I haven't/didn't do in the last five months, and that's worth noting too.

I did a great thing.

An impressive thing even.

But doing something great doesn't make you great.

Because in the last five months,

been impatient with my kids and husband,

been a less than helpful and there-for-you-at-the-drop-of-a-hat kind of friend,

set off the fire alarm and burned dinner *at least* ten times,

been on coffee, wine, meat, and cheese bender for 150+ days,

been less than grace-giving,

and haven't worn an adult woman bra, fancy women's shoes, or anything other than workout pants for more than an hour a day.

I haven't won any awards for my work, and I'm sure as heck not winning at home or amongst the neighborhood gals.

I spent more to produce and publish my books than I'll probably ever make in sales.

And, in the last five months, I've spent more time connecting with my computer than my kids.

So while I sure did do "a lot" over the last half a year,

there's also a lot I didn't do, and even more, I continue to try to do but can't seem to get right.

And this personal acknowledgment isn't intended to sound pity-seeking and self-deprecating.

It's just meant to be a reminder to you and myself that no one is as awesome as they seem.

As hot as their IG account makes them look.

As brilliant as their portfolio portrays them.

As confident as they project.

No one is killing it at work, at home, and in their relationships.

No one is all-around successful in

And if you didn't,

or never did think I was impressive,

No more impressive than you, that is.

Because not a single of us is any more accomplished than another.

The doctor who graduated from med school and is recognized for all his contributions might not be making those same contributions at home with his wife and his family.

The lawyer whose name you see on billboards all over town, the one who just bought his second vacation home, might never actually take those vacations because instead, he takes with him on them his hidden-from-others debilitating depression and anxiety.

The remarkable female in the boardroom, the one who founded and runs her own successful business, might regularly be all up in other people's because she doesn't have much to stake claim to outside of her own.

The middle-aged mother of three, who wrote three books in less than six months, none of which are bestsellers, might struggle with anxiety, self-confidence, not yelling at her kids, and balancing motherhood and marriage with selfhood.

You see, we're all just a bunch of average Janes and Joes trying to be anything but.

And, occasionally, we succeed at convincing others and ourselves that we are.
But I like Jane.

We seem to have this way we look at other people.

But then we take 'em off when we take a look at or examine ourselves.

Let's remove 'em all together, and with it, also take off the weight of our or other people's expectations for us and ours for them.

Let's just be and let others do the same.

And let's just do OR NOT, on any given day.

And let's let it stop there and have it be ENOUGH.

The Happy Parent's Mantra: GOOD ENOUGH!
To the man in the library checkout line whom my children and I frustrated
5 ways to celebrate Black history with your kids
advertisement

The Happy Parent's Mantra: GOOD ENOUGH!
To the man in the library checkout line whom my children and I frustrated
5 ways to celebrate Black history with your kids