My Time As a Truck Operator 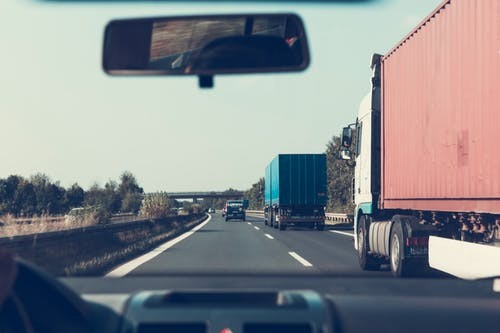 Only a small percentage of women are truck drivers in the U.S. and I am proud to be one of them. I believe being a truck driver has given me confidence and sense of empowerment I never had before. It has also given me the opportunity to support my family financially.

Women truck drivers have many different job titles and can apply for many different types of jobs. In some cases where jobs are more specialized, extra training may be required. This applies to jobs like driving boom trucks. In other cases, you may simply have to be willing to learn new skills.

Why I decided to become a truck driver

I first started thinking about becoming a truck driver when I was a mother of forty-three with two children. My husband and I were both unemployed at the time and battling to find work. I realized that driving was one of my strengths.

I thought about how much I enjoyed driving and that people had often commented on my driving skills. I remember pointing at a tractor when I was a young kid growing up on a farm and asking when I would be able to learn to drive it.

Getting my commercial driver’s license

When I began to look at driving jobs, all I saw was commercial driver’s license (CDL) positions. I decided I needed to earn my CDL license and did a course of more than five months.

The school had been recommended to me and I found out later I made the right choice because some schools are flagged as ‘don’t hire’ because companies know they don’t train their students adequately.

One of the reasons I decided to become a truck driver is because of the fair pay. I knew this job would be a way to help my family at a time when our financial circumstances were dire. Carriers set pay based on mileage, hours or load percentage and not on your age, nationality or gender.

Joining the Women in Trucking Association, a non-profit organization, helped me to learn more about what I could expect as a woman in the industry and it made me realize what other women truck drivers were achieving.

My first year on the road

When I first started driving a truck, I was on the road for about three weeks at a time which was very tough for me and my family. I would drive for about 10 hours or so a day and after the three weeks on the road, I would take a two or three-day break to spend time with my family.

There are not many other jobs that require being away from family and friends for such a length of time, so as a career choice, it’s pretty much in a league of its own. The solitude can take its toll even on someone who loves solitude like me.

When I pulled into a loading dock, I found I was often met with skepticism from the men drivers who would watch me as I backed the rig. I realized the industry still has a way to go before women feel completely welcome. What I did enjoy about the job was the chance to improve my driving skills and to see different parts of the country.

I don’t regret my decision

After a while on the road, I didn’t feel like I had to prove myself to anyone anymore. I knew I could do my job well and I eventually earned the respect of even male drivers who would commend me for my driving skills. 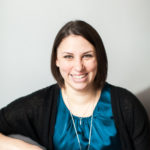 As a first time mom, moving to a new town and a new state is chaotic and Melainy and her family are embracing the challenge, Follow her blog and laugh at all of the hilarious 1st time mom adventures she encounters.

10 Safe Driving Tips for Teens
How to Get Your Young Driver Car Insurance. Tips for Parents
Let's Be Better Parents, and Stop Texting and Driving
advertisement

10 Safe Driving Tips for Teens
How to Get Your Young Driver Car Insurance. Tips for Parents
Let's Be Better Parents, and Stop Texting and Driving